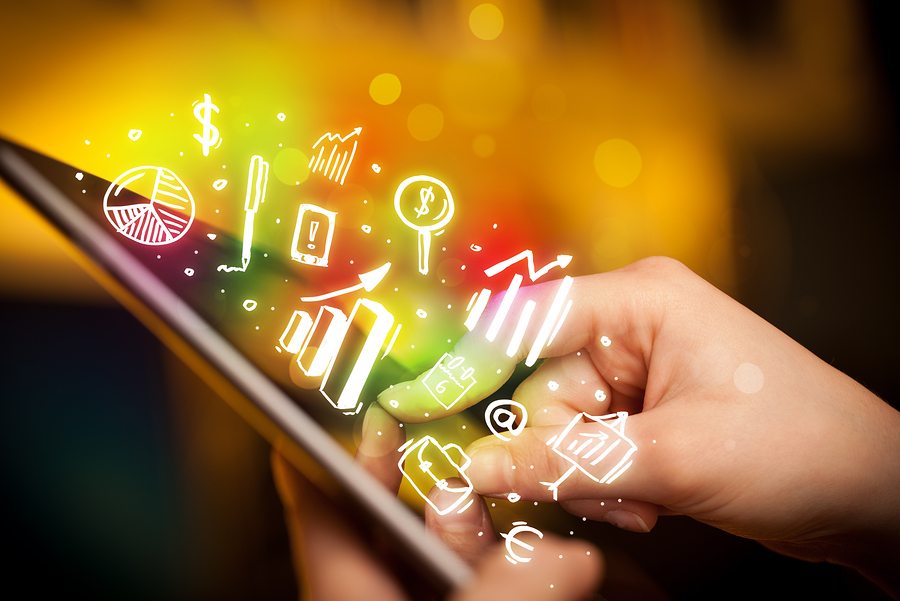 Global social media facts are often so large they are hard to wrap our neurons around. One billion today and 10 billion next year.

It turned in another strong quarter with some surprising statistics, such as a 247% increase in ad prices, hints at Facebook groups spinning out into their own app and no desire to build their own payments platform.

Keep reading for a quick summary of the most important parts of the earnings call including my own analysis and what the future of Facebook marketing looks like for businesses.

Facebook facts and statistics everyone will be talking about

Here are 22 top facts and figures that make interesting reading. The growing role of mobile is the standout! 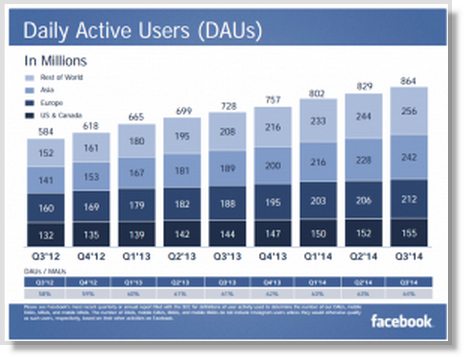 What these stats mean for you

First, business will die if they automate content creation and post generic content not highly relevant to their followers. As tools help both consumers and businesses create content faster, competition for exposure in the Facebook newsfeed will only increase.  Remember, the world cup generated 10b interactions just by itself and public figures averaged 1b interactions per day in September. The businesses that continue to get high engagement will be the ones that invest in telling personalized stories and creating deep experiences for fans. If you’re looking for creative engagement ideas, click here and click the “show me more ideas” button in the bottom right.

2. You will need to make your Facebook ads more effective

Second, ad prices increased 247%! This means businesses will need to get more clear on who their ideal customer is if they want to generate a positive ROI using Facebook ads. A simple but highly effective strategy is to capture the email addresses of your Facebook fans and then retarget them by uploading their emails into Facebook’s advertising platform. Use a Facebook contest platform like the one Jeff uses which is averaging a 17.5% conversion rate from fan to email address over the last 2,000 campaigns launched. If you haven’t organically grown your page to at least 500 fans, this strategy will not work. I recommend you focus on getting engagement first using a free tool like timeline contest creator and remember that 456m users are only using Facebook on their mobile each day. Make content easy to engage from on a mobile device. 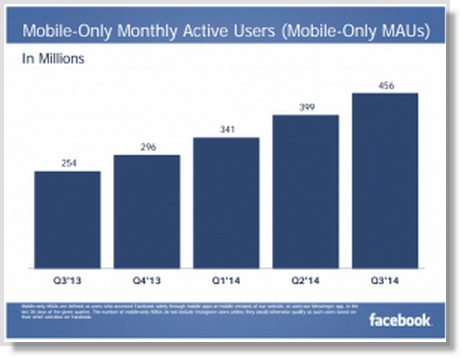 1. Facebook will spin groups out into their own app within the next year

Mark specifically said that the mobile app ecosystem likes apps that are very good at doing one thing really well. He also stated that in Facebook’s effort to connect the world, reaching 1b users per app is a critical milestone to begin monetization.

Speculation around Facebook creating it’s own payments platform post-poaching of Paypal’s CEO is unfounded. Facebook will take a partnership approach to creating a seamless payment experience on the platform versus building something themselves. This is good news for Paypal, Stripe, and other major players in the online payments space. 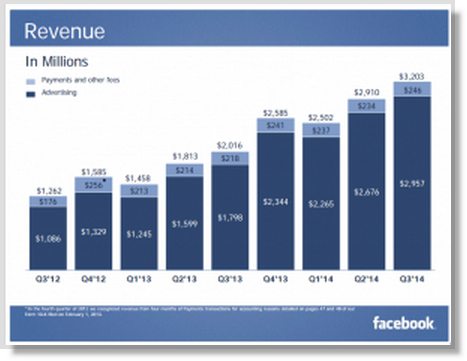 3. Facebook’s mission is to connect the world

Facebook will focus on connecting and understanding the digital world and building the next generation computing platform over the next 3-10 years. In the short term (3 years) they’ll grow and serve the existing community of 864m daily Facebook users and 700m daily users of Facebook groups as an example. To date, Facebook users viewed video 1b times per day in September and spent 21 minutes per day on Instagram. In the mid term (5 years) they’ll focus on making Messenger, Whatsapp, search, and Instagram into their own business behemoths by helping them reach 1b users. Whatsapp is at 600m users and well on the path to reach 1b in mid term. Over the long term (10 years) Facebook will focus on getting more of the worlds population internet via internet.org and on creating the next great computing platform via Oculus rift. Mark believes Oculus is well placed to shape the long term of computing. He says:

“Virtual and augmented reality will be part of future of computing over next 10-15 years“.

Tell me in the comments

Did any of these figures surprise you?