Even with the huge emphasis placed on permission marketing lately, so many marketers still fail to understand that consumers don’t like to be yelled at. 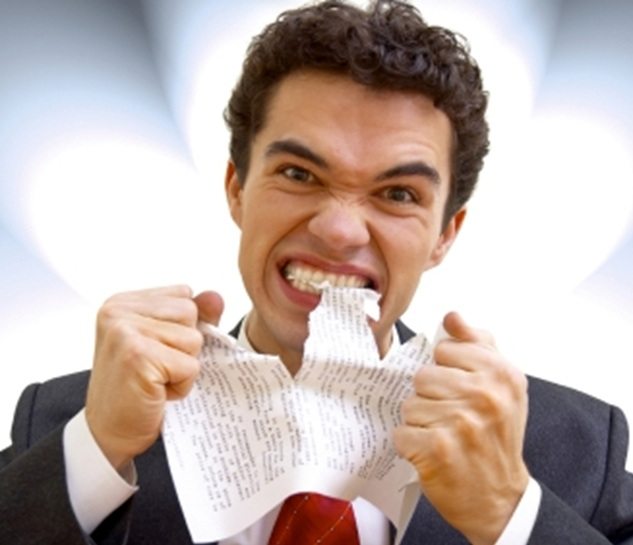 It doesn’t matter if you’re selling cars, advertising a laundromat, or trying to bring readers to your blog — if your social media strategy is to push, push, yell, and push, you’re not going anywhere.

There are five unfortunately popular examples below describing the annoying pushing and yelling that still plagues social media. Are you using any of these tactics?

When someone follows you on Twitter, there isn’t an implicit agreement saying it’s okay to send them a direct message. Twitter isn’t an email list, it’s a conversation. It’s a conversation centered around the concept of giving before receiving. So, that automated DM requesting a LIKE on your Facebook page when you’ve done literally nothing valuable for that new follower is a bit greedy to say the least.

Sending an automated DM to every new person who follows you is bad Twitter etiquette and it’s plainly hypocritical when your Twitter bio brags about how your mantra for social media success is “engagement.”

There’s nothing genuinely engaging about an automated DM you send to every new follower. Don’t kid yourself: It’s beyond easy to spot them too — automated DMs read like an advertisement, have generic messages, and usually aren’t personalized. People catch on with ease. That’s no way to start a relationship with a new follower.

I’m not sure why every feature on a new social network needs to be abused. As they say, “marketers ruin everything.” That’s a pretty dismal notion, but as a fellow marketer, I have to say we need to be very careful how we use the tools placed in front of us.

Simply because we have an opportunity to push our message to a wider audience doesn’t necessarily mean we always should.

Since Google+ has been growing in popularity, I’ve seen an increase in the number of people using the feature that allows you to share posts directly with people — this sends both a Google+ notification and an email to the receiver.

It’s not a big problem to use this feature occasionally, especially if you’re very selective with who you’re sending the post, but it has the potential to quickly spiral out of control. If you just had a major breakthrough and got published on Forbes or another big name blog, that’s awesome and you should let people know. On the flip side, you don’t need to directly notify people about every new post you publish. This will quickly get your account flagged as spam from a lot of people.

#3. Inviting Everyone and Their Mothers to Contribute to Your Pinterest Group Board

I haven’t seen too many complaints about this yet, but it’s a growing problem. I’ve been getting a lot of invites on Pinterest from random people asking me to contribute to their group Pinterest boards and let me say this:

No, I don’t really want to pin on your Pinterest board. I’ve never met you or had any interaction with you anywhere in the social media sphere.

Group Pinterest boards were definitely meant for collaboration, there’s no doubt about that. However, I doubt the creators of Pinterest envisioned users spamming invites to people who have shared no interactions in the past. If you have relationships with a group of people, collaborating on a group Pinterest board can be a great social media tactic.

The key is the relationship should already exist. If you want to collaborate on a Pinterest board with someone, at least introduce yourself first via a tweet, blog comment, or some other means. Yes, it slows down the process and spamming is easier, but you’re likely to get more people to collaborate if you don’t spam and you’re just being annoying otherwise.

This isn’t so much an issue of permission-based marketing as it is simply looking like you don’t know what you’re doing.

If you’re a social media marketer at any level and you’re using hashtags on Facebook, there’s a big problem. Of course, most people who do this will say they have their Twitter and Facebook accounts linked.

While I’m not a big fan of connecting accounts, I realize it have benefits in some cases. However, you should be very careful when cross-posting on multiple networks, because using hashtags on Facebook is a shot to your credibility as a social media marketer.

Apart from that, it’s annoying! Hashtags have absolutely no functional value on Facebook as they do on Twitter, Google+, or Pinterest and it really does irk some people when they see hashtags on Facebook. Perception is reality in marketing, so it’s in your best interests to protect your perception.

I decided to turn off community invites entirely about two weeks ago, because it just got out of control.

If you insist on inviting people to your Google+ Community, please take the time to target your invites to people who show at least some slight interest in the topic of your Community. For one, it’s simply good manners. For two, it keeps your account from getting marked as spam and subsequently suspended or banned.

What We Need Here is a Little Empathy

I understand we’re all trying to get our messages out there. We want people to see what we’re doing and we want them to love us. That’s a basic human desire and it can definitely be hard to tame.

Let’s pause for a second, though. As humans, we have the ability to step outside our own minds to a degree. We’re able to place ourselves in the shoes of others and feel what they’re feeling — that is the very essence of empathy and at the core of making ethical decisions.

Try this little exercise: The next time you’re sending an automated DM, community invite, email, making a Facebook update, or carrying out any other digital marketing effort, genuinely try to put yourself in the shoes of the person who will be on the receiving end of your message. If you were on the receiving end:

Relationships are built on trust and selflessness, not a constant ring of, “Give me, give me, give me.” Every detail matters in marketing, so I challenge you to take this exercise seriously the next time you’re preparing to send a message to others via social media.

Guest Author: Jonathan Payne (@SocialGamePlan) is the founder of My Social Game Plan, a social media marketing blog helping digital marketers build their online presences. You can connect with Jonathan via the  Social Game Plan Newsletter.

Want to learn how to create great content for your blog?