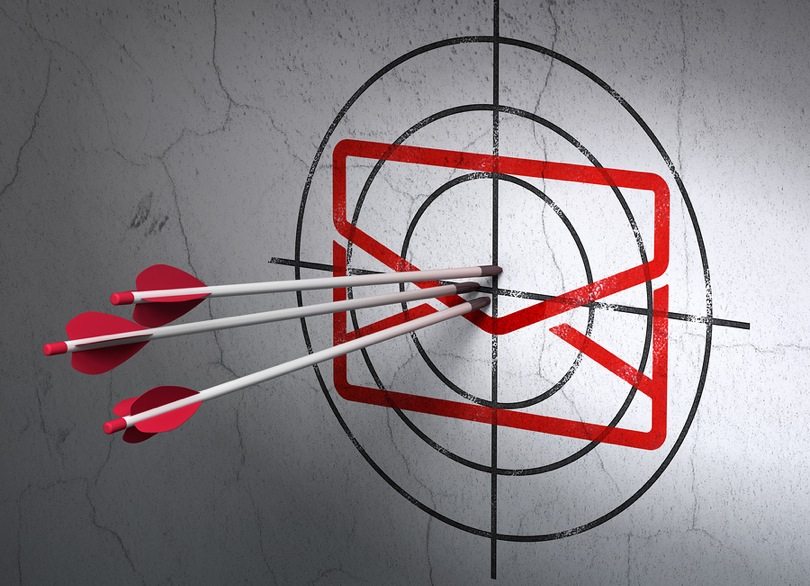 Sending a bulk email is an irreversible process. You cannot undo it, edit it, or pull it back from the subscriber’s inbox.

It’s done, and you can do nothing even if you immediately realize that you have committed a blunder just like the New York Times employee who sent an email to its list of 8 million+ people, which was only supposed to be sent to just 300 people.

Since there is no second chance, the wisdom is in ensuring that you send the right email the first time. Period. Mailchimp outrightly suggests to “recruit someone to proof the campaign for you.”

However, making mistakes is like a fart. Despite your resistance, you can’t stop it from coming wherever and whenever. So, in this post, we have identified some of the common, yet not so obvious mistakes, which email marketers make while setting up an email marketing campaign.

The subject line is critical to your open rate so it is understandable why it is more than often advised by marketers to exploit mystery, questions, offers or their combinations in the subject line.

Now before I make my point, two quick pointers:

Now think back again, users get your email notifications on mobile and they are overwhelmed already. The amount of notifications that they receive has surpassed their capability to inspect them all. The declining attention span of humans is oft-repeated and sadly, true. So, given these details, if you still try to puzzle your user with a baity, ambiguous subject line then you are clearly increasing their problems.

Most posts on internet tell you tricks about how to increase your open rate. Using them might cause a surge in ‘open rate’ but the user experience will be badly impacted.

That’s not to say you can’t use tricks. What I am emphasizing is that your subject line should be an extension of your email body and not a decoy.

This point actually warrants a whole post and I recommend you this piece by Alex Danco.

Notifications run our lives now. Is there room for any more?

For folks not acquainted with this term, this is called the pre-header.

As evident, the pre-header is a critical space that adds context to your email and helps users in deciding whether or not to open the email, yet many companies don’t make the most of them…

Now for a good example from Carol Tice who runs a writers community.

The question of whether or not I would click would depend on a lot of other things but the pre-header in this mail in conjunction with the subject line makes a strong case for itself and also eliminates any ambiguity whatsoever.

The default email client pulls the first textual content from your email for the pre-header but you can also add a custom one (hidden pre-header) by adding a couple of lines of code, however, it carries the risk of getting spammed.

Either way, whatever you choose, avoid ignoring your pre-header in any case.

Drop it. Ditch the email campaign. Now. Because you don’t want to end up like Jabong.

Jabong sent (until I unsubscribed) image-only promotional emails and…

So, if you too are sending an image-only email, postpone the campaign and reframe the entire content again. Don’t be like Jabong.

Having a single click unsubscribe is ethical practice and I use to commend doing it until I realized a critical downside it has.

On a small mobile screen where apparently 68% of the emails are opened, we are prone to clicking on links that we didn’t actually intend to. People with a fat thumb like mine could perhaps relate better. So, if a user happens to accidentally click on the ‘unsubscribe’ link and there is no second step in the flow which lets them reverse their decision, then you just lost a hard-earned subscriber.

Do you think I am giving myself a pleasant benefit of the doubt? A user on medium ran an experiment on unsubscribe flow and made it a two step process from the single step. Doing that, he managed to reduce his unsubscribe rate by 19%. The conclusion was that his subscribers weren’t always willing to unsubscribe and did it accidentally on many occasions.

Sending an email from one such address is like telling the user; “hey, I’ve got neither interest nor time to listen to you so don’t bother writing back and quietly read my spammy email because you know what my favorite tee says? ” 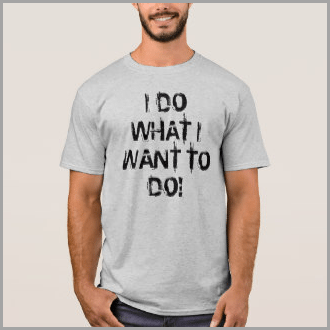 This is exactly what it conveys to the user if not the more disconcerting version of it.

Sending an email from a ‘no-reply’ is a big NO because it’s rude, it triggers spam filters and most importantly the world transitioned from no-reply to please-please-reply long ago.

Ability to schedule a tweet, blog post and email is a huge relief for marketers especially the ones who are targeting an audience in various time-zones. In fact, there is an entire industry which is built to address your scheduling pains. *cough* Buffer *cough*.

However, scheduling can create more problems than it has ever solved if something terrible, which is against the spirit of your message, inadvertently happens at the scheduled time of your email.

Case in point – A hotel chain created a controversy by sending an email about their new Sea World’s hypercoaster just hours after a kid’s body was retrieved from Disney’s Seven Seas Lagoon. While, there was nothing intentional on Hilton’s side. Their staff had just scheduled the email in advance and forgotten about it until it backfired.

While there is no concrete solution to this problem except to try being wary of your message until its scheduled time. Avoid keeping a time-span of more than 24 hours.

7. No ALT text for an image

Why use ALT text?

Email clients are highly wary of images in newsletters and more than often display them only upon receiving explicit permission from the user. In the situation of the image not being loaded the only thing that could explain context to the user is ALT text.

Another reason you should be using ALT text is for the visually impaired users who use screen readers.

In fact, it is even possible to add CSS to alt text to sync it with the rest of the email even if the image doesn’t load.

Except for a couple of them, all the popular webmail clients render styled ALT text.

A few days backs I got a regular newsletter from a company and this is what I wrote to them.

Apparently, the CTA in the newsletter was pointing to a wrong link.

This is another instance of an image not being hyperlinked. 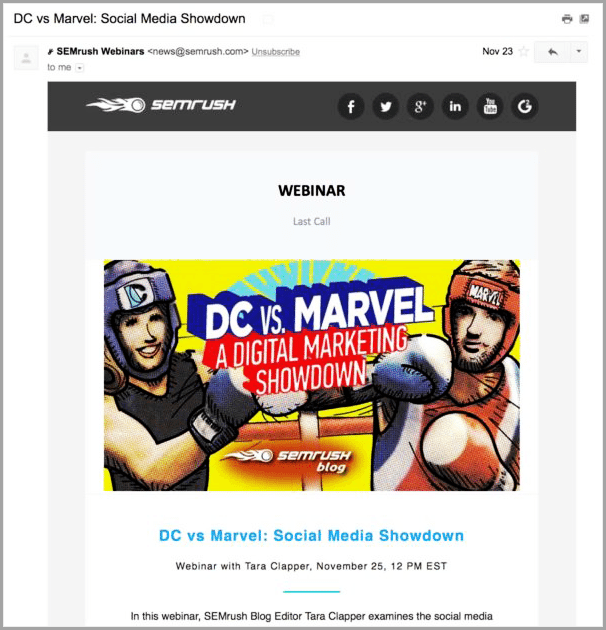 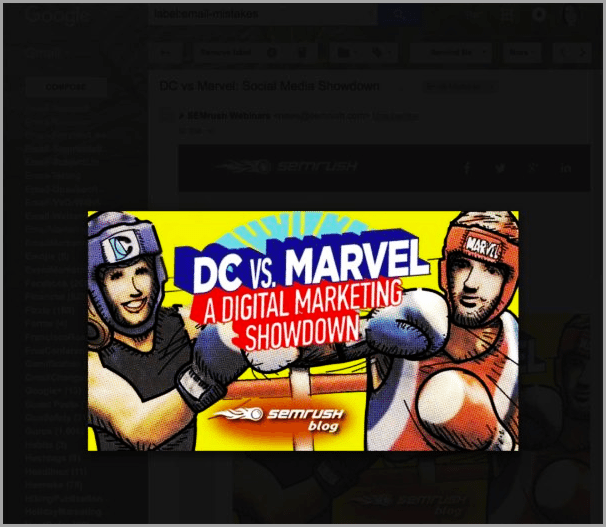 A wrong hyperlink can solely destruct the virtue of your entire newsletter. Consciously scrutinize your test email to ensure that you don’t commit this blunder, in fact, get your email proofed by a colleague just for this particular thing. 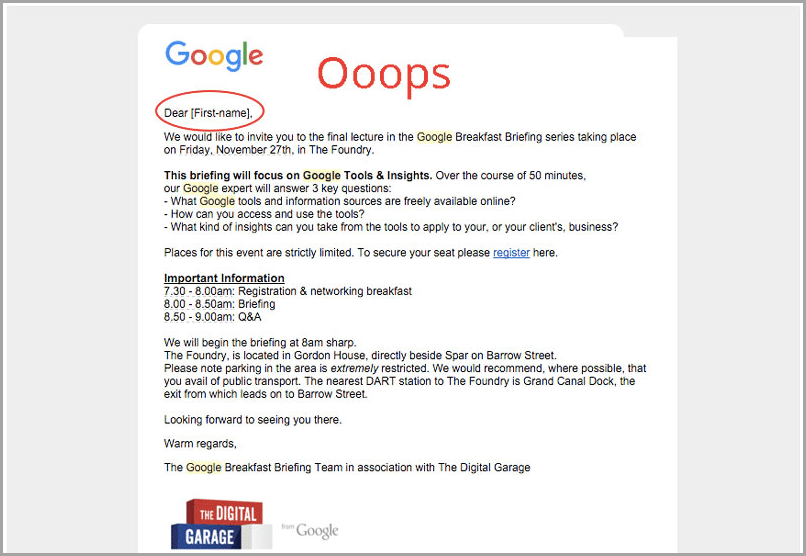 This attempt is weird at so many levels. Your entire attempt at personalization is thrown out of the window on the top floor of Burj Khalifa and is crushed by a roller when it drops on the surface.

Further, as much as the tendency to use “Hi %%first_name%%” in newsletters is common with email marketers, the success of doing it is very disputed partly because of the users like this

Besides another disadvantage of using the variables is this…..

Needless to say, not all the attributes of the user like [first_name] are updated in the database and this could lead to a faux pas as shown above.

So, if you happen to use the variables in your email, be wary of all the possibilities.

Also, try to use conditional logic instead of plain variables wherever you can. Learn more about this at Web Engage’s help article

9. Sending to the entire database

No gyan on segmentation from me. If all the articles on the web educating about segmentation were collated together it would perhaps still need two new AWS’s to hold them together.

But yet, the same marketer who posts #knowyouraudience, #targeting, #segmentationisthenewnation on Twitter, Facebook and Snapchat sends a “new blog” email to the entire database even to the ones who hadn’t even heard their name.

There are plenty other mistakes that we make but I only included the most lethal ones. If you have any suggestions that we should have added to the list or your own story of making a mistake which eventually cost you badly, share it in the comments.

Guest Author: Ajit Singh is a part of marketing at WebEngage, the Marketing Cloud for consumer businesses. He writes on marketing automation at WebEngage Monk. JeffBullas readers can get access to WebEngage’s latest eBook “A Marketers Guide to Mobile Push Notifications” here.