How to Rapidly Get Your Content Noticed Without Spending A Cent 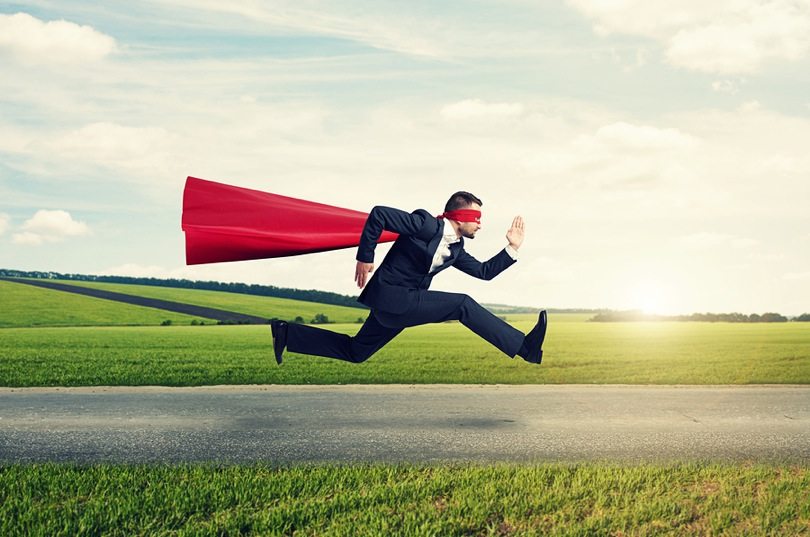 It’s easy when you’re BuzzFeed. 7 million likes on Facebook. 3 million followers on Twitter. Enough linking domains and domain authority to compete with pretty much any website.

Heck, they could publish a live feed of paint drying and a thousand people would watch and share it.

But what if you’re not BuzzFeed or the various other sites I could use as an example?

What if you’re a small business with no social profiles of note and a fraction of the resources available to the online powerhouses? For most businesses, that’s the case and their blog posts and other content marketing efforts are going unloved.

There are countless articles highlighting some top-notch pieces of content marketing, but most of the examples mentioned are created by the likes of BuzzFeed or Huffington Post that are instantly lapped up by their already-established audience. And for the average content marketer, that’s of no use whatsoever.

1. Put the ground work in early

If you’ve developed a killer piece of content that you’re expecting results from, you need to have a distribution plan in place from the outset. Starting your outreach or PR after your content has gone live is going to severely hamper your chances of it getting noticed.

Sure, you might get a few links or a handful of social shares, but you’re going to have a much better success rate if you start as early on in the process as possible.

Building relationships with industry and media influencers is fairly well recognized as a key step to getting your content out there. After all, whose emails are you more likely to read? One from someone you’ve never spoken to before or one from a person you’ve interacted with on several occasions?

This can take time, but it’s worth putting the effort in. If you can get someone with thousands of Twitter followers or a magazine with a huge Facebook reach to share your content, then they’re doing most of the work for you.

Consider the internet as a courtroom. Your website is on trial and your customers are the jury. It’s your job to fight your site’s case and win the jury round, and the only way you can do that is through strong, compelling evidence.

The same goes for your content. With literally millions of pieces of content being produced every day, you have to ensure yours is backed up by only the strongest data or opinion. Otherwise, it’s more than likely going to go ignored.

For example, if you want poll data, then make sure you get a representative sample. Approaching a journalist with data based on 25 responses isn’t going to wash.

Getting strong data doesn’t have to cost the Earth. In fact, there are plenty of places to get great data without spending a penny. For instance, a simple Google Trends search can show you interest levels around a subject, or you can access a wealth of information from public authorities using Freedom Of Information Requests.

This article from Forbes has many more sources of free data.

Approaching industry experts for their take on a topic is an effective way to get your content noticed as it gives the piece more weight and increases the chance of someone sharing it. You may have to grace their palm with silver if you work for a commercial company, but if you get the right person, the rewards can be worth it.

Looks count. It’s a fact that if you use strong visuals in your content, it’s more likely to get shared – 94% more in fact. It makes sense when you think about. Would you rather read and share something that has striking visuals or an article with a huge chunk of text.

Infographics are an incredibly popular way of displaying data, and although every agency and their dogs are making them these days, if done right they’re still very effective – infographics are Liked and shared on social media 3X more than any other type of content.

This extends to video too. According to Adobe, shoppers who view video are 1.81X more likely to make a purchase, whilst TechCrunch reported that between April and November 2015, average daily video views on Facebook doubled from a staggering 4 billion to an almost unfathomable 8 billion.

It’s a tale told far too often. People are making fantastic content, hitting publish and then sit refreshing the page hoping to see the shares and links come rolling in. Again, unless you’ve already got a loyal army of readers, you’re going to be disappointed, and all that time, money and effort will be for nothing.

You need to shout about your content as loud as you can in as many different places as you can. If you have social profiles then post to them, not just once but several times over the course of weeks or even months.

If you have an email list, then drop them a line and tell them about what you’ve just made and why they can’t afford not to check it out.

Having a paid media strategy and budget is also important. It’s not enough to rely solely on paid ads, but they can still be very effective in targeting specific groups of people. You can utilize paid media on most social media channels, as well as wider distribution networks such as Outbrain.

We’ve already spoken a little about building relationships and pushing your content out through social media, but now we’re going to combine the two.

Whilst the majority of communications with journalists and influencers still take place over the phone or email, you shouldn’t discount making contact over social media.

Twitter, in particular, is a perfect place for tracking down and contacting influencers and journalists. Most writers and editors will have a Twitter account as they’ll use it for news gathering, so it shouldn’t be too hard to find a relevant contact. You can also use tools such as BuzzSumo to pull up a list of influencers on Twitter.

It’s not always a great idea to pitch your ideas to them straight away, especially if you only have 140 characters to play with, but it’s a great place to at least make yourself known to them. Retweet them, comment on their articles and generally show an interest in what they’re up to. You can then ask if they’d mind you sending them something that might be of interest. It’s a much more human approach than just sending a cold email out of the blue.

When conceiving the idea for your amazing piece of content marketing, you will no doubt have done plenty of research into other similar examples. But don’t just cast those pieces aside.

If you’ve found content akin to yours that has been shared or linked to heavily, then you can use this as an indication that those people might be willing to share or link to yours too. Using tools such as Majestic or ahrefs, you can check the backlinks pointing towards the other content and build up a contact list of people to pitch to.

7. Put in the hard yards

There’s no point in sugarcoating it – getting your content noticed is tough and it takes a lot of hard work. At least to start with. If you’re new to the whole outreach and PR game then it can take weeks, months, even years to build up the necessary relationships with those in your industry who could share your work.

You’ll spend hours upon hours making lists, sending emails and stalking influencers on social media. It may feel like you’re banging your head against a brick wall at times, especially if you’re not getting the response you’re after, but it’s these hard yards that pay off in the long term.

You’ll slowly start to build up a strong outreach list of people who have shared your content. You can then leverage these people when you have new content to shout about, reducing the time you need to spend identifying and schmoozing with influencers.

BuzzFeed don’t need to put in the hard work anymore when it comes to amplification, but they probably did once upon a time. You may not get to their levels of engagement right away, but putting in the work will greatly increase your success rate.

Do you have any top outreach tips for those without the reach of sites like BuzzFeed?