How to Reap Revenue from Your Social Media Marketing Campaigns: 3 Case Studies 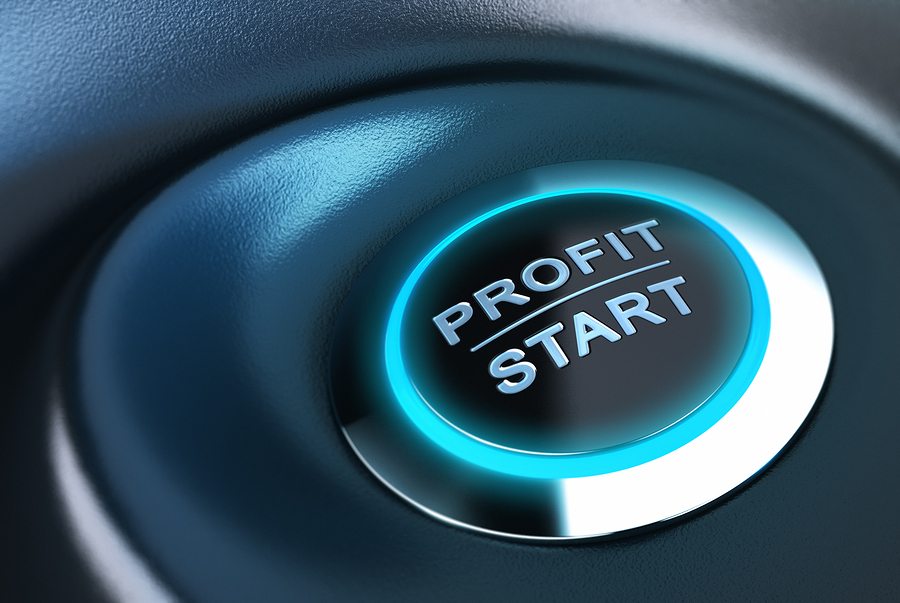 Today’s social media marketing campaigns have a big job to accomplish for brands. They are a vehicle for consumers to discover new products and engage with brands, but companies now expect them to close the deal and drive revenue, converting an online audience into loyal customers.

According to research compiled by MobStac in 2013, 78 percent of consumers rely on social media to guide their purchases, proving that social plays a pivotal role in consumer decisions.

But today consumers are bombarded by marketing messages on television and radio, in magazines and newspapers and on smartphones and laptops. Amidst all this marketing and advertising chatter, brands can increasingly become ignored if they don’t execute a coordinated and cohesive marketing effort that ties television and print advertisements to social media, and eventually convinces consumers to complete a transaction.

The most crucial component of connecting social media and revenue is steering social fans and followers to a website, a process that in theory sounds simple, but in reality requires creativity and well-structured campaigns.

Brands have to build excitement that transforms into buying intention while moving from a Facebook page or Pinterest board to the website. Think of marketing efforts as road signs, traffic lights and billboards all rolled into one effort to inform, direct, and excite your social audience and create momentum toward a purchase.

E-commerce subscription company JustFab used an unconventional approach to tie social to their website in a campaign called #JustFabWish. The company asked its network to browse their online collections and Tweet their wishlist link with the traceable and branded hashtag #JustFabWish for a chance to win their ensemble.

The company generated attention for the campaign with an email blast sent to millions of current members and leads. JustFab marketers also promoted the campaign through banner ads onsite, and on Twitter and Facebook. 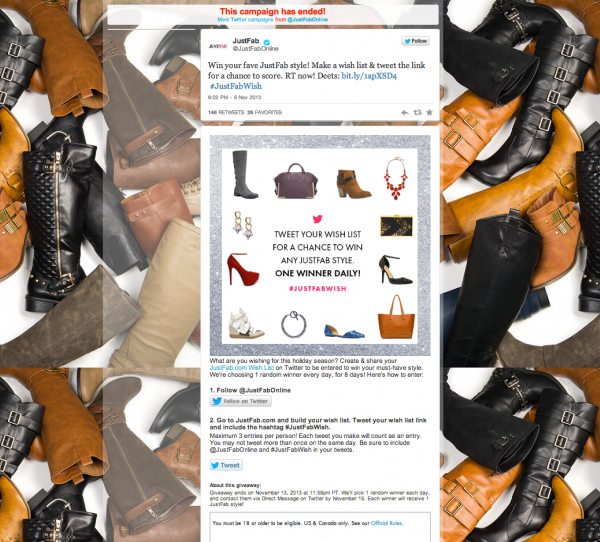 The campaign required that participants go to the website to submit their entry. Once on the website, potential customers were already browsing products, and one click away from making an online purchase.

Gilt.com paired digital Ad buys with a giveaway to boost web traffic and partnered with Hanky Panky, a popular retailer of women’s underwear, for a giveaway campaign that highlighted Hanky Panky’s main product on the Gilt.com website.

Sure, it was a simple giveaway, but as the entries increased and daily content and ad budgets were put toward promoting the referral contest, more and more people saw the product and in turn, more people wanted the product. 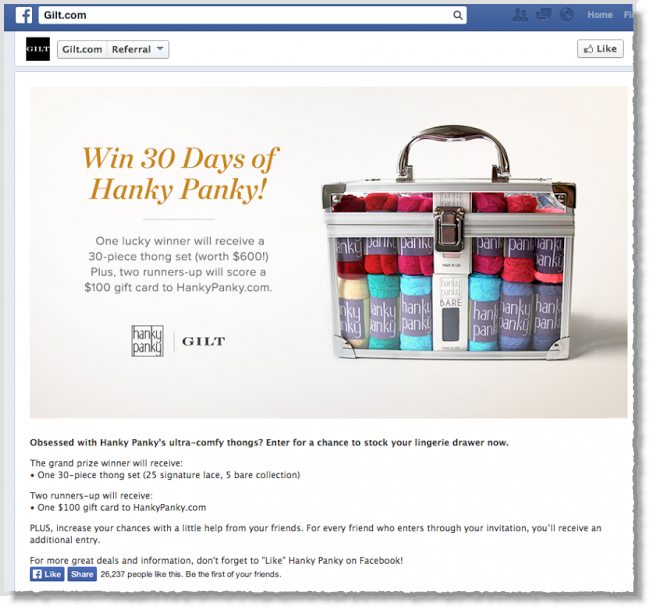 Result: More than 45,000 people visited the sweepstakes page during the two-week contest and 21,000 people participated. Gilt.com added 3,000 new social fans that would continue to see their products and be driven back to the point to purchase them. There was more than just one winner in that contest; Hanky Panky earned exposure for a product directly from the retail site.

Fashion retailer Lilly Pulitzer decided to entice the Audience with an Exclusive Offer. They used the power of exclusivity to launch a campaign that granted early access to online sales for those that opted into their newsletter. Their social sign-up program helped create a massive buzz around the launch of the sale.

By the time the early birds had their carts filled, there was another group of fans clamoring to get in on the regular launch. The campaign made their social audience excited to get on their website and actually buy product. 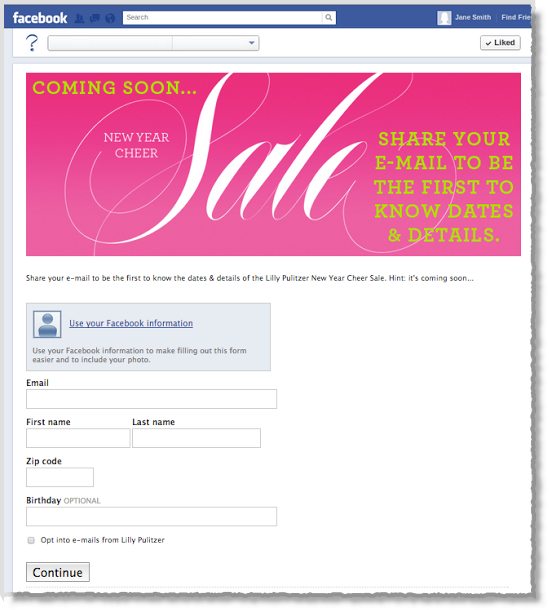 Result: Lily Pulitzer ended up collecting thousands of email addresses of potential customers, doubling the size of their email database and giving the brand a lasting connection with a new customer base. The social teasers and following email campaign translated into measurable revenue during the online sale.

It doesn’t matter if brands use their website as the starting or ending point; weaving together social elements such as email campaigns, Facebook landing pages, Hashtags and contests, is an essential tactic for brands to reap revenue during and after a social marketing campaign.