Social Media: The Natural Way to Promote Your Mobile App

The number of mobile apps ready for download in the App Store and the Android Marketplace currently stands at 1.1 million (according to a recent study by research2guidances.com). No, that’s not a typo, 1.1 MILLION apps! 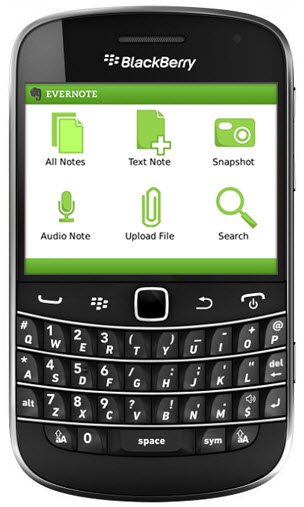 80% = the number of apps industry researchers suggest fail to hit the 1,000 downloads mark.

At the beginning of the mobile device craze, simply having an app was enough to get you noticed by consumers. Now, with the speed at which new apps are being introduced that is obviously no longer the case. If you want to increase your chances of being part of the 20% that succeed, you’ll need to promote your app.

Luckily, we live in the era of synergy between mobile apps and social media. If you’re looking to get in front of potential apps users, social media offers an ideal audience, matching psychographics, demographics and more. It’s no wonder that so many apps are heavily integrated with Facebook, Twitter and other social media platforms. The trick is choosing the right strategy for your mobile app.

To find the right mix of social media promotion for your app, it helps to know a bit about what’s working. Let’s look at some examples.

Example One: Words with Friends

Words with Friends is a modernized version of the classic game Scrabble. Zynga, the developer, initially gained popularity by creating the ability for both iPhone and Android users to play against one another. The fame of this app reached a new level when they introduced it as a Facebook application. The main benefits are twofold, first, they were able to tap into a new market they had not yet reached (non-iPhone or Android users). Second, they have given their users the ability to seamlessly transition from the computer to phone without missing a move and to share screenshots of their vocabulary savvy on their profile wall. This winning strategy has help them amass millions of mobile downloads and a following of 11 million Facebook app users. 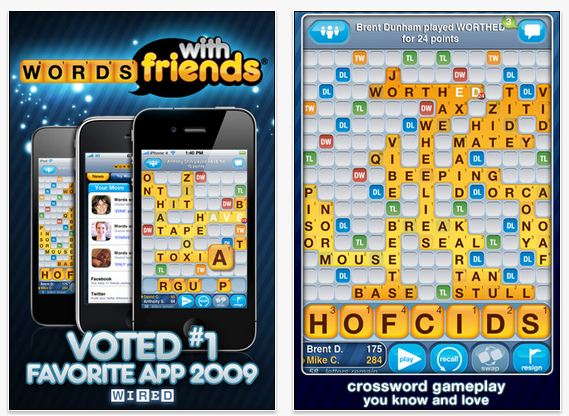 The Foodspotting app combines three of most popular trends in our culture: mobile apps, social media, and food. The concept is simple, go out to eat at your favorite restaurant, snap a picture of your meal, upload with the app, and share it with your friends via one of several synchronized social media networks. Or, if you are looking for a new spot to try, check out where your friends or other Foodspotters are going and get their recommendations. By integrating social media into the platform development, Foodspotting facilitates user-generated advertising across the users’ personal social networks. Very few things are more effective for exponential growth than brand ambassadors with an easy platform in which to share. 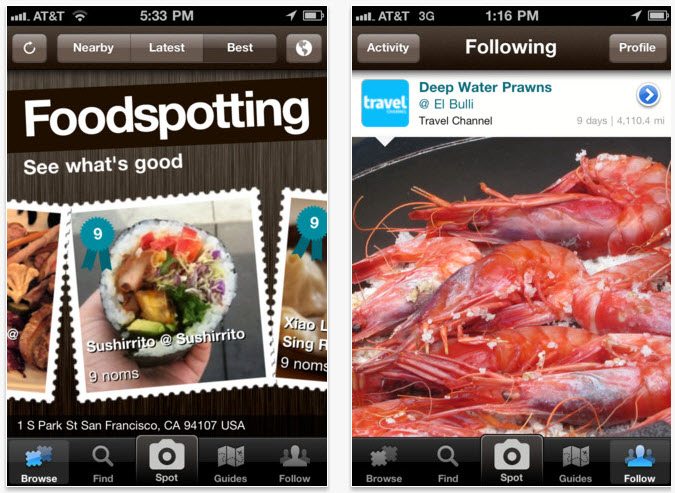 Evernote, is the very popular cross-OS note taking app, promotes itself through a wide variety of channels and partnerships, and has a particularly successful campaign on YouTube. Their videos are informational and professional, and they let some quirky personality show through. This makes the videos highly shareable and contributes to their ever-increasing viewership (several of their videos are well over 100,000 views with some as many as 875,000). Of course YouTube is only part of their online promotion. Much like Foodspotting, the Evernote app integrates Twitter and Facebook functionality for quick note sharing. They also have a custom Facebook page which leads straight to their software download and more.

Just like with any promotion, you’ll need to research where your target market is spending their online time. But, the beauty of social media is that consumers segment themselves for you. Do you have an app for businesses that will make tracking expenses a walk in the park? Find and promote your product to segments of businessmen on LinkedIn or by utilizing Twitter hashtags. Maybe you have a new photography app that will revolutionize mobile media? Integrating with Facebook and featuring images on Flickr may be the way to go.

Let your app be the next case study we highlight. How are you going to utilize the chosen social network(s) of your target market to promote your app?