Conan O’Brien has been an active social media user for well over a year. When he joined Twitter he quickly gathered well over 1.8 million followers (today his follower count is over 3 million) that provided him with a platform to launch the next stage of his career after his highly publicized breakup with NBC.

Since then he and his team have extended their social media marketing beyond Twitter and now have several social media channels that leverages his brand and provides an enduring and continually growing online asset that continues to build.

Conan used these platforms last year to launch an extremely successful social media marketing campaign that booked out his comedy tour  in less than 2 hours. 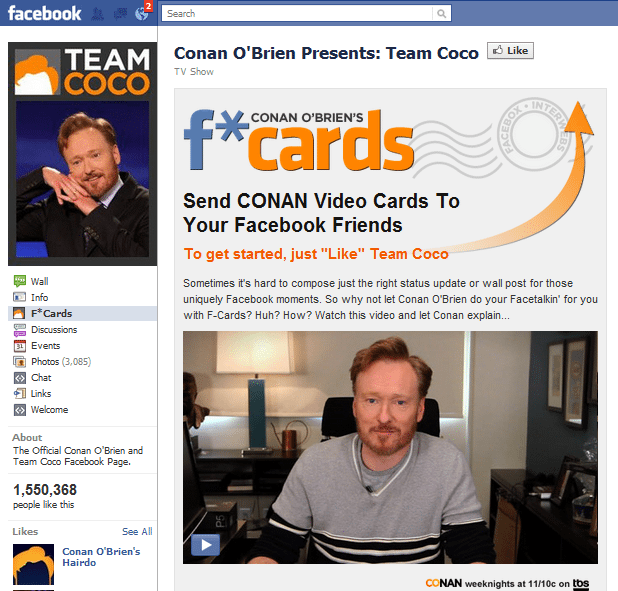 On ‘liking’ the page you are provided access to the Facebook F-Cards which are 25 different video messages you can use to send to friends, family or ‘semi-friends’ when you don’t know what to say.

This pointless, fun but inevitably successful Facebook marketing campaign is designed to keep the humour happening and the Facebook ‘likes’ (Facebook’s equivalent of an email subscriber) growing providing a continually growing Facebook ‘database’ to market his show and brand. 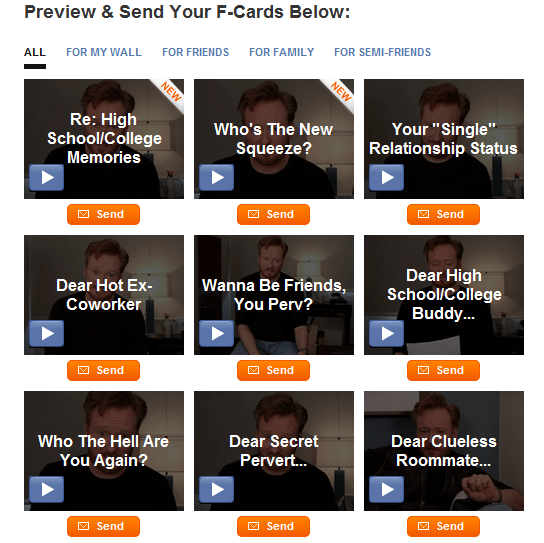 A sample of the video has Conan telling your Facebook ‘friend’

‘Hi Conan here, your Facebook friend wanted me to tell you that even though they have accepted your friend request they literally have no memory of who the hell you are..did you meet at a party?.. the bus station?.. but despite this they say ‘Yo’ and how’s it going.”

So far in just a a few days the campaign has increased the number of likes by well over 15,000 .

It could be an exclusive educational or entertaining video or even a free ebook download.