side hustle
strategies
Thinking of starting a side hustle? CLICK HERE
Home » Blog » The Social Media Revolution In The Cloud

There has been a huge amount of talk these last few years about the direct and obvious effects that social media use are having on our collective social fabric. The recent New Zealand earthquakes really got me thinking. Sure, we have seen a revolution or three these last years: Obama’s campaign, Facebook, solidarity in shades of green on Twitter during Iranian protests. Camera phones taking down megalomaniacs everywhere. Celebrities opening their kimonos. Ancient civilizations upended. Recipes shared, small details acknowledged, a kind of cultural re-convening. A digital, virtual, energetic and physical mind meld. 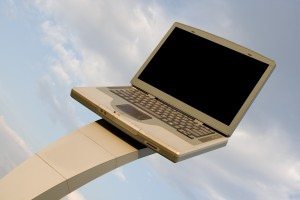 Our voices meet in venues and ways previously unimaginable. When I was a kid in the 70s/80s I used to call operators in other countries just to hear all of those different rings and voices. Occasionally I would ask for a phone number for say, Simon Le Bon, or more cleverly divining where John Taylor’s parents might live and managing to get their phone number. I listened to radio shows like Rock Over London, sneaking awake until midnight, recording the show on my parents’ fancy cassette dubbing set up and later spending hours making my own lovingly crafted mix tapes, never imagining the world (some of us enjoy) where everything in the world is available, all the time, for almost free. A constant firehose of novelty, discovery, access, truths, perspectives and learning. I realize that I have been given a sort of lovely gift: the perspective of what the world was like before the Internet came bearing down on us.

The point of this is that human behavior and ingenuity and ecological niche-filling can never be anticipated – no matter what the technology is, we invariably end up shocked and awed by the power it has, both over us, and over others, especially those strange automotons we call institutions or corporations. But what is even more compelling than the bold and sensational accounts of rock-solid institutions unsettled by a rolling quake of small social revolutions, are the tremors that ripple and resonate well across traditional geographic boundaries. Fault lines that we can see in a live stream, as we marvel at what we humans are capable of achieving.

A few things I have learned…

I don’t know if everyone does this, but when I peruse tweetster profiles, or the equivalent on Linked In, Quora, or whatever the social media darling du jour happens to be, I tend to go straight to one’s social stats as a way of determining how interesting a person is likely to be. And I start to notice some trends: fancy people have the most followers and follow the least people (they only converse with each other, too – don’t know if you noticed). Researchers like myself follow more people than follow them. Most people balance their follows, but most everyone is followed by more people than they follow. Organizations who leverage social media strategically realize this, and follow, reply and re-tweet ad nauseum. A following is something cultivated lovingly, as one would tend to next winter’s vegetables ripening in the garden. You will know it if you see a conversation happening. Advertising in the twitter stream doesn’t count, promoting events on rich Facebook or MySpace pages might. Certainly investing a bit of time answering Quora questions might pay you back in spades. Otherwise it can be the ongoing tithing we all contribute to the beautiful spider web of information we spin in collectively altruistic labors.

Oribit what you love.  It will orbit you back.

I have discovered this little truth these last few years as I began and ended my doctoral research, in the process inserting myself into a thriving community if practice consisting of scholars interested in learning, games, collective intelligence and new media, in ivory towers all over the world. What I still find a bit stunning is how relatively simple this was to do. I was early in my doctoral program sequestered in a remote New Zealand city far from my remote New Zealand university, learning and soaking, and decided that I could be even more productive if I collected and collated all of these various resources in the progress. (I had just finished a master’s program focused on online learning and knowledge management). I submitted some papers to some conferences and paid the expenses to get there myself. I talked to anyone and everyone I could, and played in every virtual world I could find. The visual metaphor that springs to mind is the concept of an orbit in astro-physics. Orbits are controlled by gravitation, which is itself a kind of magnetism. Most are elliptical, meaning they swoop into range of each other, then swing out for long periods in-between. In the meantime, the conversation is strengthened, purely on the basis of longevity of interaction. I can submit this story via e-mail, and might just get a reply from an editor. Via Twitter, maybe a world-changing link. If it’s good enough. Cream rises, and you and I might be better than we think. Or worse, but nevermind, the small effort is worth the possibility alone.

I spent several years living on the South Island of New Zealand. Yes, in fact, Christchurch, a city shining with stunning natural beauty, gothic architecture and heart-stopping gardens and waterways. I have lots of friends there, I spent early years with my daughter there, had some really fantastic parties, and learned so much. #ChCh occupies a warm place in my heart. So devastating to hear just two weeks ago that Canterbury Plain had suffered its second MAJOR earthquake in a few short months, this one situated quite near the city, and early news reports that hundreds were missing or dead. Utilities were decimated in liquefaction, cell phone networks were down, personal cars used as ambulances with maybe alive people strapped to the tops.  Modern communication niceties wiped out. From Seattle I squirmed with discomfort, truly wracked with concern for people and buildings and a culture tormented by the capriciousness of a shifting earth. Aotearoa, the land of the long white cloud, now another apocolypse downunder.

Slowly, steadily, individual stories began to emerge. On Twitter, of course. The #nzeq hash tag at the ready, having been used to coordinate some basic grassroots reconstruction efforts last year. ‘Tweet if you need any help moving bricks or anything’ had shifted to ‘I think @pixelbrid is okay, but I’m not sure about my son’, appeals for information, and overflowing capacity and willingness to cooperate in any possible way. Kiwis are consummate pioneers, when you think about it, and they have learned deeply and viscerally that their individual survival hinges on the survival of the group. More than that, they are one people, even when their politics, race or sporting preferences don’t coincide. And as an isolated, island culture, they have a tremendous capacity to make do with what they have. They have a meme, in fact, regarding ‘number 8 wire’, a substance of alchemical magic ability, morphed by these skilled masters into anything it might need to be. Social media is like that for them: another tool to be leveraged, in any and every emergent permutation anyone can dream of.

We always overestimate technologies in the short term and underestimate them in the long term.

What’s been happening these last years is that we have shifted from centralized and top down to de-centralized, emergent, grassroot and bottom up. As means of production democratize, the technological and economic power so miserly held by institutional behemoths moves bit-by-bit to those who leverage it most effectively. Social capital is digital karma and sustainability and holistic economic strength, though currencies in exchange have shifted from the financial to the collectively conscious, from investments in today to investments in tomorrow.

In the meantime, technological revolutions in big data, cloud computing (I used to refer to this dream as the ‘big database in the sky’) and virtualization technologies make these platforms more and more possible, more and more ubiquitous, and someday, transparent. Yes, someday we will take all of this for granted, but for now we can cast our eyes heavenward with some heady wonder at what we’re accomplishing. Together. But let’s not forget to recognize we now have the tools and proximity to work as a global collective consciousness and actually solve some problems for once and for all. We have the reasons. Imagine what we could do.