The State of Social Media in 2012 – Brian Solis Video Interview

We’ve spent the last months, if not years, talking about influence. 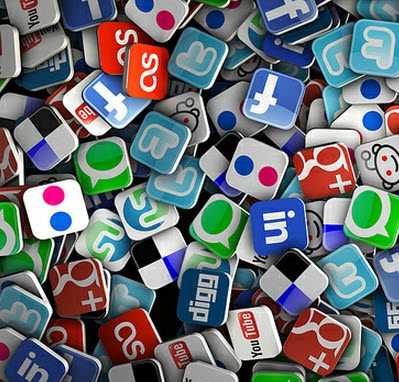 As social media use increased, so did the need for tools that could measure how effective our online activities actually were, especially in the case of brands who included social in a more structured marketing strategy.

In this interview by Maria Petrescu of  Intervistato.com she asks Brian crowd sourced questions on a wide range of topics that essentially skims, dives and delves into where social media is in 2012 and its role as a change agent in society and business.

During this interview with Brian the matter of influence has been discussed in detail, starting from the very definition of influence and what these tools really measure, which is, in Brian’s opinion, social capital as it relates to how someone might interact in Facebook, Twitter or Linkedin.

He also discusses influence measurement services like Klout and PeerIndex, that assigned a number based on several variables, from true reach to network size. It is arguable, though, whether this number actually reflects the influence we

have online. Most social media specialists say it doesn’t, because influence has a very precise definition, and that is the ability of changing behavior and cause effect, whereas the number these online influence tools provide is a mash-up of too many factors. Whether the individual factors actually make sense taken one by one, that’s another issue.

Olivier Blanchard, the author of Social Media ROI, says that even though the final Klout number isn’t very interesting, the other measurements are quite well done. The important thing is the use one makes of the data.

Another topic Brian analyzed is the one of content curation and its adoption.

As the tools for content curation will become more and more effective and “glamorous”, they will see a drastic increase in use during 2012. There are several startups that are going in that direction, such as Searcheeze or Scoop.it, that are intended as content curation tools and that allow users to customize the page they put together from several points of view. For instance, Scoop.it offers a business plan that allows brands to insert their own logo on top of the page, instead of the Scoop.it one, thus creating a branded, personalized page that can become a great way to acquire customers by engaging with them in a new and useful way.

On the matter of advertisement and media properties, Brian has a very distinct vision: “Ads are never the center of attention on web pages, every test shows that the most important thing is content”.

The natural conclusion is that advertisement must become so fascinating and clever that it actually becomes worth sharing by itself, thus turning into something completely new and different from what advertising meant until now.

Other social media related topics have been explored during this 30 minute interview with Brian Solis, who most of you probably know as the author of “Engage!” and also “The End of Business as Usual“. I invite everyone to view the full interview.

Guest Author: Maria Petrescu is a Psychology student and co-founder at Intervistato.com, a crowdsourcing interviews blog: anyone can propose someone to interview and a question to ask.