We all know that you shouldn’t drink and drive and around the world different government have laws that vary from a slap on the wrist to being sent to jail for repeat offenders.

Our use of technology has some do’s and don’ts and that are not laws but common sense.

One of those is “do not send text messages while drunk” or you may find you don’t have a relationship the next day or you may be looking for  a job the next week. 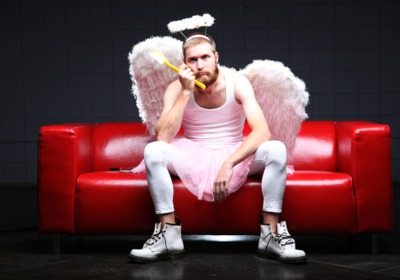 This approach also applies to social media updates whether that be on Facebook, Twitter or MySpace where the activity can be done quickly and spontaneously with potentially disastrous results.

Second Life is a virtual world where users can play out real-life fantasies. Little surprise, real love has resulted from virtual courtships. In the case of Amy Taylor in Newquay, England, it spawned heartbreak too. Taylor told the Western Morning News that she filed for divorce after walking in on her husband having a virtual affair on the service. The two met in a chat room and had held a marriage ceremony in Second Life.

The draw of social media is compelling–even when you’re burglarizing a home. The Journal, a West Virginia newspaper, tells the story of how Jonathan Parker, a 19-year-old, was busted for felony daytime burglary after leaving his Facebook account logged into his victim’s computer. He had apparently used the computer to check his Facebook status.

Cheryl Smith’s husband found a “hot singles” ad on his Facebook page that he’ll never forget–the “hot single” was Smith herself. Facebook rushed to note the ad was from an outside advertiser, not the company, but the incident underscored what could happen if you keep loose privacy settings around the net.

Note: Facebook settings can allow you to be placed without you knowledge or consent into an ad.. to fix this setting and read instructions on how to prevent this happening click here

President Obama knows first hand the consequences of loose lips and social media. In an off-the-record chat with the press, he told reporters that he thought a recent stunt by rapper Kanye West’s was “inappropriate” and made him look like a “jackass.” Nightline co-anchor Terry Moran tweeted the comment, then deleted the comment, but the presidential gossip spread like wildfire.

Neil Brady made his relationship frustration public–very public–after he asked his wife for a divorce on Facebook and the U.K.’s Daily Mailgot wind of it. “Neil Brady has ended his marriage to Emma Brady,” the status update read. Although the publication called the incident the world’s first divorce by Facebook, it likely won’t be the last.

Graduate student Connor Riley was pondering whether to take a high-paying internship at networking giant Cisco and tweeted herself out of a job opportunity: “Cisco just offered me a job! Now I have to weigh the utility of a fatty paycheck against the daily commute to San Jose and hating the work.” A Cisco employee spotted the post and informed Riley that she’d pass it along to her hiring manager. Riley told MSNBC that she had already turned down the opportunity.

People looking at your social network accounts can surmise a lot about you. A pair of MIT students showed that it’s possible to guess sexual orientation based on their online friends. They call the project “MIT Gaydar.”

Cody Redenius’ ex-girlfriend saw him posing with a shotgun in a Facebook profile and reported it to local police in Dane County, Wis. Redenius was under a domestic abuse injunction that prohibited him from being in possession of a firearm. The photo was enough to get him arrested.

Banking intern Kevin Colvin told his bosses at Anglo Irish Bank that “something came up at home” and that he had to immediately return to New York. Major family emergency, right? Nope. Someone had tagged a Facebook photo of Colvin at a Halloween party wearing a fairy outfit and holding a can of beer.

Police officers find out about under-age drinking parties from kids’ event postings on Facebook. Dustin Zebro, an 18-year-old Wisconsin high school student, decided two can play that game: He threw a root beer kegger, and cops took the bait. Ninety breath tests later, all the party goers were cleared, but the “bust” was videotaped and uploaded to YouTube.

What are your social media blunders or that you have heard of that are noteworthy?