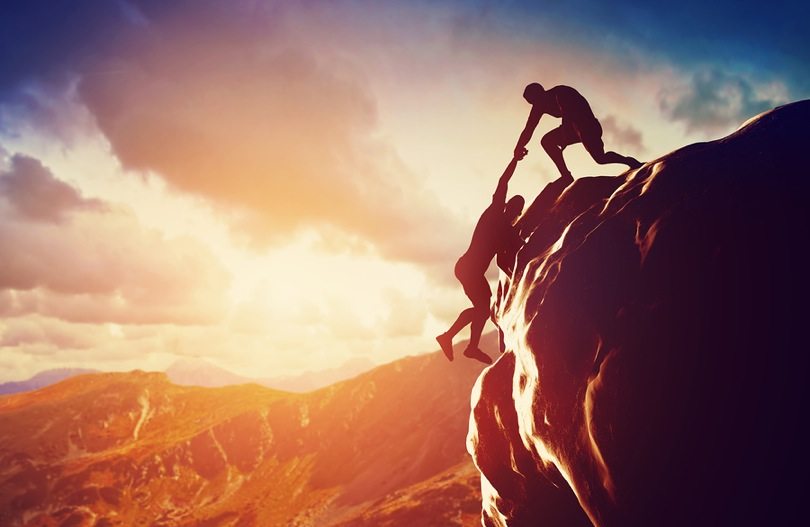 I suppose leadership at one time meant muscles; but today it means getting along with people.

Something that is pretty obvious to us all when we scout for a leader.

But what does it take to be a leader? Who is a leader? Is he someone that brings to light the various issues and solves them? Is she someone that orates the mind and desires of the masses proactively and very well?

Maybe someone that knows what the followers want, and with the X factor helps manifest the norms and decree befitting a civil society?

Leaders are born and made, inherited and natural; here are ten more qualifying traits of inspirational leaders that make the individual a powerful personality. 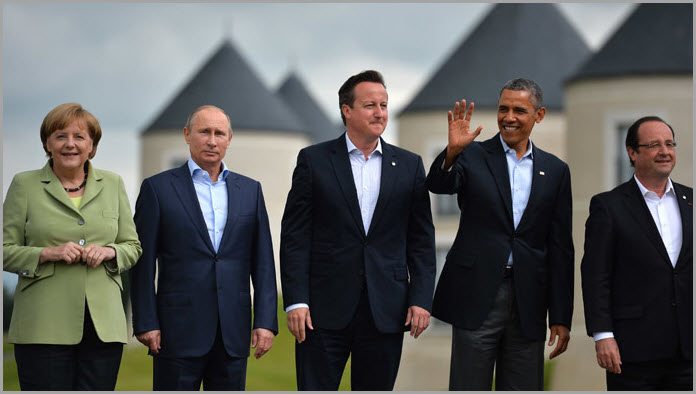 Managing a group isn’t an easy task, and certainly not a kingly routine sitting in a plush chair of an organization.

Crisis happens and managing the same should be the forte of a leader; foreseeing such situations hence should be one of the most important qualities of a leader.

Foresight helps a leader make decisions ahead of time and can avoid mishaps, which lead the team towards the path on development and progress.

Citing an example here would be that of Rupert Murdoch. The market monopoly created by the genius was the baby of his foresightedness, making him one of the most successful entrepreneurs in this world and placing ‘News Corporation’, his company, as the second largest media house in the world. 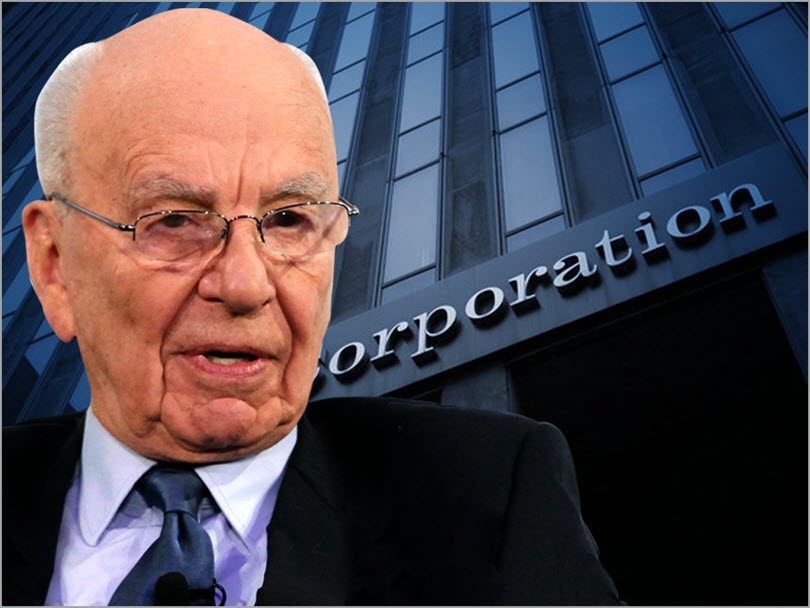 Leaders have an undying hunger to exceed expectations and successfully complete their promises and tasks.

They are consistent and ways probe into areas never treaded before. Such leaders have a natural zeal and zest to learn and unlearn, helping them gain more knowledge and information as seen through the behavior of the masses they lead.

A leader with such attributes helps create a well-versed team heading in the right direction. 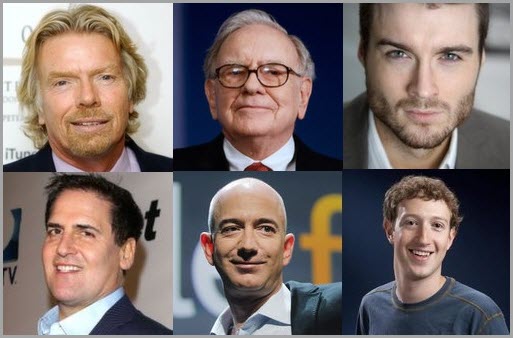 Lead by example, is what most world leaders have always sworn by. Motivation comes best when a leader is committed to their promises, duties and tasks, working alongside the rest and showing them that there isn’t a mountain high enough that cannot be conquered. In doing so, leaders earn respect from team mates and motivate them with energy and a zest to win!

Leaders stick to the commitments they make, which makes them fair and reliable, trustworthy too. In turn, their team is motivated to bring more to the table; following the leader.

President Obama with his Obama Care health policies are proof enough on the commitments he made for the general public. 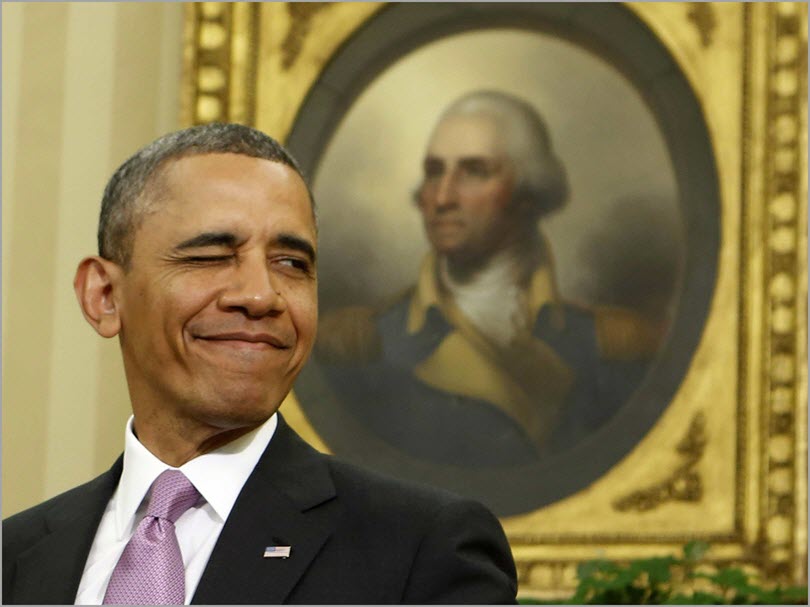 4. Be a source of inspiration

Not just motivation and hard work, leaders across the world understand the importance of getting to the root level and inspiring their teams.

Leaders generate enthusiasm amongst their team mates, which helps focus on future goals and current issues at hand. Acknowledging human behaviors, downfalls and efforts on a personal level, are some of the sources of inspiration every world leader in the past have shown.

Mohandas Karamchand Gandhi, began the Quit India movement and the famous Salt Walk, inspiring Indians to do away with western produce and products and instead honor and promote indigenous handicrafts and products. What clicked in his strategy was the appreciation he let out to the many that worked and toiled for their daily living; he became an inspiring icon. 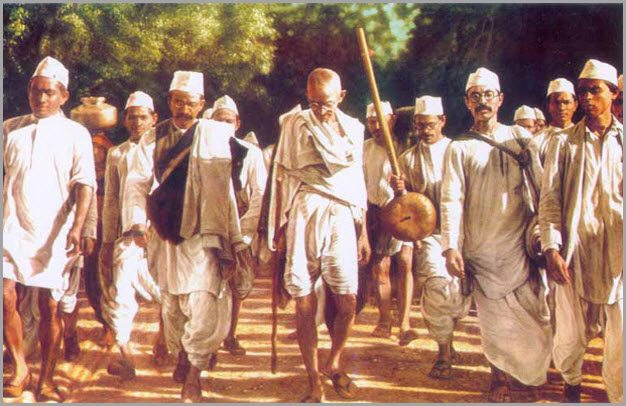 One of the best examples of persistency in leadership would be that of Henry Ford’s story, back in the 1890s. This was a time when the Ford Quadricycle was launched with four large wheels meant for bicycles and an engine powered by ethanol.

The quadricycle was never a success, but that didn’t stop Henry Ford from making it to the top charts later on. Ford Motor today is the number one choice amongst the crème-de-la-crème and the who’s who of the motor vehicle world; Henry Ford today is one of the wealthiest and most well-known leaders of the world – persistence got him to where he is! 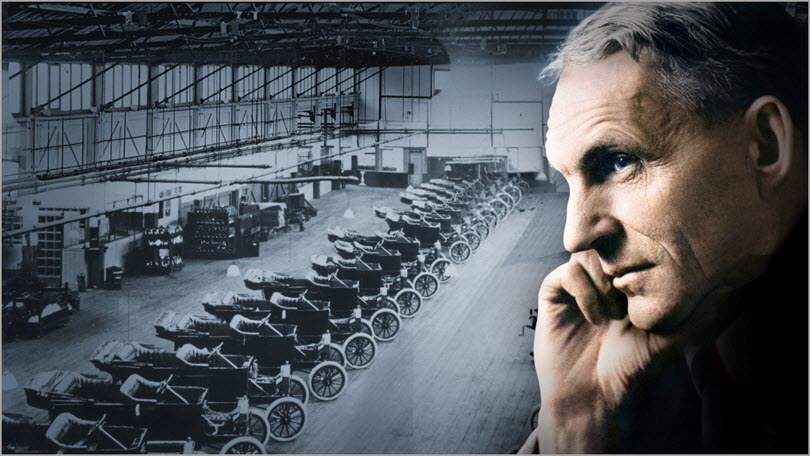 Leaders are those that surround themselves with great minds and people with great thoughts.

Citing an example here would be the life of Steve Jobs. Steve Jobs was an icon that looked for talent in unknown places and unique ways. Quite often Steve Jobs when visiting college campuses to deliver a lecture, would notice potential employees participating in the talk, and personally interview them; hiring them thereafter for their unique and very powerful innovative visions and thoughts in his team. 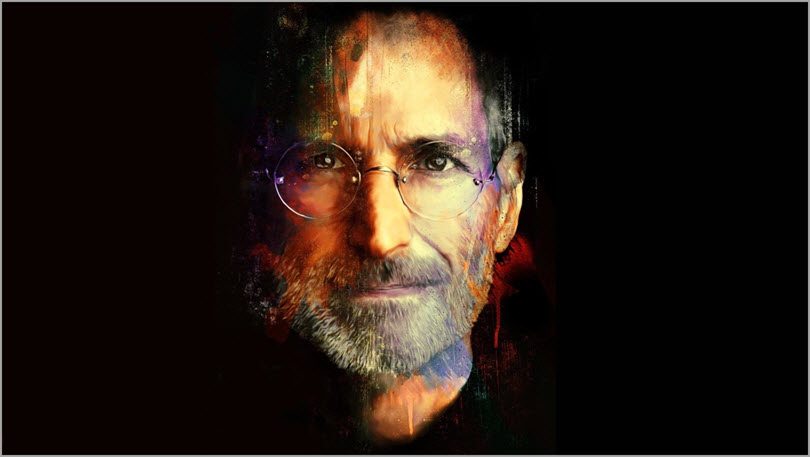 7. Authenticity is their cup of tea

To be etched in the minds of millions, one of the most important leadership traits for world leaders to have is that of being authentic.

No power plays, no muscle pulling and no arm twisting needed, but clear intentions and someone who can be consistent in their words and actions, proves to the world how authentic they are.

Embracing diversity in all forms, being unique by displaying strengths and areas of weakness, understanding their own identity and knowing how to delegate roles and responsibilities, whilst making their own contribution towards success is what authenticity is all about.

Canadian Prime Minister Justin Trudeau is an example of an individual filled with empathy, an embracer of diversity and someone that knows his own areas of improvement and strengths that would help the economy go forth! 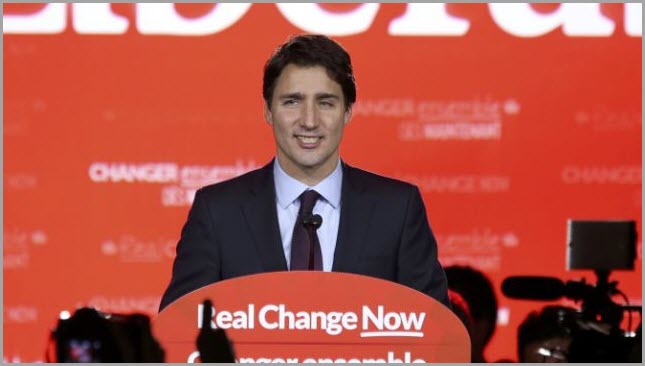 Richard Branson, CEO of Virgin Atlantic, in his days as a youngster always was belittled by his aunt for not knowing how to swim when the family met for summer vacations. On his way back home one summer, Richard requested his dad to stop by the flowing river their car was about to cross. The next thing his dad saw was young Richard jumping into the river and swimming away. A bet he took with his relative and won. Cut to the new-age, Richard Branson and Virgin Atlantic are names to reckon with. Being fearless is a trait that those who sit in their comfort zones wouldn’t understand. 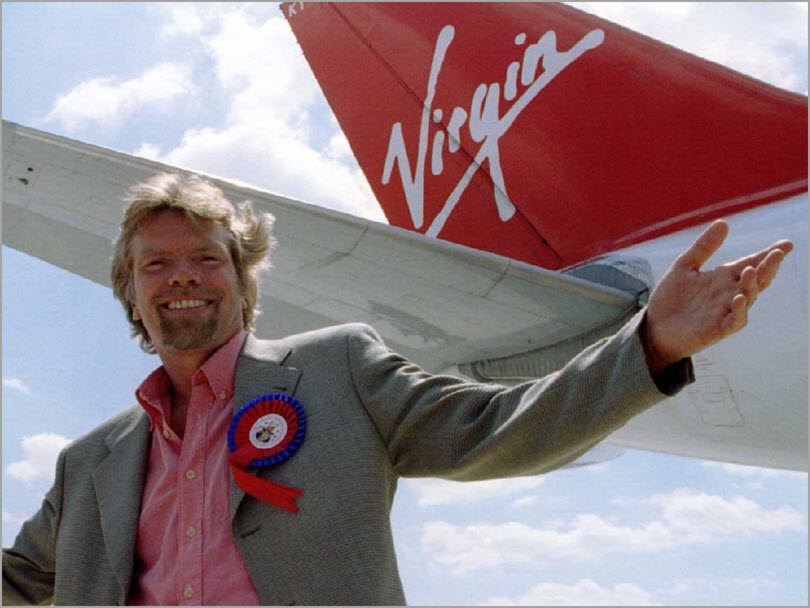 9. Understanding and owning up to your drawbacks

In recent times, Amazon was under the spotlight for supplying ‘unauthorized versions’ of famous books on Kindle. Needless to say there was a negative backlash by the masses, which caught the company in the red.

Amazon didn’t shirk away from its responsibilities, but admitted in a press statement its fault. Citing CEO Jeff Bezos, Amazon, the honcho went ahead to personally apologize and make amendments on the same lines calling the incident “stupid, thoughtless, and painfully out of line with our principles.”

Proof once again that no one choked to death on their own pride by apologizing. 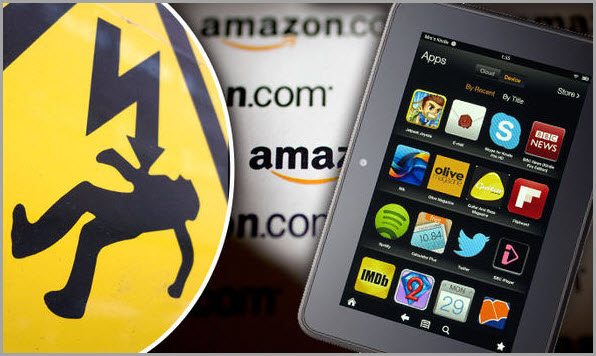 Leaders do what others wouldn’t, and in outstanding ways too. From displaying individualistic traits to personal styles, positive attitudes to being empathic, there is always that X Factor in leaders which makes them stand out.

Leaders stand out to support you when others walk away, or don’t watch your back when the tough times come calling.

Citing Ralph Nader here, “I start with the premise that the function of a leader is to produce more leaders, not more followers.” In short, leaders go the extra mile to make you feel special, wanted and recognize your competency and skill levels that help motivate you to perform better. 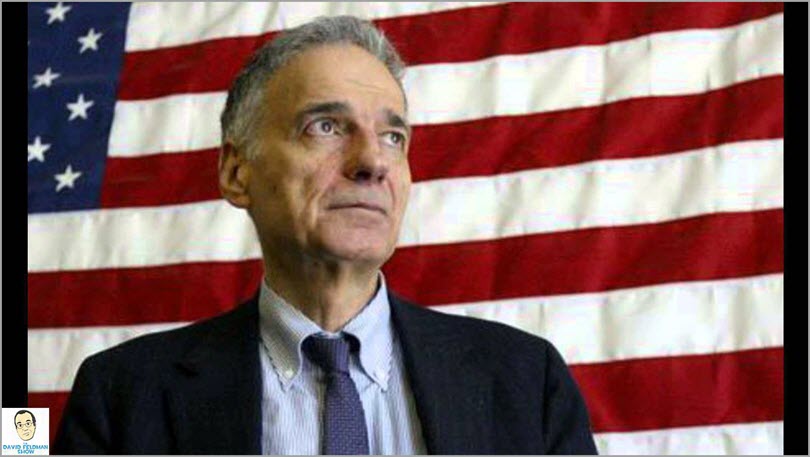 The world stands in need of liberating leaders and not herds that follow masses.

Be an inspiring leader and start afresh in your own small way – start getting a lowdown of information today by reading some mind-boggling inspirational books. Pages of inspiration that’ll not just infuse you with the right sort of energy, but will also act as a stepping stone towards something bigger in life.

Planning to get your hands on some amazing paperbacks, but don’t know where to search for?

Go ahead and explore the wide section of books at Amazon or AbeBooks – world-renowned platforms that’ll offer you millions of titles across categories like Free eBooks, Audiobooks, Business & Economics, and Literature from both, independent and big publishing houses, all within a few clicks.

And, while you’re at it, if saving handsomely on books is also on your agenda, then look no further than this Amazon promo code to convert your purchase into a great deal or bargain – offers that are certain to leave you coming back for more!

Guest Author: Dovilė, a copywriter, has a bachelor degree in communication science. Along with that, she has been a professional writer for more than five years. From this year‘s September, she is continuing her studies to achieve a master‘s degree in this field as well. Dovilė writes various articles about money saving, business, leaderships and the ways how a businessmen like you can achieve all their goals. 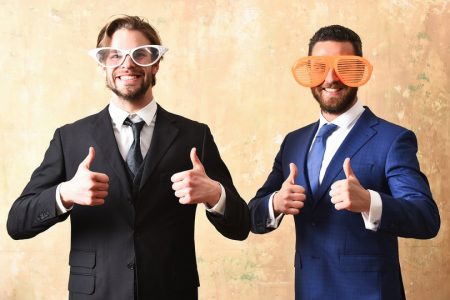 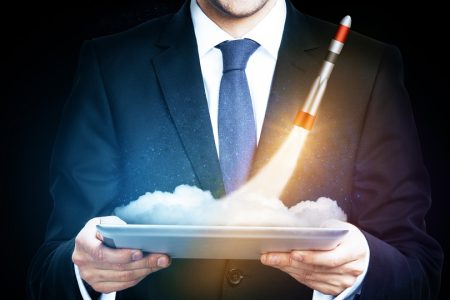