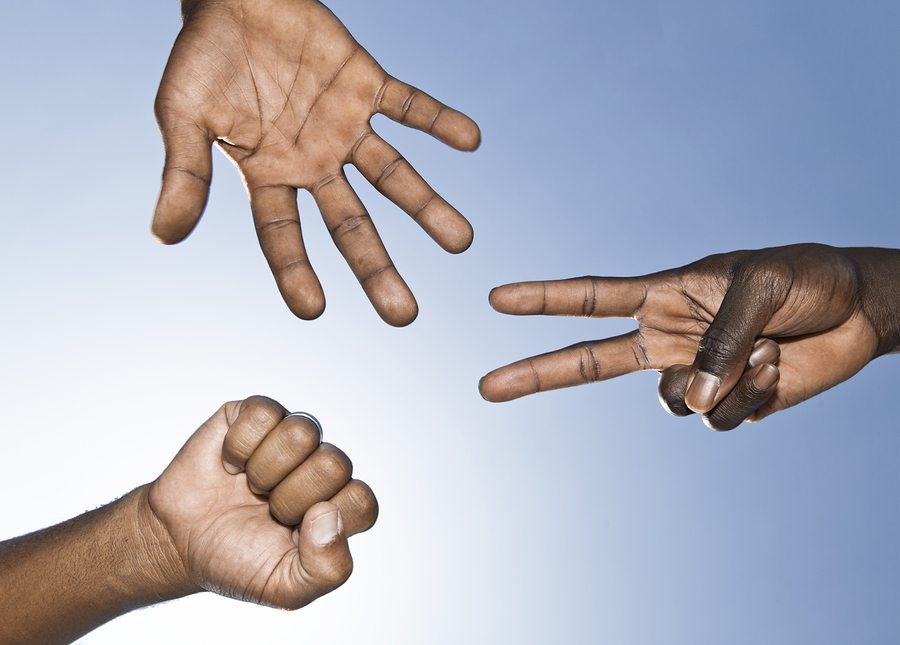 Social media marketing is not always executed well. Watching how some brands communicate can make you cringe.

But the effective use of social media marketing can go a long way to increasing brand awareness and promote a business or campaign. Whether through Facebook, Twitter, Instagram or any of the other sites and apps, social media has the potential to reach a staggeringly large audience.

Social media has helped to bridge a communication gap between big brands and customers, allowing the two parties to interact. The viral nature of social media can both be a help and a hindrance and soon as you click ‘send’, the post is out there for good, often regardless if you subsequently delete it.

Here we look at the good, the bad and the ugly of social media accounts.

Irish bookmaker, Paddy Power has become well-known for its online presence, with some of its social media posts causing quite a stir.

The company regularly taps into the biggest sporting events to gain public interest, however they sometimes stray into the controversial, tweeting campaigns related to the Oscar Pistorius murder trial and deforestation of the Amazon rainforest. The company’s tweet surrounding Oscar Pistorius, and whether or not the Paralympian will be found guilty of the murder of his girlfriend Reeva Steenkamp, resulted in widespread outrage. The campaign was deemed to have broken advertising rules and brought UK advertising into disrepute.

Though there is no denying the ill-taste of that particular tweet, there is no doubt that Paddy Power generates a lot of publicity and interaction through their social media sites.

The company that delivers snacks to your desk hasn’t just mastered how to make them healthy, yet tasty, but Graze has also mastered the art of social media. Founded by 7 friends, the company uses Facebook and Twitter to grow brand awareness and now has in excess of 56,000 followers. The Twitter account manages to be both helpful and humorous, interacting with followers and dealing with complaints and enquiries. Cleverly their Twitter handle is their web address @grazedotcom. 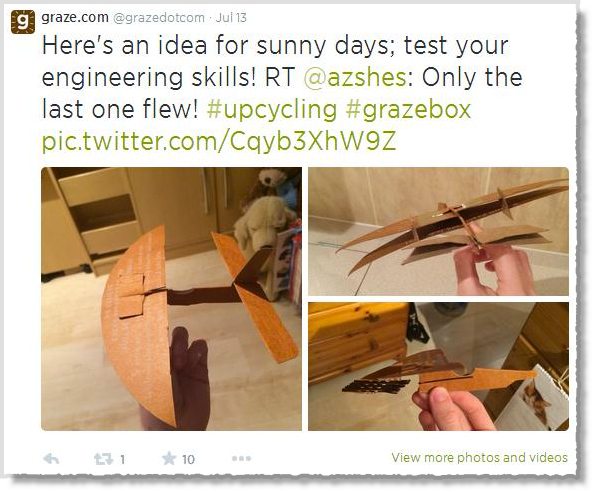 The well-known fast food chain is leading the way in how to build up a solid social media presence. The company uses its Twitter account to interact with customers, celebrities and general tweeters alike. Whilst, over on its Vine page, the Mexican food giant regularly uploads amusing videos to keep its 138,000 followers entertained. Taco Bell’s social media presence is light-hearted, with references to Mean Girls, a Snapchat account and a heavy sprinkling of humour, and taps into who their customers are (primarily young people) and successfully manages to raise brand awareness. 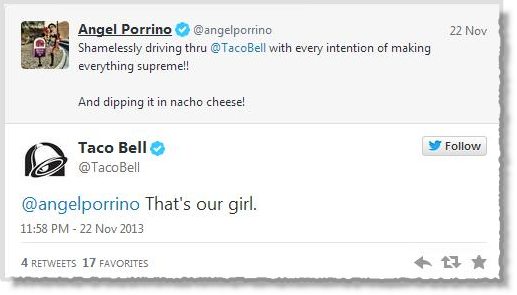 In August, UK based bakery Greggs came to the public’s attention when the logo on their Google profile was replaced with a spoof version, ‘providing shit to scum for over 70 years’, as opposed to their usual ‘Always Fresh. Always Tasty’. The bakers’ social media team, however, managed to turn the incident into an exercise in marketing genius, instead using the extra attention to its advantage. Greggs’ team proceeded to tweet Google about the incident and promote their products in the process. A smart move if ever there was one. 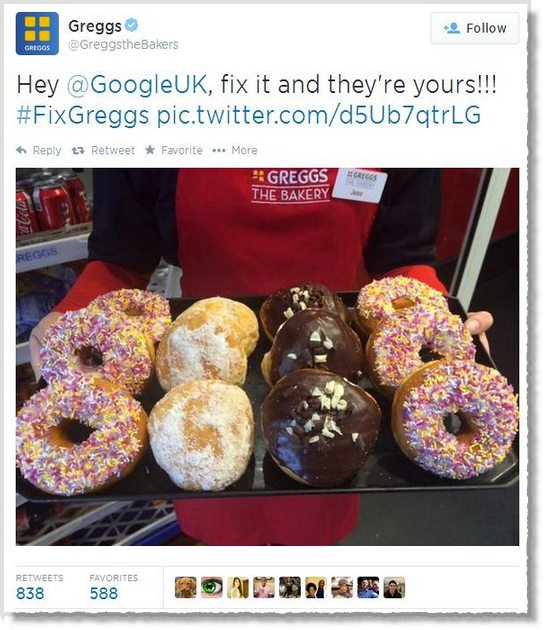 The manufacturers of toilet roll aren’t necessarily the kind of company you would associate with great social media, however Charmin know how to work a Twitter account. The social media team regularly tweet humorous posts and vines featuring their mascots, testament to their 48,000 followers. Some of the brands most prolific tweets have included tongue in cheek references to current events, such as a tweet posted to coincide with the release of the Thor movie which whipped the Twittersphere into a frenzy but was subsequently deleted. 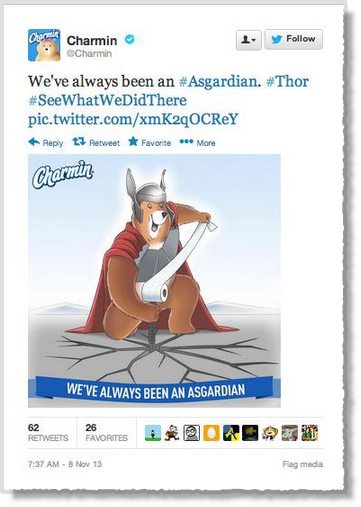 The usually family friendly Twitter account for US Airways came under fire earlier this year when in an exchange with a customer, the airline tweeted a pornographic image. The image, allegedly sent in error, went viral and got the company trending. While the offending tweet was removed, it was done after an hour, plenty of time for retweets and screenshots. The tweet known as ‘planegina’ will go down as one of the biggest social media fails a company has ever had. The incident proved that immediate action should be taken in such situations for damage limitation. 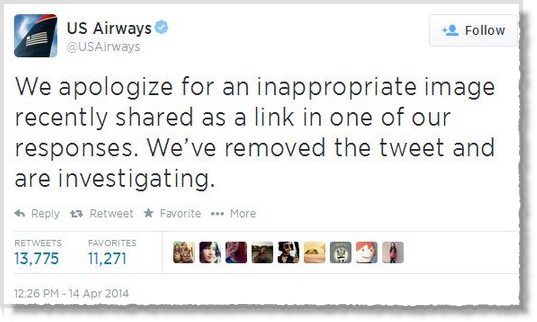 MSN were accused of exploiting the death of Bee Gees singer Robin Gibb to increase Facebook engagement when they posted asking readers to ‘Click ‘like’ to pay your respects’. The insensitive post caught the attention of many for all the wrong reasons, showing that using a death as link bait is a big no-no. 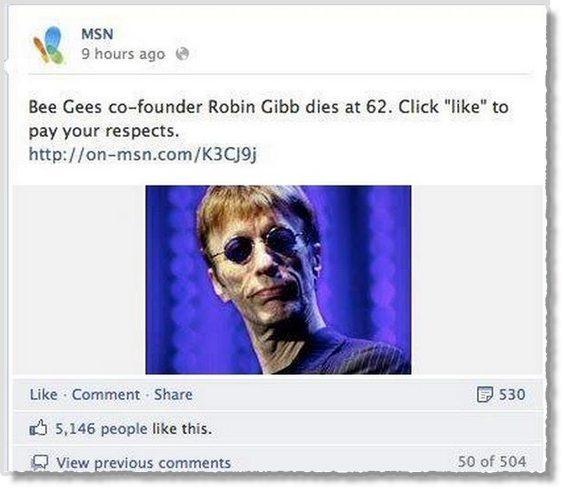 In 2013, Luton Airport’s Facebook page came to the public’s attention when the company posted a joke about a plane crash, accompanied by an image. The image in question was of an incident at Chicago airport, which saw a plane slide off the runway and resulted in a child’s death. A spokesperson for the London airport subsequently deemed the post ‘wholly unacceptable and insensitive’. 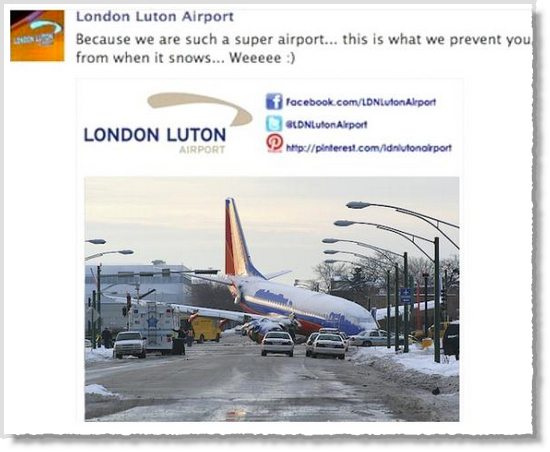 Another company failing at social media is the Condé Nast-owned food site, Epicurious who in the wake of the Boston Marathon bombing proceeded to post a string of food related tweets referencing Boston. The ill-judged tweets enraged followers who branded them insensitive and deemed them to be cashing in on the tragedy. The social media team later deleted the offending tweets and issued a blanket apology, however the damage was already done, witnessed by its 385,000 followers before being picked up by the media. 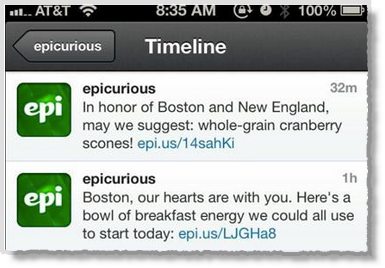 Showing all other airlines how it’s done, Delta’s social media accounts are a perfect blend of wit and humour, whilst remaining on brand. The brand’s Twitter account regularly references pop culture, which allows it to stay current without losing any of its integrity, a clever device which saw Delta’s Twitter following increase by almost 50% in 2013 and helped to increase engagement. 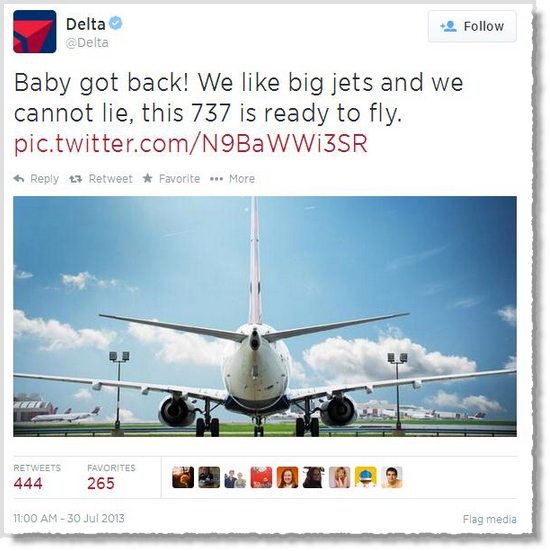 Author Bio: This post was contributed by Rob Young of MOO the digital printers. Visit MOO online to find out how you can start creating truly remarkable products to help your business.