25 Power Words to Drive More Engagement With Your Social Campaigns

Some 2.1 billion people have social media accounts, and as many as half of those people are checking out social content more than once a day. With that kind of social activity it begs the question…

“Why isn’t my engagement higher?”

Poor engagement is a problem marketers have been wrestling with long before we started reaching out to audiences on social media. The way we try to engage people now on social media, sales and content marketing isn’t much different from the way common people attempted to capture the attention of a passersby in open air markets. 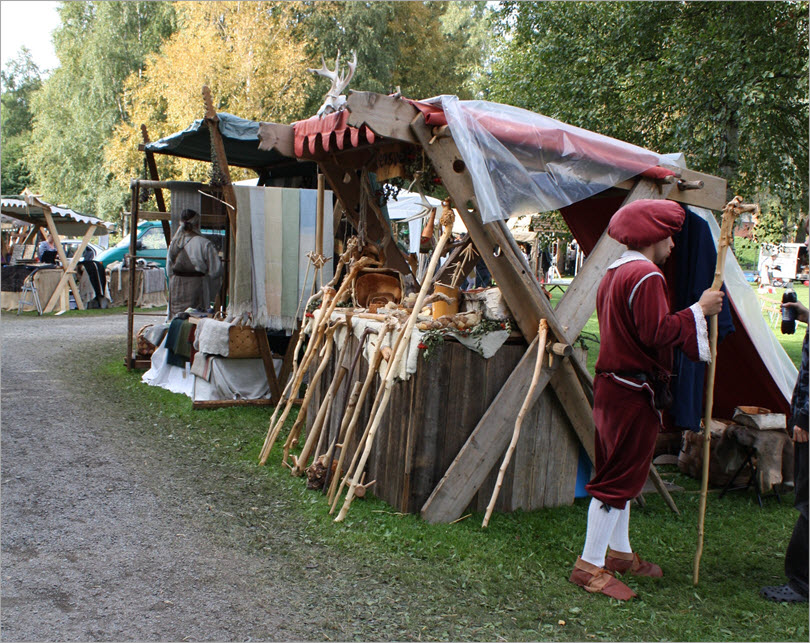 It was a mix of visual stimulation and the use of compelling, stimulating, attention-grabbing words and phrases.

Tip: When it comes to social media marketing, Jeff uses Agorapulse. It’s his social media management tool of choice (that is to publish/schedule posts, to monitor and listen across social media accounts, and to collate reports).

The right words can make a difference

Words strike us for various reasons, and they play on our most primitive instincts and hard-wired responses seated around emotion. To that end, words that are the most direct, simple and arresting can have the most profound impact.

Though it’s common sense as well, this idea was proven through extensive study of the human mind by Renvoise and Morin in their book Neuromarketing. What they found is that we, as civilized people, try to engage one another by talking to our “new brains”, or the more sophisticated part of our minds.

But it’s our “old brains”, where our most primitive instincts live, that make the bulk of our decisions. We can trigger that old brain response by using the right “power words”. 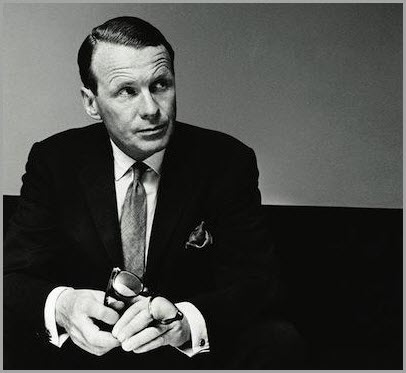 In 1963 David Ogilvy, a mastermind in the early days of consumer advertising, published a list of what he believed were the most persuasive words in advertising. These individual words, when utilized within copy, headlines and calls to action, were most likely to capture the reader and score business.

Many marketers still rely on those power words when creating copy for advertisements. But power words don’t need to be limited to direct response copy…

Think about what an advertisement is: at its core, it’s a grouping of copy – perhaps with images – meant to engage a specific audience to illicit a response.

That’s exactly what you’re trying to do with every social post you make… but without the hard sell. Boosting engagement within your social posts can still benefit from the right words and more persuasive copy, but it takes a more nuanced approach that doesn’t make it feel like you’re trying to force a purchase.

When writing a call to action, one of the most important words to remember is “relevance”. The words you use should be as relevant to the content as they are to the medium in which you post.

Anytime I produce or schedule a post with an aim to maximize engagement, I pay close attention to the context in which power words will be used as well as the audience that I’m addressing. 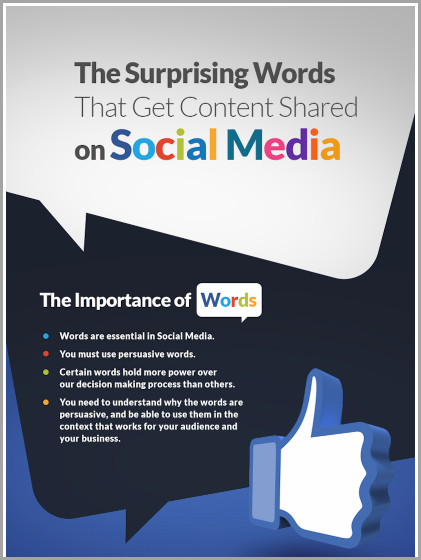 For Facebook, the words that often grab attention and garner the most engagement are:

For Twitter users, the power words you can use to boost engagement are:

These were compiled not only from an infographic created by Neil Patel and Quick Sprout, but also from research done by others.

You can see how some of the most effective words vary greatly from platform to platform. That’s why it’s important to understand how to craft content not only specific to your audience but also around the context of the post and the social channel you’re using.

Sourcing the most influential words for your social audience

According to Oxford Dictionaries, there are at least a quarter of a million distinct words in the English language including words that are actively used, obsolete words and derivative words. If we count tenses and the variations in the meaning and inflection, that number would likely close in on a million – perhaps more.

To that end, it’s safe to assume that there are more than 25 powerful, persuasive words you could use to turn the head of your audience.

Gregory Ciotti wrote a piece for Copyblogger in which he researched the top 5 words in English. That list included the words:

The research behind the effectiveness of these words can’t be ignored. When used together they have the ability to put the emphasis on the individual and are critical for great communication. Words like “because” are incredibly persuasive because they create a casual relationship.

When you leverage words like “new” and “free” it plays on the concept of loss aversion. Even if you’re not selling something and merely posting about an idea, concept or a new blog post, you’re still targeting the drive in people who want something new, and want it for little or nothing.

The most influential words for your audience may not necessarily be the full list of 25 that I shared above. In truth, the words you use to boost social engagement may come from several examples of power words… or it could be none of the ones I’ve shared.

Because it’s not just about the individual words; it’s about the people you’re targeting.

It starts with your audience

Remember that power words by themselves are meaningless. The way you use them, or the context in which they are used, will play on the mind of your audience in order to achieve a desired result. I’ll use an incident from the life of French Poet Jacques Prevert, as shared by AWAI. 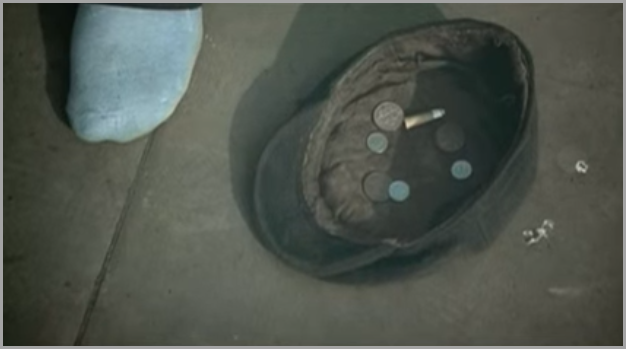 Jacques Prevert saw a beggar with a sign that said “Blind man without a pension”. Prevert asked him how it was going to which the better replied “Oh, very badly. People pass by and drop nothing in my hat, the swine.”

Prevert took the sign from him and altered it. A few days later, he approached the beggar and again asked him how things were going.

The beggar said, “Fantastic! My hat fills up three times a day.”

Prevert had changed the beggar’s sign to read: “Spring is coming, but I won’t see it.”

Prevert had used the right words to trigger the imagination of others, playing on their deeper emotions to inspire action.

We can see a similar example in a speech from Winston Churchill, dissected in a post from Jon Morrow. 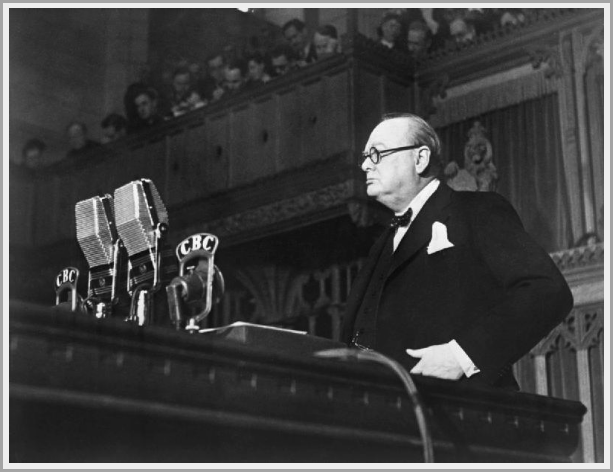 While being assaulted by German forces, Churchill needed to find a way to inspire his countrymen. Morrow underlined the power words that Churchill used when addressing the people.

We have before us an ordeal of the most grievous kind. We have before us many, many long months of struggle and of suffering. You ask, what is our policy? I can say: It is to wage war, by sea, land and air, with all our might and with all the strength that God can give us; to wage war against a monstrous tyranny, never surpassed in the dark, lamentable catalogue of human crime. That is our policy. You ask, what is our aim? I can answer in one word: It is victory, victory at all costs, victory in spite of allterror, victory, however long and hard the road may be; for without victory, there is no survival.

This is the approach you need to take with your audience on social media.

You’re not necessarily trying to inspire morale in the midst of war, but you are trying to inspire them to interact and take action. Start with the research of others, building on what we’ve established to be the most influential power words that spur an audience to action.

Once you’ve identified the words that work best in context, consider your audience. What will resonate most with them based on their psychographics and demographics – information that’s readily available in your social insights. 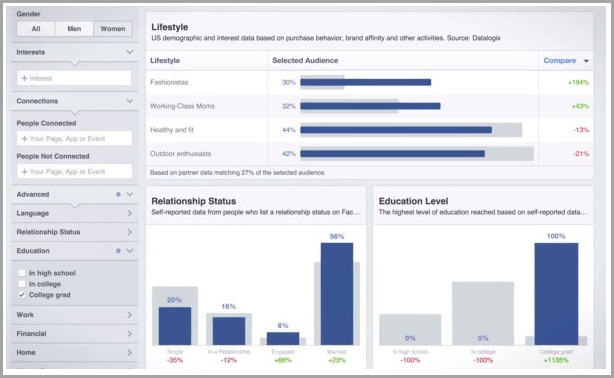 Experiment with different language as you post. Mix in words that make people feel safe with those that imply scarcity, exclusivity, and cause-and-effect. Mingle those with words that encourage community engagement – specifically, the 25 that I’ve shared above. With that approach, you’ll immediately begin to see lifts in your engagement, comments, shares and post reactions.

Have you experimented with power words in your social media marketing? What words do you think bring the most engagement from your audience?

Share your thoughts and tips with me in the comments below.

Guest Author: Andrew Raso is the co-founder and director of Online Marketing Gurus, a fast-growing, award-winning search company working with brands including HelloMolly, Baku Swimwear, and Forcast. Follow him on Twitter at @andrewraso1 or on LinkedIn.