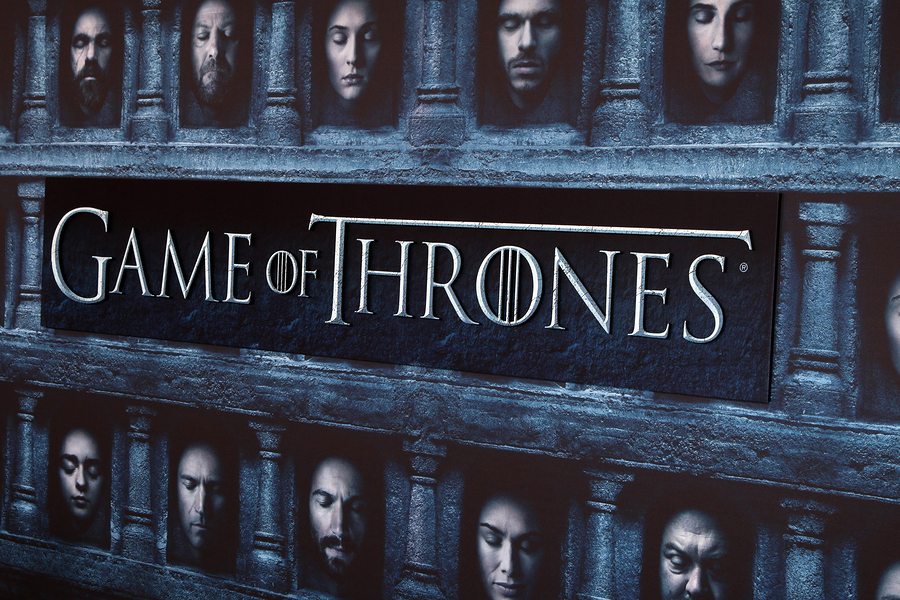 It’s that time of the year again.

A release of a compelling series designed for jaded audiences. And its captured a global audience of tens of millions. It can’t be viewed on traditional channels but pay per view.

TV addicts that were fed a diet of mass media television are leaving free to air television and are discovering something new. On demand video that doesn’t have advertising.

It’s the “Game of Thrones Premiere Day” (which I’m sure is a public holiday somewhere). It is upon us, and what does that mean?

It is unavoidable, so much so that it feels like the machine that is Game of Thrones (GoT) has become a living, breathing social beast.

But this level of cultural saturation comes with its own set of rules, and there are some great lessons we can take from those rules in social media marketing and communications. It’s not quite Valar morghulis (“all men must die”), but helpful all the same…

So before we look at the lessons, let’s look at the social and digital trends this phenomenon illustrates for us:

We are now well and truly a global society – and this comes with an equal number of risks as it does advantages.

When GoT first hit our screens as a little known HBO book-to-TV series about kings and dragons, no one paid it much mind, and there was little scrutiny over the timing of the premiere. Fast forward 5 years, 26 Emmy awards and a global cult following, and something as simple as setting the time of the premiere becomes a very serious issue.

Nobody cares that HBO is an American cable channel producing content for predominantly American paying viewers – they want Thrones now. So much so, last year a petition kicked off in the UK trying to force Sky Atlantic to air the GoT premiere at the same time (or at least, directly after) it did in the US. The petition was successful, and the mandatory GoT simulcast was born. Global audiences have completely disregarded traditional borders in favour of consuming content…NOW.

Borderless, but not timeless

Of course, one of the biggest drivers behind the simulcast is to avoid spoilers – because the other side of the coin to being able to communicate with anyone in the world, is that you can do so at any time. And really, who needs sleep when you could be watching GoT live and arguing with someone from London on Twitter at 3am. #Whatatimetobealive

The “Fear of missing out” (or FOMO for lovers of acronyms) is real – and now companies are getting on board, with the UK creative technology firm +rehabstudios actually giving their employees the morning off on GoT Premiere day… Seriously, it’s in their employment contracts:

However, there is still a certain level of etiquette that comes with potentially “spoiler” content. Any related trend related should carry a #SpoilerAlert warning. That’s if you don’t want to lose followers over a pop culture reference.

The common courtesy is to use a warning on content within the first 24 hours. After that it’s a judgement call on how big the spoiler is. Then it’s how adversely your target market would react to the reveal if they’re not up to speed. 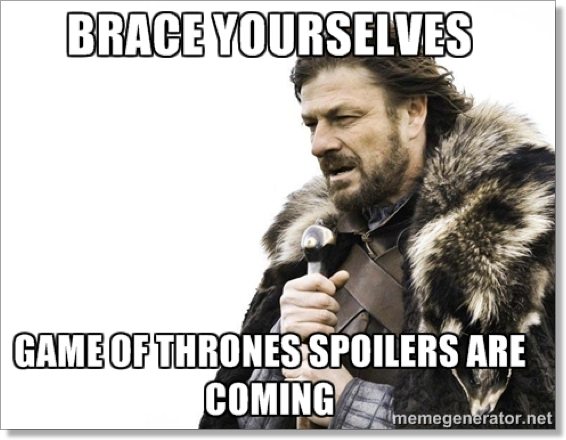 We are not Lannisters

That is to say, very few of us are willing to pay our debts. The GoT Season 5 premiere episode holds the title for the second most concurrent downloads for users sharing a single file, and the second fastest TV episode to be illegally pirated more than 10 million times.

The outright winner? The Season 5 Finale of course.

Unfortunately for many media or content companies, the moral to this story is that it’s very difficult convincing people they should be paying for content, no matter how “premium” that content may be.

Can you blame audiences?

Even the journalists don’t want to wait around or have to pay for the good stuff?

In the US last week, a journalist filed a Freedom of Information Act request for a DVD screener (something GoT refused to distribute this year after last years’ press screener leaked), after showrunners David Benioff and D.B. Weiss confirmed that President Obama will receive the advance copies, because, hey, if it’s good enough for Obama…(At the time of writing this, the request has actually progressed.)

This is obviously a serious issue, but the conundrum is the same – how do we convince audiences, consumers and clients alike that our content is worth something, whilst still competing with the myriad of free sources providing similar material?

It is a balance of trust, quality and relevance. But finding and maintaining that balance is harder than surviving a wedding in Westeros…

Ok, I swear I have a point to all of this… So what can we learn from Game of Thrones? 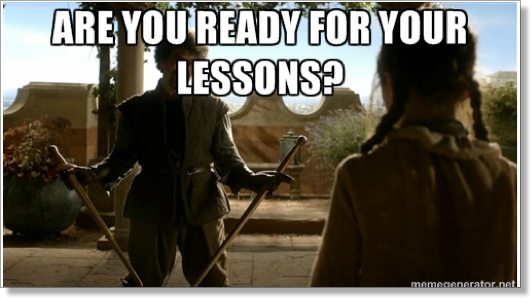 Use these to your advantage, but you MUST do your research – there’s no point jumping onto a trend that is so irrelevant you look foolish, or so serious you come across as insensitive and uninformed. I could list a number of social media faux pas made by companies that didn’t double check what they were talking about when they chimed in on a trending topic, but we’ve all seen it happen. It takes as much time to check the origin and tone of the trend as it does to draft the apology post – if you have to choose to do one, go with the former.

But it’s probably the most impactful tool you have in social. Because in social, it’s the quick and the dead. Social media is constantly moving, and often – depending on your platform of choice – an algorithm will quickly decide whether or not you’ve hit the mark with your audience, and if you haven’t, you fade into irrelevance.

Before you hit publish, ask yourself three simple questions:

3. You can’t own the best social media conversations

No one can control them and you cannot buy them – so don’t expect your audiences to pay. Not today.

That being said, by being part of the conversation authentically, you build trust and you remain relevant – what you do with that relationship is then up to your product or service!

Author: Kate Prince – Based in Sydney, Australia, Kate is a Communications Adviser and TV addict. Start a conversation with her on Twitter, @kate_prince