3 Secret Gmail Buttons To Guarantee Your Cold Emails Get Opened 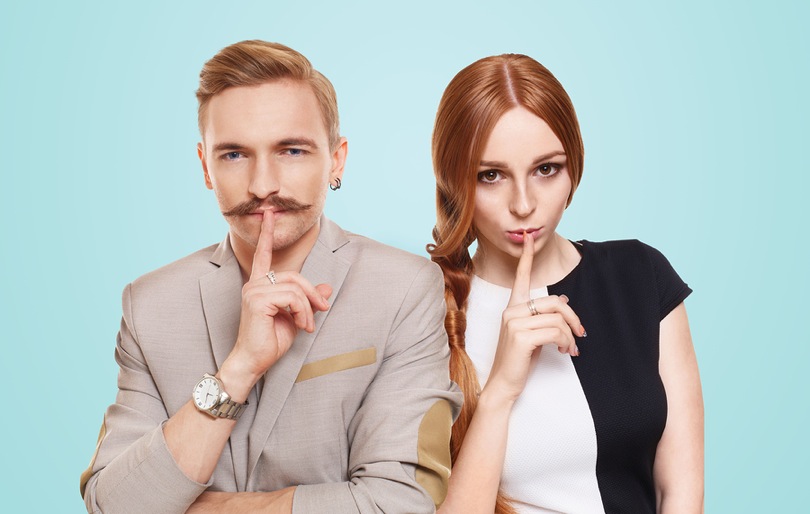 Every Monday morning, you find yourself sitting down to send 10-15 emails to people you’d love to get responses from.

Maybe they are cold prospects, or potential joint venture partners, or press outlets you’re hoping to get coverage in.

Regardless of why you email, to ultimately get what you want the other person has to open and reply to your email, lost in the over 205 Billion emails sent per day according to Radicati Group.

Over the past 2 months, for every 100 emails I sent to influencers, A-Listers, and CEO’s, 97 were opened and 92 were replied to, using 3 nifty secrets built into this tool called Send Later for Gmail.

1. The clock to set reminders

When I send 15-50 emails every Monday morning to new potential partners, the last thing I want to do all week is try and remember to follow up with people who don’t respond.

When I send my emails each Monday morning, I click the clock which will remind me to follow up in some amount of time (tomorrow at 9am) if no one replies. 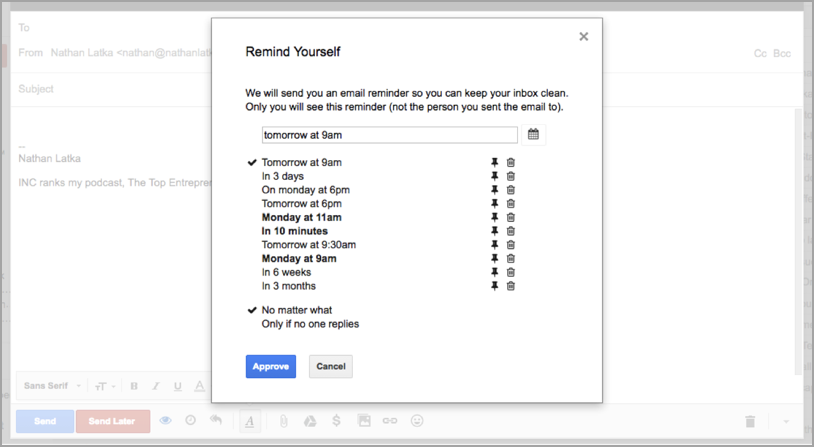 Tomorrow at 9am, if the person hasn’t replied, the clock will put that email back to the top of my inbox to remind me to follow up.

On average, for every 100 emails I sent, 40% did not get a response by “tomorrow at 9am”. Had the clock not reminded me, I would have lost 40% of my total opportunities. Instead, I followed up and closed many more deals.

If you’re in sales, you know follow up is key. Use the clock if you want to out-sell your competition.

You might wonder what email I sent after Send Later for Gmail reminded me that the person had not replied.

Many times I’d call them, email them with a simple “bump”, or use the double arrow button.

When I’m trying to schedule podcast guests I used to gather all of their emails into a google spreadsheet using EmailHunter.io and then update it every Monday based on who responded and who didn’t. 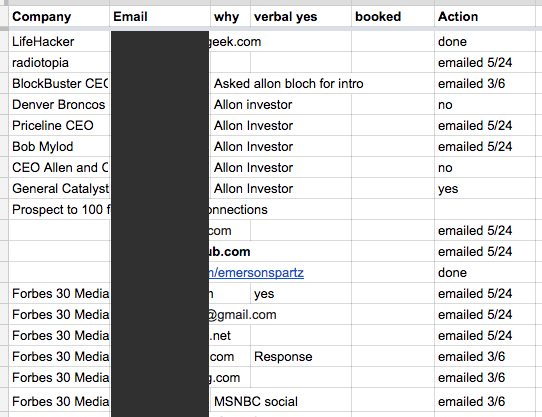 Now, I use the double arrows which will “send email 2 of podcast guest sequence if guest doesn’t reply within 2 days”. 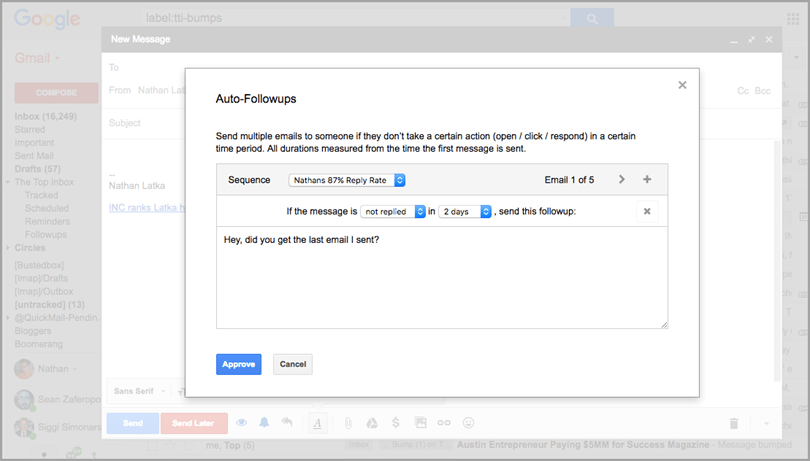 I think of this almost like one to one email marketing.

Get this: Over 60% of my total opens and responses came after 4 follow up emails!

Everyone always says consistency wins and this was proof.

The problem is folks like you and I don’t have time to keep manually following up.

Use this double arrow icon to set up the auto follow up sequence right from the start. Then go enjoy your family and the pool.

The subject lines that got the highest open and reply rates (sometimes after 5+ automated follow ups) for me included:

Try copying these when you’re trying to get a reply.

In a recent report by GetResponse, it was found that most emails are opened between 6am and 11am or early afternoon.

That means if you want to maximize the chances of your emails getting opened, you want to send your email in those time slots so you appear at the top of the inbox.

My problem was, I like keeping my mornings to myself to read (Right now enjoying Ego is The Enemy by Ryan Holiday).

So what I now do is I write all my emails at 6pm each day and then use the Send Later button to have them all send at 6am the next day.

This ensures my email is at the top of the inbox when my recipient opens their inbox for the day.

Many of you are like me in that email frustrates the heck out of you and sucks up your time.

Try using the auto-follow up button, clock button, and send later button to save yourself time while increasing your open and reply rates by a healthy 40-45%. These buttons are all free to use and are part of Send Later for Gmail which you should be able to find here.

Tip: Hire an email marketing expert or freelancer on Fiverr.com.

Guest Author: Nathan Latka Founded software company Heyo.com at 19 and after raising $2.5M and growing to 10,000+ monthly paying customers sold it to his number one competitor. He’s now the host of the fastest growing business podcast, Top Entrepreneurs on iTunes, having passed 2,000,000 downloads in 9 months.