Facebook enticed you to play and then they made you pay.

It’s almost the perfect business model. You spent a ton of money investing in getting likes, shares and comments. This also enticed other people to join Facebook. Facebook then collected the demographic and social data about all your fans and friends and now sells the data back to you.

We call it “Facebook targeted advertising”. It’s the freemium web monetization model on steroids. But we are all still having fun. Aren’t we?

When Facebook first started offering businesses professional pages, companies took advantage of that to increase the reach of their brand. Over time, Facebook got smart and restricted reach, forcing companies to pay for promoted posts and advertising. Today, it’s pretty tricky to stay in front of even a small fraction of your fans.

Here is Facebook’s reach if you aren’t paying for ads according to recent research from Locowise. 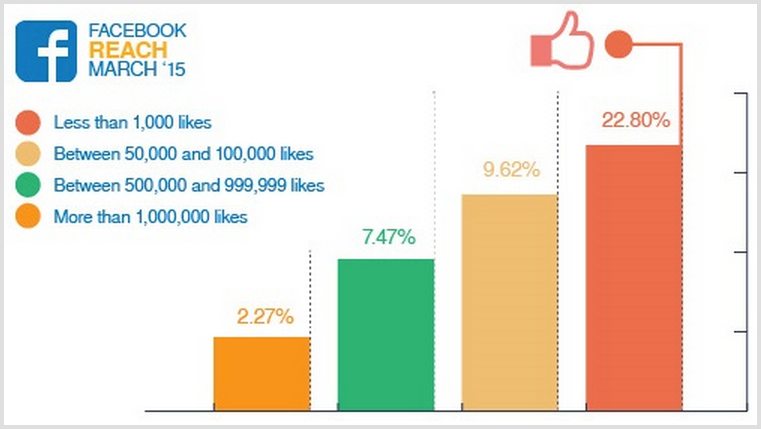 If you want to check out your pages reach here is a cool tool.

Here’s how to increase your Facebook reach, get more shares, followers, and “likes” under the new rules of Facebook.

Stop worrying about reach so much

Stop worrying about reach. It sounds strange, but think about it. There’s not much you can do about your reach on Facebook. They control the platform. The best you can do is use something like this Studyweb guide to build a better blog, and focus on ways to get targeted visitors off of Facebook and onto your website.

Radio station Nu92 posted this photo to their wall with the caption, “Who remembers having to do this to their school books?” It was an instant hit, attracting over 200,000 “likes” and 98,000+ comments. Why was it so popular? Answer: nostalgia.

They took people back in time to relive their childhood, for better or worse.

It connected with people. That radio station was able to make people feel understood – that’s key. By the way, radio stations are really good at that sort of thing. Have you ever noticed how many viral images they post? Use that as your guideline, and see if you can work in a link back to your site.

You’re shooting for quality, not quantity. The lifespan of a Facebook post is really short. The viral ones are almost always “wow” shots of someone doing something epic, something extremely nostalgic, something audacious and out of the ordinary, or something so controversial and divisive that people are practically forced to comment.

So, even though, right now, it seems like reach is dead, it’s not. It’s just being reinvented through a lens of quality. So, refocus your efforts on that, and try to gently move people from your epic posts to your website.

Start a group on Facebook, and then advertise it. Guess what? Facebook won’t limit your reach in your group, and you’ll have a captive audience of people that want to hear what you have to say. Groups are a great way to have an ongoing discussion, promote interest in your blog, grow an audience, and avoid long-term marketing expenses.

Instead of continually trying to fight the reach problem, you simply side-step it. Groups already work well for sites like LinkedIn, so you’re not taking huge risks with it.

The key to making your group successful is to invite people whom you know will participate. Part of social media is “social” – in other words, there has to be interaction and engagement in the group for it to take off.

The first few members are important too. By having members join in the beginning who contribute, it creates the “social proof” for others. It tells new members that this is an active and interesting group.

Some ideas for starting a group include:

Sure, you’ll have to spend money on advertising to get it going but, after a while, you can turn down the burn rate on your ad campaigns and let referrals build your group. The long-term effect is a free ad platform that grows of its own volition. And, if you appoint group moderators and managers, you won’t even have to manage it on a day to day basis.

Using better visuals will help you engage more people which, in turn, will help you hang onto the reach you do have. Facebook has always been a visual platform, with images and videos outperforming text-based status updates.

That trend is going to continue, too. Social media is really an amalgamation of various types of platforms, but the common theme seems to be images, video, and short text-based updates. The shorter, the better. In fact, the hard data from Wishpond, and other agencies, shows that photo posts get 120 percent more interaction that text-based ones.

Shorter posts get 23 percent more interaction. with “tiny” posts of up to 70 characters getting more “likes” than posts of 231 or more characters.

It’’a hard to be too succinct. Memes tend to do well on Facebook, as does humor. So, keep that in mind. Photos of any kind generate more engagement than an average post, with images getting 53 percent more “likes” and 104 percent more comments than standard posts, according to Hubspot. 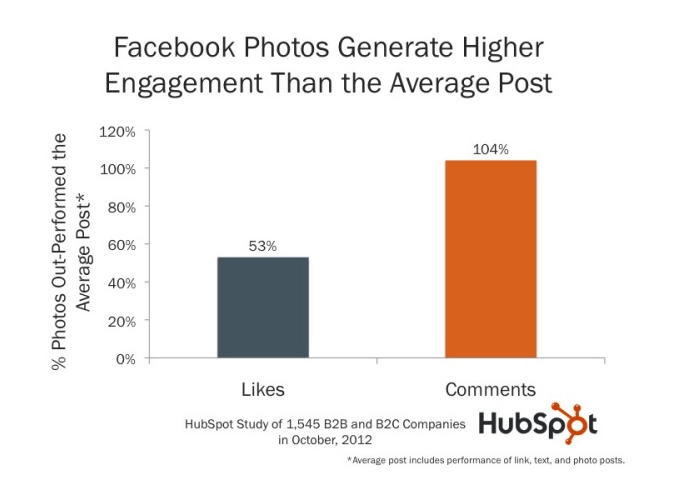 If you want to reach more people, a great way to do that is to skip the sponsored or “boosted” posts and just advertise to your target market through Facebook’s default ad platform. That platform has grown and changed over the years, and today it offers a rich dataset for companies.

In fact, it probably rivals Google’s own ad platform. Advertisements don’t have to lead people back to your Facebook fan page. They can direct users to a landing page on your site – this makes Facebook much more valuable than it used to be.

With ads, you can:

And, best of all, you don’t have to worry about increasing organic reach for some arbitrary or hypothetical benefit. Ads, while not cheap, are a proven way to gauge interest in your product or service, and the response is immediate, often with results appearing after a few hours of your ad being approved. This means you can just focus on getting people who are actually interested in what you have to say, rather than messing around with “likes” and comments that go nowhere.

Tip: Do you need help with Facebook? Hire experts or freelancers on Fiverr.

Guest Author: Judith Schneider works as an Internet advisor. She enjoys writing about what works for her online. Look for her posts on many computer and tech blogs.