Using Twitter professionally for the past 3 years, I’ve seen my share of contests that were organized by both the bigger brands and smaller businesses.In fact, if you were to search with the phrase ‘RT to win’ on Twitter, you’ll find many interesting contests being held on a daily basis. 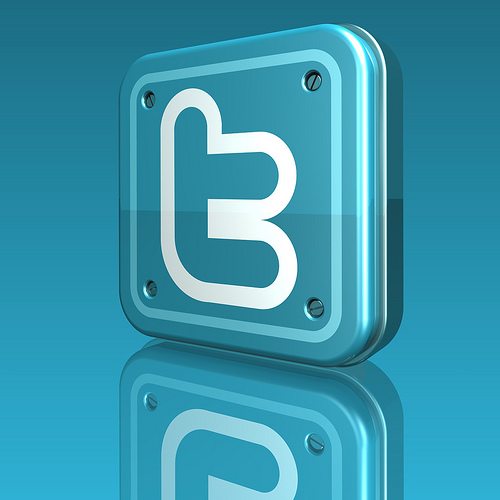 A Twitter contest is not only a great way to build buzz and increase brand engagement, but it also generates new followers and grows your brand presence.

There are even some who would suggest that Twitter contests are more effective at building engagement than any other online (paid) investments.

Clearly then, as Twitter grows its influence in social media, so too would the importance of Twitter contests.

In a ‘creative answer’ format, users are usually asked to answer a question from the organizers using a hashtag. The answers need to be as creative as possible, and the winners will be chosen by the organizers.

This format has been tried and tested in offline media over the years, where contestants usually have to write a creative answer within a certain amount of words (50 words, 100 words, 200 words, and so on). Twitter contest organizers have easily adapted this format, seeing that Tweets are already subjected to character limitations.

Here is one example:Back in 2010, KFC held a ‘creative answer’ Twitter contest. Winners were presented with a $20,000 scholarship by KFC. The applicants had to explain, in 140 characters or less, why they deserved to win and include the hashtag #KFCScholar in their tweets.To make this more relevant with the concept of advertising, we need to take a peek behind this $20,000 scholarship.

First let’s understand that the cost of this contest is the amount of scholarship. That’s $20,000. Then, throughout the contest, it was found that there were over 2,800 participants. So the average cost to gain 1 participant (or to gain 1 engagement) is $7.14! That’s not a bad amount to dish out in order to get 1 person to talk with your brand.

Amanda Russell (@arlp111) was the winner of the contest by tweeting “#KFCScholar Hey Colonel! Your scholarship’s the secret ingredient missing from my recipe for success! Got the grades, drive, just need cash”.

A sweepstakes is a contest where winners are chosen at random or through a ‘lucky’ draw. Sweepstakes can come in several different forms as well, namely:

One of the most popular contests on Twitter. As the name suggests, participants are required to Retweet to stand a chance of winning. After the duration of the contest has ended, winners will be picked at random. It is one of the simplest contests to set up.

There are two ways that organizers can do this:

There are several downfalls of this, and one of the most critical ones is the organizers won’t be able to provide much information about the contest with the 140 character limitation on Twitter. Some organizers will have use their blogs, websites, or set up a new landing page to give more details about the contest such as the rules, the duration, and the prizes.It will be tough to pick winners too as organizers have to manually copy and paste the participants or use software like random.org to pick random winners.

Here is a contest held by the National Lottery @tnluk, their tweet have been retweeted over 3000+ times.

Another issue with retweet to win contests is that an entrant does not agree by any rules before retweeting or specifically agree to enter the contest and be bound by their terms. This can have many legal implications.

Alternatively, businesses who want to organize a Twitter contest (inclusive but not limited to ‘RT to win’) can also use an application. Binkd, an easy-to-use platform for promotions, recently just launched a free Twitter contest application that allows businesses to set up a branded Twitter contest efficiently. Using the application, users can set up a landing page with their company logo, give more information about the prizes, and more information about the contest. The winner of the contest will be picked automatically after the contest has ended.  By providing a dedicated entry form the legal implications of a manual contest is removed.

To get more followers, some businesses will ask participants to follow them to be included in the contest. All they need to do is to follow or retweet and follow. Winners will be randomly drawn after the contest has ended. Here is a contest held by @hairdazzle on Twitter.

Again, this bears the same legal implications as a manual Twitter contest.

A picture is worth more than 140 characters on Twitter. For this type of contest, users will have to send in a photo and they will stand a chance to win a prize, usually in a form of a small gift or a voucher. Like the ‘creative answer’ contest, the winner or winners will be picked by the organizers. Here is an example of a contest: @LaTasca, a Spanish Tapas restaurant in the UK, recently gave away a £50 La Tasca voucher for the customers who have sent a Twitpic of their tapas.

KFC, who have had great success with their creative answer contest back in 2010, decided to innovate their contest format last year and chose instead to organize a photo contest. The contest prize was another $20,000. In this contest, users had to tweet a photo showing an example of their commitment toward education and how they are enriching their communities. The winner was Daniel Galuppo, who shared a photo of his trip to Vietnam, where he photographed orphans so that they can have a photo of themselves to keep.

A question and answer contest is very straight-forward. Organizers of the contest post a question on Twitter and the winners would be selected based on either the fastest time it is answered by a participant, the most accurate answer, or through sweepstakes (if the organizer loses control of the contest and has no other way of selecting the winner)

While this is not the most innovative type of contest, if it is done frequently enough, it would help in ensuring that users continuously visit your Twitter account to check for random questions.

Twitter is a great platform to easily set up a contest, but there are also potential for users to abuse the contest such as creating several Twitter accounts to get higher chance of winning a contest. Hashtags could also be abused to make your contest look like spam.

As a tip, mentions of your account should be required in the tweet used for entering the contest. Twitter’s search does not guarantee that it will return every tweet with your search term, including hashtags, only mentions are all guaranteed to be returned .

A good contest needs to be prepared for everything and have clear boundaries, such as allowing users to join/retweet only once a day.

If your company is new in organizing a Twitter contest, it is highly recommended that you use an application instead because it will help in creating a strong foundation for your contest (which would help to ‘be prepared for everything’).

If you have missed it above, the Binkd free Twitter contest platform would definitely help you to build a quick and complete contest.

Love to hear your stories.