The challenge for any movie actor is to continue to remain in the public eye as they transition between movies, television and acting roles. To be invisible for too long can spell the end of a career. Maintaining a public persona is vital to ensuring that your star power continues to maintain momentum. 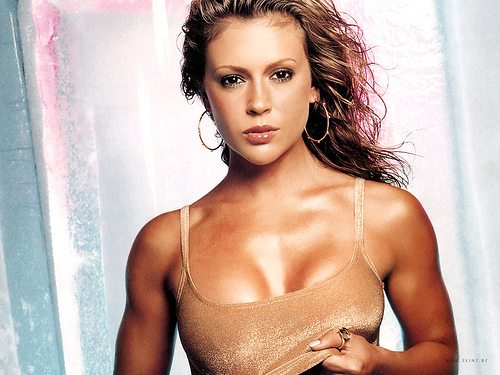 The achilles heal of  traditional mass media for the personal brand for an actor is that once the TV is turned off there is no way to view that show again until it appears years later as a repeat. Once the newspaper has printed your story you are lining bins and thrown out with the trash the next day.

The leverage of social media and the web is that if your presence is broad and deep it is much harder to be invisible and much easier to be continually found than rely upon the next photo opportunity, press release or the whims of the editors and media moguls who are the gatekeepers of  the ageing TV and movie industrial complex. On social media you have the power to be your own publisher and promoter and the saying “what happens in Las Vegas stays on Facebook, Twitter and YouTube” reveals the truth of the longevity of content on social media. (This also should be considered  in light of the downside of social media so that thinking is happening before sharing on social media as highlighted  in the article “30 Things You Should Not share On Social Media“)

Alyssa Milano, a famous actress who has starred in popular television series such as  “Who’s the Boss” and Charmed and is about to star in a new movie “Hall Pass” with Owen Wilson and Christina Applegate opening February 25, understands the power of social media to ensure that she is certainly not forgotten or becomes anonymous.

Her social media pulling power can be seen when the highly successful social media old spice campaign even records two short 20 second and 40 second  YouTube videos in response to her tweet on Twitter!!

So what are her 5 secrets to social media success?

Alyssa has 3 Twitter accounts with the main account being a social media force to be taken very seriously with over 1.3 million followers.

This helps her keep in touch with her million plus fans and ensures she is found online easily, quickly and in real time.

The Facebook account at this stage is not at the same level as Twitter as Alyssa has obviously spent more time and focus on the micro blogging platform but 11,315 Facebook fans is still significant and helps keep her name circulating on the web.

The blog is integrated into her website which helps her search engine optimization as well as her presence on the posterous blog. The blogs  show the human side of Alyssa with photos and stories about her philanthropy and her love of animals and certainly helps her enhance her online digital assets.

4. Keeping It Real and Authentic

Showing her passion, interests and keeping it real is included in her tweets, website and blog and this continues to keep her connected with her fans.

5. Website Is Social Media Optimized and Up To Date

2. Embrace the power of YouTube, which is vital for a famous visual media brand and personality.