Digg has recently had a major makeover and I have started using it again after being invited to participate in the Beta version prior to it going live a couple of weeks ago.

Digg was one of the first generation social media sites (it started 5 years ago) where you could post an online article or post that you have found interesting to share with others. You can also vote or Digg an article if you like it. 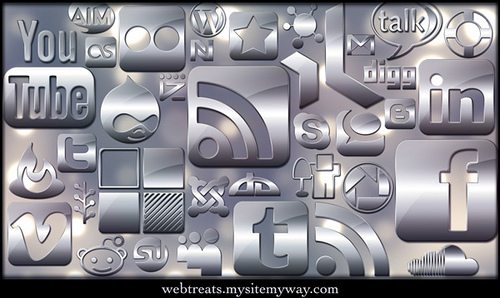 Due to the rise of  Twitter and other social media channels Digg.com has suffered over the last couple of years and it has added a new social focused “My News” section (as well as other new features) which provides curated news feeds based on the activity of your friends and the people you choose to follow.

Mashable, the top social media  blog in the world has recently added an additional feature where you vote via a “Digg” button on its articles as well as the usual and now well known and accepted Facebook share or ReTweet buttons

So what are some of the top social media articles that are being “Dugg” on Digg.com (one of these includes an article on the revolt within the Digg community against the new platform)

The Financial Times has said that the implied valuation means that Facebook is now has a higher valuation than technology giants such as eBay and Yahoo!, which have capped market values of $30.1 billion and $18.3 billion respectively.

David Gelles, a reporter for The Financial Times wrote: “Common stock in Facebook is trading as high as $76 a share as investors scramble to get a piece of the company before it files for an initial public offering, which analysts say could be the biggest technology IPO since Google’s $1.67bn flotation in 2004…read more

2. Kanye West And How Twitter Has Changed The Way We Communicate (174 Diggs)

If you needed any more proof that Twitter has transformed how we absorb information and communicate, look no further than Kanye West.

The superstar rapper let loose a barrage of 70+ tweets, starting with a declaration of his love for Twitter and ending with an apology to Taylor Swift.

His apology refers to last year’s VMA incident, where West rushed onto the stage and interrupted Swift’s acceptance speech for best female music video. More importantly, the 33-year-old rapper was vilified by music fans, the media and even President Obama.

He used his brand new Twitter account to do it. Whether you think his “stream of consciousness” is the rambling of a broken man or his most heartfelt attempt yet to put the incident behind him, you can’t help but appreciate the rawness of each tweet. There is no filter or middle man between his thoughts and the rest of the world.

Here are some of  his tweets (check out his Twitter stream if you want the whole thing), that encapsulate the raw nature of his barrage of tweets:

– “How deep is the scar… I bled hard.. cancelled tour with the number one pop star in the world … closed the doors of my clothing office”

– “That’s when you realize perception is reality. I’ve been straying from this subject on twitter but I have to give it to you guys raw now.”.. read more

An interview with Digg’s VP of product, Kevin Desai, about where Digg is now and where its going.

“Short of you hiding for the last week, you must know that Digg is undergoing massive change and turmoil. The company launched their much anticipated redesign into a maelstrom of controversy. Ever since the new site went live last week, Digg has been the subject of talk in the world of tech”…. read more

Reddit has taken over the front page of Digg. If Kevin Rose and the rest of the Digg team thought that a long weekend would be enough to calm the furor over the latest changes to the popular site, they were clearly mistaken. Not only did Digg’s users declare today “quit Digg day,” but in order to protest Digg’s new auto-submission system, users are now upvoting every Reddit story on the site. These stories are being submitted to Digg by Reddit itself through the new auto-submission system that is a core part of Digg v4…read more

In honor of yesterday’s epic “Dead Girl” Google Street Bomb, as reported by Gawker, we’ve put together a list of the top ten Google Street View Photobombs. See them here