6 Ways to Build an Audience Without Writing a Word 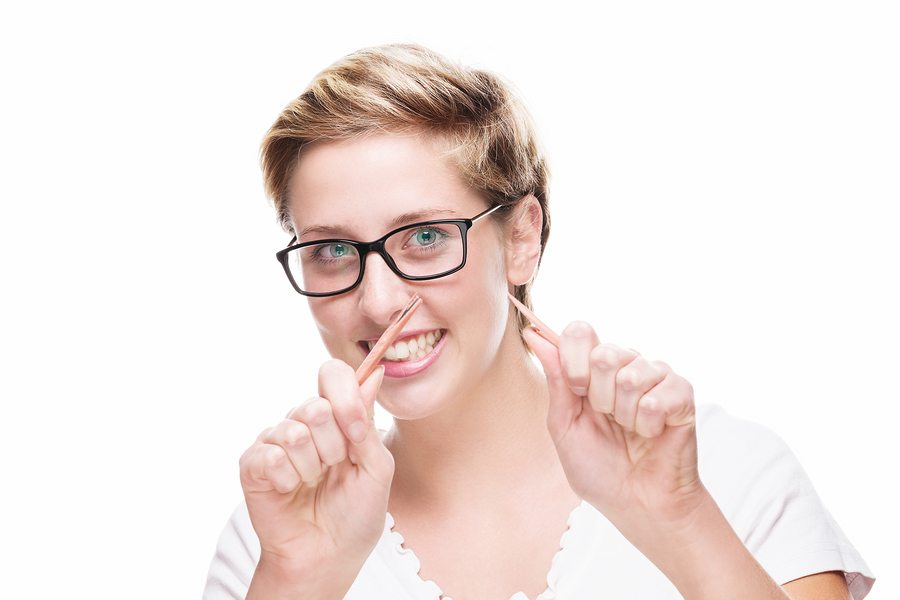 Some people are natural writers, while others work hard to hone their craft.

Then there are those who just never get along with the written word at all.

If you’d rather head for a root canal than sit down in front of a keyboard and start typing – how can you build an audience, and authority, in a world dominated by blogs?

Don’t worry, all is not lost!

There are plenty of alternative ways to educate, inform, inspire and entertain the folks that you want to build a relationship with.

Here are 6 ways to do just that, and build an audience and authority without writing a word.

Want to drive more traffic to your blog and website?

I am running free training on the “5 Key Strategies to Grow Your Traffic” without paying Google or Facebook a cent!.

These are the exact tactics I used to attract over 16 million people to my blog and have over 400,000 visitors a month read my posts ..Join us

It’s completely possible to build an audience using nothing but visuals. Just ask Pinterest and Instagram, along with some of the top influencers who’ve used their tools to build giant followings (and incomes too).

If anything, the internet is becoming ever more visual (just see slide 68 of Mary Meeker’s Internet Trends Report if you need convincing). 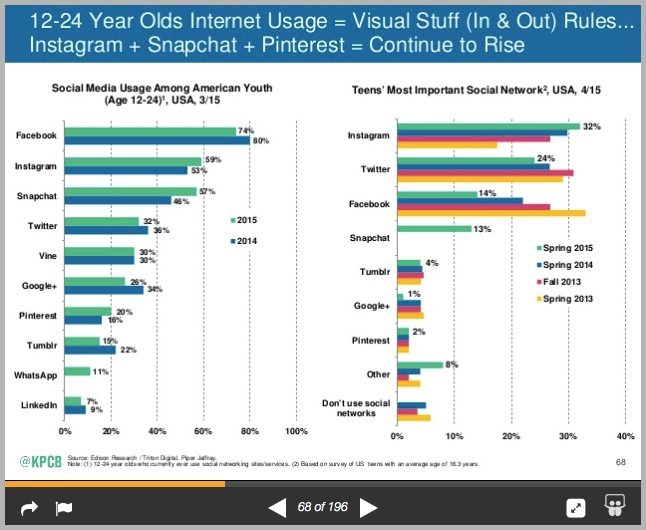 So if you have an eye for design, infographics, drawing, cartoons or photography then the chances are you’ve got exactly the right skill set to build an audience and authority.

The excellent site xkcd.com has been building a loyal following for years now with their irrervant and incisive cartoons. 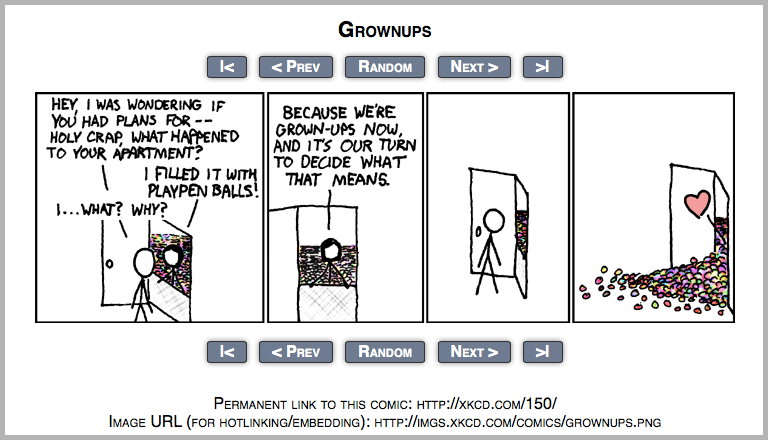 While Ryan McGuire of Bell’s Design has used free, high quality photography via Gratisography to build up his audience. 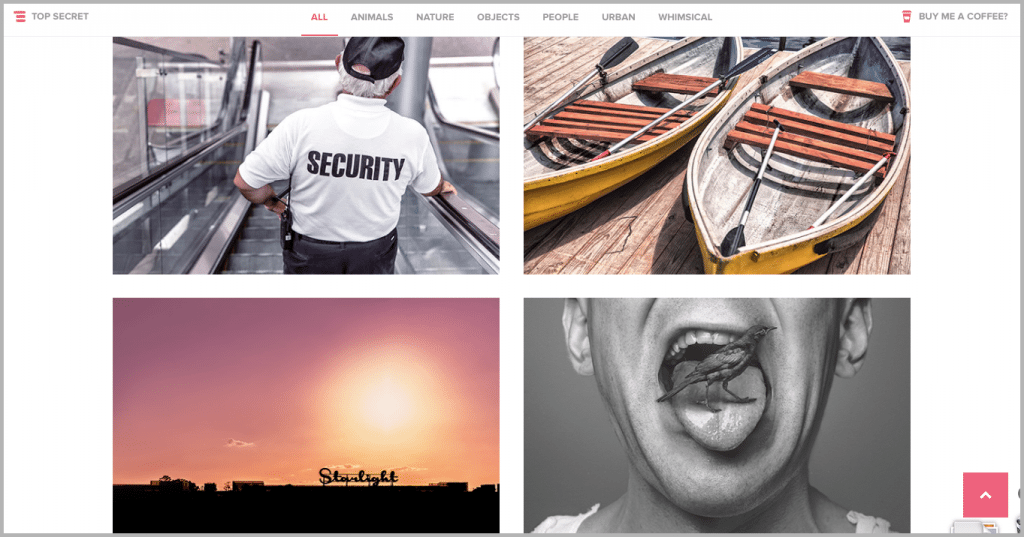 Hubspot, a runaway content marketing success, has also used a lot of different visual assets, from their own license free ‘stock photos’ to powerpoint templates and infographics to power their audience growth.

Whether you opt for infographics, cartoons, photography or something else entirely, there are plenty of audience-building options when you use visuals.

If the ideas you want to express just can’t be conveyed in a simple image, then you might want to consider video as your medium of choice.

Videos are able to convey a huge amount of complex and nuanced information in a matter of seconds, so they’re a powerful tool to add to your arsenal.

Rand Fishkin, a veteran content marketing and SEO industry figure has a really popular video series feature called Whiteboard Friday’s which regularly get over 5,000 shares per video. This has helped him stand out as an authority in this competitive space.

Going further than that, the design marketplace Behance (now owned by Adobe) has created a whole ‘Ted-esque” series of video talks under a separate brand name called 99u, which has built a large global audience of viewers.

Other’s have actually built their entire business from video, with one of my favourites, Mixergy, creating a library of over 1000 online interviews with entrepreneurs. Its founder, Andrew Warner, charges a monthly subscription to access the whole lot, creating a business estimated at over $30m.

Not keen on being in front a camera, or think that video is a little out of your budget?

Well, podcasting could be the thing for you.

Creating a regular podcast series is a fantastic, low-cost and simple way to convey your expertise and reach out to other influencers in your industry, helping you build an audience by tapping into theirs too.

Just look at this blog, which turns every post into a podcast, helping boost engagement and reach new audiences.

Other established sites are also betting on podcasting, such as Copyblogger, who have moved into podcasting in a big way, launching the new Rainmaker platform earlier this year.

John Dumas of Entrepreneur on Fire was an early adopter of podcasts, as was Pat Flynn of Smart Passive Income, and both are now reaping the rewards by building up huge, loyal followings that sustain their full-time incomes.

Entrepreneur on Fire has had over 7.6 million downloads since its launch in 2012, while Smart Passive Income has managed an even more impressive 15 million.

Webinars are a strange beast that sit somewhere between podcast, video and live event. They’ve been around for a long time, but that doesn’t mean they’re not valuable tools for building both your authority and audience reach.

A particular strength of webinars is that you naturally ask people to RSVP – a great way to ask for their contact details and therefore an equally great way to build your email list. Neil Patel, a successful serial entrepreneur and blogger is a big fan of webinars for this reason.

They’re clearly popular too, with companies like BrightTalk creating highly profitable businesses simply by hosting and aggregating them for other companies, showing there’s a sustainable, and growing, volume of demand for them.

If you can’t afford to use proprietary webinar software (or find it too complex) then you should check out free services like Google’s Hangouts on Air, a fantastic, reliable and free way to create online webinars.

If you’re a more tactile, press-the-flesh ‘people-person’ then you might want to focus your efforts on live events.

People love events because they’re often an opportunity to learn, relax and network all in the same space.

They also offer a range of opportunities to capture videos, photos and interviews that can be used post-event to continue building out your audience.

Joe Pullizi, founder of the Content Marketing Institute (CMI), has found huge success by speaking at events all across the USA and the world; and having CMI host their own conferences and events including Content Marketing World.

Three Beards, a UK company, started out by organising informal monthly ‘Drink-abouts’ for the tech community in London’s Silicon Roundabout, and have now grown from a side project to a full-fledged business with 5 full-time employees and a regular roster of popular event formats that have even gone international.

Still not convinced? You only have to take a quick scan of Eventbrite to see how many people are using events to supplement their income or even pay their full wage.

Last but certainly not least, if you simply can’t muster the time or resources to create original content in any of the formats mentioned above, then you can still turn to content curation as a way of building up your authority and reach in a particular industry.

Another great example of content curation, in this case using the humble newsletter, Next Draft by Dave Pell, who has amassed over 160,000 subscribers to his daily email which shares the most interesting stories in business, culture, and tech.

By creating highly selective and limited collections of content, you are adding value to busy readers by cutting out all the other distractions they would otherwise have to wade through.

If you simply can’t face writing post after post, then don’t worry, because you can still build a large, loyal and profitable audience through a number of different content mediums.

Which appeals the most to you?

Guest Author: Mark Walker is a blogger, speaker and the Head of Content Marketing at Eventbrite in the UK. He prides himself on delivering business results, genuine value to his audience, and on learning something new every day. You can get his 14-point checklist for consistently creating brilliant content at his blog WeLiveContent and connect with him on Twitter @jfdimark or on LinkedIn.

Want to boost a ton of traffic to your blog?

I am running free training on the “5 Key Strategies to Grow Your Traffic” without paying Google or Facebook a cent!.

These are the exact tactics I used to attract over 16 million people to my blog and have over 400,000 visitors a month read my posts ..Join us