It’s always a worry that you’ll tweet from the company account and realise you’ve spelt something wrong or left a word out. 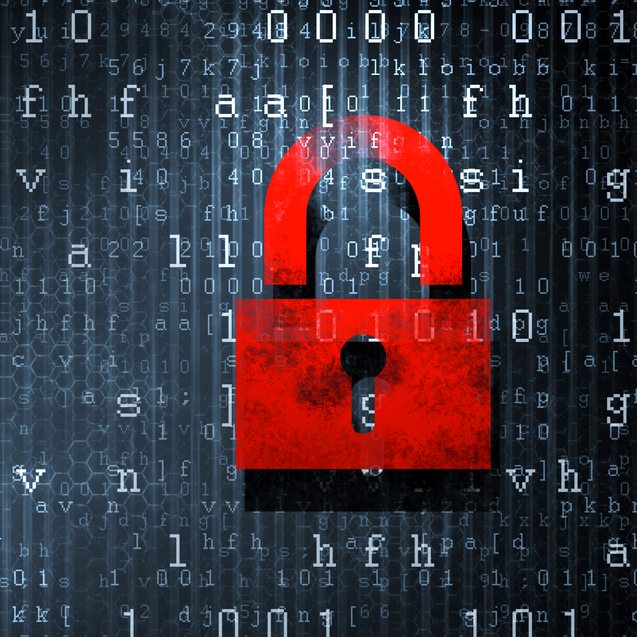 But what happens to those unfortunate businesses who have their entire account hijacked – often with disastrous consequences.

It might be funny for us bystanders, but for the company who’s just announced something they shouldn’t have – it’s less of a laughing matter.

This is sometimes due to an unhappy ex-employee or you have annoyed a customer and they are out for revenge.

Here are 7 examples both humorous and serious.

HMV’s demise at the hands of iTunes and music piracy was a sore point among many devout music-shop lovers, and even more so within its staff. When the company went into administration, the closure of many shops around the UK followed, which naturally included a wave of redundancies.

In a passive-aggressive display against this, HMV’s Twitter feed filled up with the #hmvXFactorFiring – a blow by blow account of the firings going on at their head office. 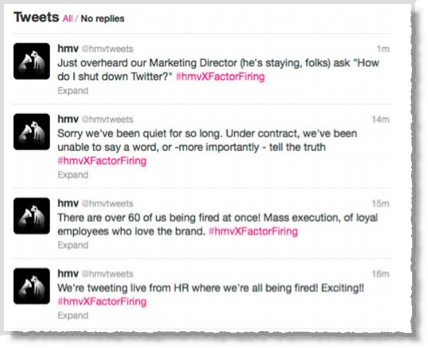 Higher echelons of the company swiftly resumed control, and the rebellious tweets were deleted – but not before they got the last word (and the last few tweets): “Under usual circumstances, we’d never do such a thing as this. However, when the company you dearly love is being ruined, and those hard working individuals, who wanted to make HMV great again, have mostly been fired, there seemed no other choice.”

After the mysterious tweeter was dispatched, HMV tweeted an attempt at damage control, clarifying that there had been redundancies – just not in the stores, and adopted both the revolt’s hashtag, #hmvXFactorFiring, as well as their own, #savehmv.

One of the world’s largest online payment merchants came under attack from an unhappy customer, who used the business’ Twitter account to complain about its service. Considering that PayPal holds over 100 million credit card accounts, the company were quick to announce that it was only Twitter that got hacked, and nothing with personal details.

The hacker angrily tweeted about PayPal freezing their account, and linked out to paypalsucks.com, an anti-PayPal site that seeks to expose the “nightmare of doing business ‘the PayPal way’.” 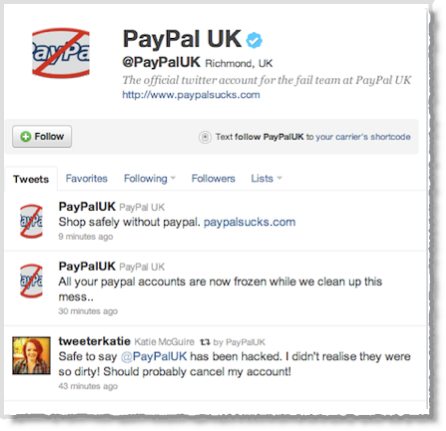 While the offending tweeter is still unknown, the company had a large amount of cover-up to do when they resumed control over the account.

The fast-food giants were hacked by someone with less of a grudge and more of a sense of humour. Their Twitter icon was switched to McDonalds’ golden arches, and it was ‘revealed’ that the company had been bought out by their rivals. 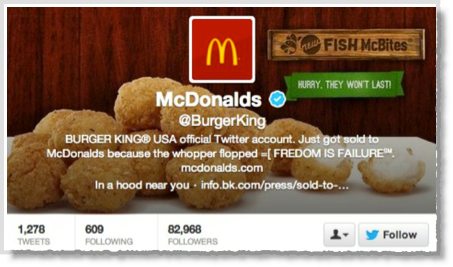 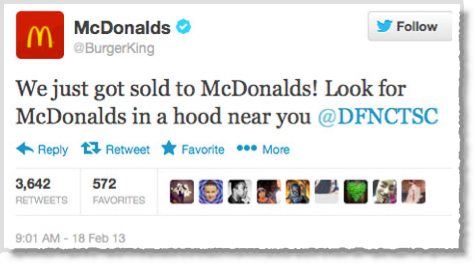 Burger King’s Twitter feed became inundated with tweets referring to drugs, American rappers, and McDonalds. The social media team managed to gain control fairly quickly, and the following day revelled in the attention they got: “Interesting day here at BURGER KING, but we’re back! Welcome to our new followers. Hope you all stick around!”

Luckily for the burger giants, the disaster turned into a social media success, and gained them over 60,000 followers.

The iconic car manufacturers were hit in a similar way by hackers. With a theme like Burger King’s attack, the Twitter account announced that “We got sold to @Cadillac because we caught our employees doing these in the bathroom”, accompanied by a picture of a bottle of painkillers. 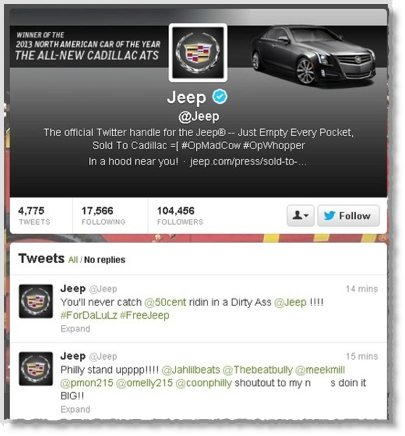 Following the takeover tweet was various links to hip-hop sites and rappers. The social media team were quick to delete the offending tweets, and put the issue to bed. They handled the entire incident with a great attitude – evidently highlighted by their tweet to Burger King, “[email protected] Thanks BK. Let us know if you want to grab a burger and swap stories – we’ll drive.”

To the delight of many around the world, biased American news channel Fox, had their Twitter account hacked. Rumoured to be behind the tweets was the hacker collective, Anonymous.

The Fox News Politics accounts tweeted that President Obama had been shot in the head and killed, and Vice-president Joe Biden had taken over in his place. 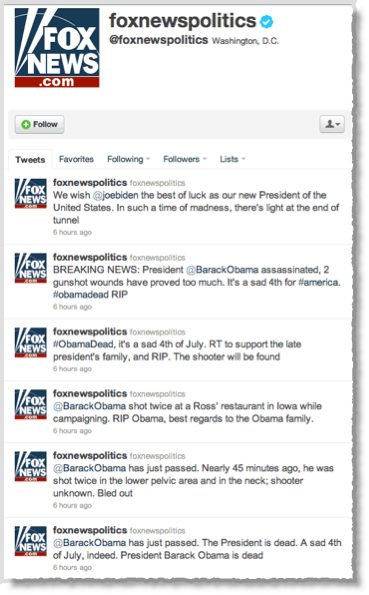 In an interview with Think Magazine, a member of a similar group, Scriptkiddies, said that “Fox News was selected because we figured their security would be just as much of a joke as their reporting.” 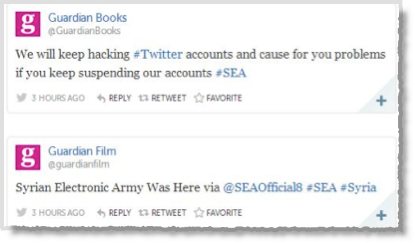 The Guardian wasn’t the only major account to be hacked: the Financial Times, CBS News, BBC News and Associated Press took a hit as well.

The SEA are a group supporting the Syrian president, Bashar al-Assad in the ongoing civil war.

Despite having the skills to hack into huge global institution’s accounts, their wit is slightly lacking, leaving the original, well thought out message, “Syrian Electronic Army Was Here”.

While the Guardian got away lightly in their encounter with the Syrian Electronic Army, Associated Press weren’t as lucky: following the tweets, the Dow Jones Industrial Average dropped 1% in several seconds, as investors panicked.

The SEA posted several tweets, announcing the bombing of the White House and the subsequent injuries to President Obama. 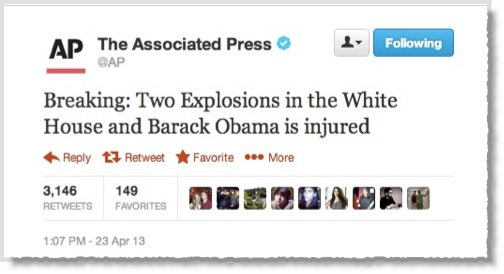 American news station CBS were also hacked, tweeting “Terror is striking the #USA and #Obama is Shamelessly in Bed with Al-Qaeda”.

Has your Twitter account ever een hacked or hijacked? What happened and what did you do about it?

Guest author: This post was written by John Philips from Cheap SSLs, who are a reseller of SSL certificates from the likes of Comodo, GeoTrust and VeriSign.