Social media and inbound marketing techniques have been a boon for marketers. Not only do leads generated through social and content marketing cost half as much as traditional outbound-generated leads (see below), they also close at higher rate (again, see below). 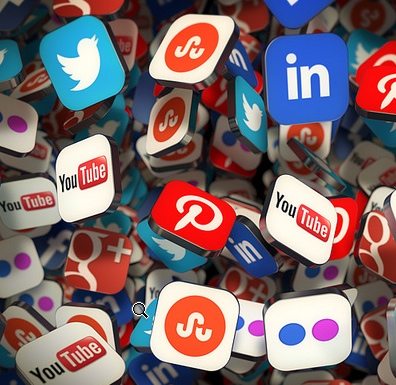 And social media isn’t just about lead generation of course. While prospective buyers are using search and social to research products and services before making purchase decisions, marketers and PR professionals can use those same tools to research buyer wants and needs. And their competition. And…even social media itself.

Which brings us to this post. Wondering which social network is most effective at generating b2b leads? What marketing technique generates leads with the highest close ratio? What the best day of the week is for Facebook posting? Which U.S. city produces the largest share of “pins”on Pinterest?

Find the answers to those questions and many, many more in this collection of 72 fascinating social media marketing facts and stats for 2012 (or read the latest facts about social media).

3. Although Facebook is the most important social media lead generation tool for b2c marketers (with 77% saying they had had acquired a customer through Facebook, compared to 60% for a company blog), among B2B companies, LinkedIn was the most effective, with 65% having acquired a customer through the professional network, followed by company blogs (60%), Facebook (43%), and Twitter (40%). (Marketing Charts)

4. The best way to “go viral” is to engage millions of users, each of whom share through small networks. “Online sharing, even at viral scale, takes place through many small groups, not via the single status post or tweet of a few influencers…Content goes viral when it spreads beyond a particular sphere of influence and spreads across the social web via ordinarily people sharing with their friends…the median ratio of Facebook views to shares (is) merely 9-to-1. This means that for every Facebook share, only nine people visited the story. Even the largest stories on Facebook are the product of lots of intimate sharing—not one person sharing and hundreds of thousands of people clicking.” (Ad Age)

5. LinkedIn generates more leads for b2b companies than Facebook, Twitter or blogs. Yet only 47% of b2b marketers say they are actively using LinkedIn vs. 90% on Facebook. (Social Media B2B)

8. As for “best in class” practices, 51% of best-in-Class companies use website social sharing tools, compared to 36% of average firms while 49% use keyword-based social media monitoring, compared with 39% of their more average peers. (MarketingProfs)

9. Top executives need to be involved in social media. 77% of buyers say they are more likely to buy from a company whose CEO uses social media. 94% said C-suite social media participation enhances a brand image. And 82% of employees say they trust a company more when the CEO and leadership team communicate via social media. (eMarketer)

Want more registrations on your website? Consider offering a social login (i.e., the ability for visitors to register at and log in to your site using one of their existing social network profiles rather than creating a new login):

10. 86% of people say they are bothered by the need to create new accounts at websites. (MarketingSherpa)

11. 77% responded that social login is “a good solution that should be offered.” (MarketingSherpa)

12. 21% of “best in class” companies use social sign-in, compared to 8% of average-performing firms. (MarketingProfs)

13. Only 27% of B2B leads are sales-ready when first generated. This makes lead nurturing essential for capitalizing on the other 73%. But 65% of B2B marketers have not established lead nurturing campaigns. (MarketingSherpa)

15. B2C Facebook interaction is 30% higher than average on Sundays. (Mindjumpers)

16. Though nearly every large charity and university in America has a Facebook presence, less than 60% of the Fortune 500 do. (Mindjumpers)

17. 95% of Facebook wall posts are not answered by brands. (Mindjumpers)

18. Though Facebook continues to add users, U.S. members are becoming less active there. Between mid-2009 and late 2011, “messaging friends declined 12%, searching for new contacts fell 17% and joining a group of Facebook users dropped 19% in the U.S.” (MediaPost)

19. 70% of local businesses use Facebook.The U.S. has the largest number of Facebook users. The country with the second-largest Facebook population: Indonesia.  (Jeff Bullas)

20. Facebook is the leading source of referred social media traffic to websites, at 26%. Twitter is second at 3.6%. (Pooky Shares)

21. Facebook marketing is a specialized skill. For those looking to outsource this function to a professional consultant, expect to pay $500-$1,500 for initial page setup and anywhere from $1,000 to $3,000 per month for ongoing content management and curation. (Mack Collier)

22. 52% of consumers say they have stopped following a brand on Facebook because the information it posted had become “too repetitive and boring.” (SMI)

23. There are now roughly 100 million active Twitter users (those who log in at least once per day). (Mindjumpers)

24. 34% of marketers have generated leads using Twitter, and 20% have closed deals. (Mindjumpers)

27. Twitter now has 200 million users, including 8% of the U.S. population. About one-quarter of all users are considered “extremely active,” checking in several times per day. (Jeff Bullas)

28. 55% of all Twitter users use the service to share links to news stories, and 53% retweet others. (Jeff Bullas)

29. 77 of the world’s 100 largest companies maintain a corporate Twitter account. But media outlets are the most active users. (Jeff Bullas)

30. Most professional consultants charge $500-$1,000 to set up a Twitter account (optimized bio, custom background etc.) and $500-$1,500 per month for ongoing management (dependent on level of activity and amount of content). (Mack Collier)

31. Google’s search engine is used by 85% of global Internet users every month. (MediaPost)

32. Google+ is expected to reach 400 million users by the end of 2012. It’s membership is 63% male, with the largest cohort in their mid-20s. While the largest block of users by country are in the U.S., the second largest is India. However, only 17% of users are considered “active.” (Jeff Bullas)

33. The image-based social network has grown 4,000% in the past six months, now boasts more than 4 million users, and keeps those users engaged: the average Pinterest user spends nearly an hour-and-a-half per month on the site, behind only Facebook and Tumblr. (Jeff Bullas)

34. 83% of Pinterest users are women. In the U.S., the most popular categories are Fashion, Desserts, Clothes and Birthdays. (MediaPost)

35. But in the U.K., the five most popular topics on Pinterest are Venture Capital, Blogging Resources, Crafts, Web Analytics and SEO/Marketing. (Pooky Shares)

36. 22% of all pins come from New York, followed by Los Angeles at 15%. A higher percentage come from Minneapolis (10%) than from San Francisco (8%)–even though Pinterest is based in Palo Alto. (MediaPost)

37. Pinterest is virtually tied with Twitter (at 3.6%) for the amount of referred social traffic it sends to websites. (Pooky Shares)

39. The five most popular tags for Tumblr posts are GIF, LOL, Fashion, Art and Vintage. The U.S. has the largest share of users, followed by Brazil. (Jeff Bullas)

41. One-third of smartphones globally use the Android OS. (MediaPost)

44. While three-quarters of b2b marketers are aware of the growing importance of mobile devices, only 23% rate mobile search as either “important” or “critical” to their search marketing objectives. (BtoB Magazine)

46. Although the percentage of visits to b2b websites coming from smart phones has increased nearly 50% in the past year, they still represent only about 1 out of every 24 sites visits on average. (Webbiquity)

47. 57% of B2B marketers say SEO has the biggest impact on their lead generation goals. (Mindjumpers)

48. Though half of all b2b digital spending is focused on search and most websites are organically optimized, only 65% of b2b marketers have ever used pay-per-click advertising. (BtoB Magazine)

49. Search provides the highest quality leads. According to research by HubSpot, “SEO leads have a 15% close rate, on par with the close rate for direct traffic, and ahead of referrals (9%), paid search (7%), social media (4%), and outbound leads (2%).” (Marketing Charts)

51. Social networks and blogs account for 23% of all time spent online — twice as much as gaming. (Mindjumpers)

52. “Increased frequency of blogging correlates with increased customer acquisition, according to…HubSpot. 92% of of blog users who posted multiple times a day acquired a customer through their blog, a figure that decreased to 66% for those who blogged monthly and 43% for those who posted less than monthly.” (Marketing Charts)

54. Blogs are the single most important inbound marketing tool. “When asked to rank the importance of the services they use, 25% of users rated their company blog as critical to their business, while a further 56% considered them either important (34%) or useful (22%)” for a total of 81%. (Marketing Charts)

57. 52% of b2b marketers use video as part of their content marketing mix. (Smart Insights)

59. SlideShare draws 60 million visitors per month; but most importantly for b2b marketers, it attracts 3X more traffic from business owners than any other social media site. (Jeff Bullas)

65. Small businesses, on average, spend twice the share of their lead generation budget (43%) on inbound marketing as do large companies (21%). Small organiations spend more than twice as much on social media and 3X as much on blogging as their larger counterparts, while big businesses spend three times as much on trade shows and nearly twice the share of their budget on direct mail as do smaller firms. (Econsultancy)

67. 84% of b2b companies are using some form of social media marketing. However, “best in class” companies generate over 3X their share of all leads (17% vs. 5%) from social media as do average performing companies. (MarketingProfs)

69. It shouldn’t be a surprise, but content has to be good in order to be effective. B2b buyers say that less than half of vendor content is useful–and vendors who produce such low-value content are 27% less likely to be considered and 40% less likely to win the business. “Good” content is concise, entertaining (includes stories), more educational than promotional, and is contextually personalized. (B2B Marketing Insider)

70. Most “national” newspapers are still quite regional: the Chicago Tribune gets socially shared at above average levels only in Illinois, the Washington Post only in Virginia, D.C. and Maryland, and the New York Times only in a clump of northeastern states and Hawaii (though the Wall Street Journal is very popular in Arizona). Fox News is most popular in the southeastern U.S. plus Nevada and Alaska, while the Huffington Post is widely share along the Interstate 35 corridor (Minnesota to Texas), Florida, Oregon, Maine and the rustbelt. (Forbes)

71. Online CPM rates have little correlation with actual advertiser value delivered. Nearly one-third of all display ads are never seen (defined as 50% of the pixels in view for at least one second). But contrary to popular belief, “below the fold” ads don’t necessarily have lower impression rates than those placed high on the page. (MediaPost)

72. Leaderboard (728 x 90 pixels) and medium rectangle (300 x 250) ad sizes have the highest view-in rates. Coupon and directory sites have the highest ad view rates, both over 80%. In contrast, a sponsor’s ads had just a 27% likelihood of being seen on pet-oriented sites. (MediaPost)