Twitter is often touted as being a 140 character publishing platform for simpletons. In fact my first impressions when I started using Twitter in December 2008, was that it was a rather benign and simple way to send a type of SMS but on the web, consequently I was a rather light Twitter user for several months. 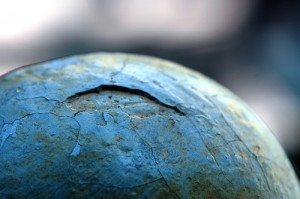 I saw people who had ten thousand plus tweets and thought that they must not be doing anything else but tweeting from a desk locked away in some quiet cave while the rest of the world got down to work and play.

The power both real and perceived of Twitter to influence and accelerate attention was brought to my attention in stark relief when I was contacted earlier this year by the Global executives at Ford and General Motors regarding tweets about blog posts that I had published.

ExactTarget (which  is a leading global provider of on-demand email marketing and interactive marketing solutions including social media) recently published a new study which surveyed 1,500 consumers to identify the top motivations for following brands on Twitter and provide new insight into consumers’ expectations for interacting with brands online.

Morgan Stewart, the principal of ExactTarget’s research and education group said the study revealed that “Consumers active on Twitter are clearly the most influential online,” and went on to say “that even though the number of active Twitter users is less than Facebook or email, the concentration of highly engaged and influential content creators is unrivaled.”

So why are Twitter power users so influential online.

If you take the time to review the 8 key findings what stands out is that a Twitter user is 500% more likely to post blogs which is the core essence of publishing online. So Twitter has become the gathering place for content creators whose influence spills over into every other corner of the internet.