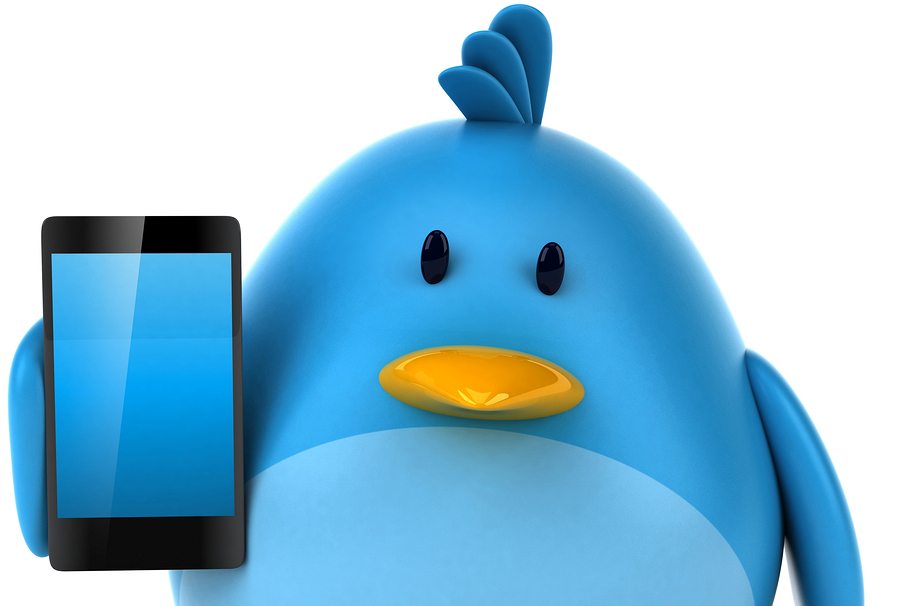 If you think it is going to save your marketing job, make the planet move sideways or transform your love life then you are very mistaken.

For starters, I am a huge Twitter fan and I have been using it for years (for both business and leisure). It has been a 140 simple character toolbox that makes my content move, opened doors and grown my business networks. Through the years, I ended up creating dozens of Twitter accounts and in this article, I’ll share one simple technique that will grow Twitter followers fast.

All you need is probably 30 minutes of your time daily and in a long run, I am sure you would be able to grow your followers much quicker than before.

I started a new Twitter handle a few months back in conjunction with my new marketing blog. Just like you, I was determined to grow Twitter followers without buying any followers and I want to grow them fast!

Bonus: If you want to get more followers, engagement and leads on Twitter right now, consider using Social Quant. Their software will help you grow your Twitter following fast with targeted and relevant followers who are ready to do business with you. Get a 14-day free trial.

Get a 14-day free trial with Social Quant

This case study was started around 3 months back and today I have 3,010 followers. With this technique, I was gaining anywhere between 5 to 30 new followers on a daily basis.

The below is the screenshot shows my followers counts which is take from Twitter Counter. 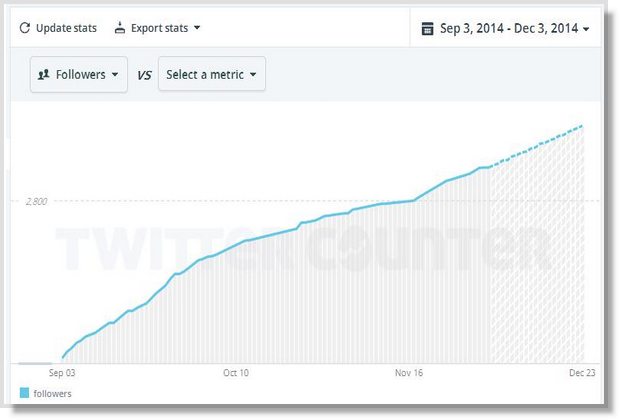 In the next few minutes, I’ll share with you one simple trick to increase my Twitter followers steadily. But before that, let’s go with a quick Twitter checklist (as I call it).

Before you even think of increasing the number of followers, take a step back and analyze your Twitter profile.

Twitter bio is important is more than just giving you a beautiful face and biodata. When a soon-to-be follower checks on your Twitter bio, they will have a glimpse of what you are all about; your expertise, knowledge and ultimately, the real person behind the avatar.

The trick here is simple. Upload an image of yourself (if you are using Twitter for business, photos that are professionally taken are highly recommended), a summary of yourself and what they can expect from you. You can even sprinkle a few hashtags to ensure you reaching out to a larger audience as well. 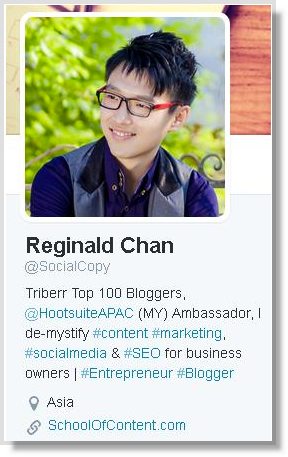 You may also use Jeff’s Twitter bio as guidelines. 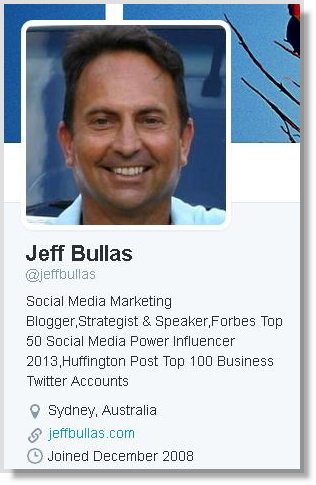 Important Twitter tip: Smiling avatar photos are generally more likeable and could even increase trust (which will lead to a better chance of increase your followings).

Understanding the ultimate goal in increasing your Twitter followers

If you are unaware, Twitter is used by over 190 million users (according to Statistic Brain) and this means that you have tons of opportunities to grow your followers. However, keep in mind that your ultimate goal is to gain more Twitter followers who are interested in what you have to say.

This means that you should not be focusing on Tom, Dick and Harry. Instead, you should be focusing on laser targeted audience which has a high probability of resharing your posts, tweets and even connect with you further!

Connecting with people of the similar interest doesn’t only increase your influence level but as well as the ability to share valuable information with one another. At the same time, you will have a higher chance to increase the click through rates and getting more response from your tweets.

One proven technique to increase Twitter followers for free

I know you are dying to know the technique I’ve been teasing you for the past few minutes and you may even think to send several (virtual) flying projectiles at me.

The technique that I use is retweeting … with a twist. Yes, carry on reading below to know more.

Retweeting is often considered a methodology of acknowledging, agreeing and approving a particular tweet.

Have you ever noticed tweets from Jeff Bullas, Kim Garst and Guy Kawasaki always get tons of retweets?

There’s no science in this … really. These posts get the viral effect simply because:

Here comes the punch line. Wait for it …

How on Earth can I leverage this and grow my Twitter followers?

You may be thinking, “Reg, I am not authority enough in my niche to be on par with these people. How can I use this technique (if it’s really considered one) for my own usage?”

I would put this blame into the human nature. A friend of mine told me this before, “When you are feeling lost, always follow the crowd.”

Trust me, this makes sense.

We (earth-lings) love to be in groups and not in a one-way-mission-to-something. In this case, a post retweeted by you will be seen by both your followers and the influencer’s. Indirectly, you are telling the world that you are agreeing to the post and you are doing it loudly.

This may sound odd but do you know that some of the influencer’s followers will follow you back simply because you retweeted the post?

The mentality would be if you retweet that post, there’s a high chance that you are interested in the topic. Followers of the influencer will tend to follow you simply because they trust you have the same thoughts as them.

What do you get when these people follows you?

You know they are looking for a mutual relationship and you can nurture one!

Important note: No one will follow you without a reason … unless you are an influencer like Lady Gaga or Jeff Bullas!

By now, the retweeting technique to grow the Twitter followers count tend to makes sense to you. But, retweeting is just one part of it.

The biggest problem that you will face with this technique is that you need to retweet plus, providing your own feedback.

For example, don’t just hit the retweet button. Instead, take some time to read the post and understand it. Always remember that your retweets will represent what you think and thoughts are.

Besides that, try to avoid the common “RT @JeffBullas: …” and instead, add some valuable input such as “I love this post by @JeffBullas. Read more here: …”.

You see, the second retweet seems to be more personalized and you are putting your personal feeling into the whole context.

Not only your readers would appreciate, the influencer himself will feel the same way too!

For those of you who do not know about this, I really love the Twitter list features. On my main account, I have 30 specific lists which ranges from influencers in motivation, social media and content marketing strategies. With those lists, I am able to grow my target audience based on my own requirements (yes, by retweeting as one technique).

At the same time, I know a few influencers who do not use hashtags in their tweets. Adding some hashtags into the retweets and leaving a few extra character spacing is great as this will be easier for others to retweet.

As a recap, here are some simple guidelines you can follow instantly:

I certainly hope you find this post useful and trust me, they work like charm! I have been following the above Twitter techniques for months and do you have any tricks on growing your Twitter followers? Leave a comment below and let’s discuss further!

Guest Author: Reginald Chan is the Founder of the WPChronicles.com, a blog providing insights and tips related to WordPress. Follow @SocialCopy on Twitter.