The Basics of Branding in 2019: What You Need to Know 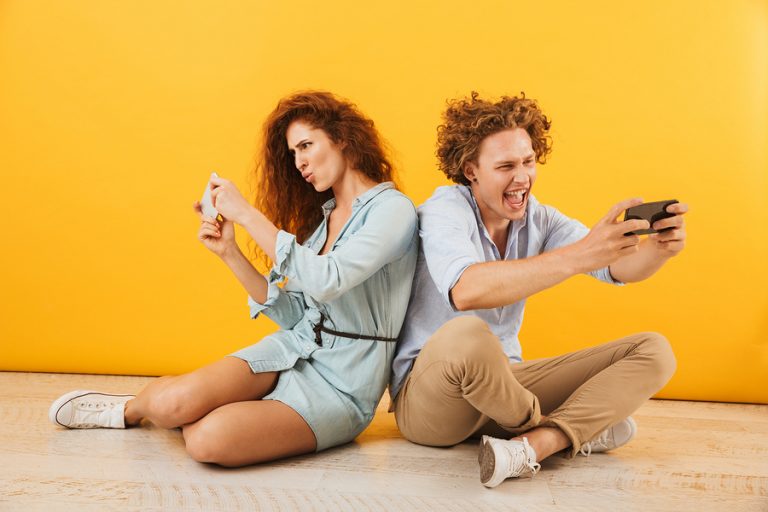 Thanks to new technology, customers are receiving thousands of advertisements from different brands each day.

With this fast and continuous communication, many brands find it hard to stay remarkable and keep their name at the top of the mind of the customer.

Despite the dense communication from companies, customers would not even notice if approximately 70 percent of brands ceased to exist tomorrow.

The worst thing that brands could do is to bore customers and stay unnoticed. Hence it is not surprising that branding basics in 2019 is all about the customer and creating lifelong communications with them.

In 2018 we saw a significant increase in digital technologies as Instagram became one of the leading channels, and chatbots were advanced to a proven tool for better communication. In 2019, branding will turn to the human side. While technology will stay an essential part of the interaction with customers, companies will have to create a brand that is compassionate, based on values and builds an active community.

Here are five trends that will define your branding strategy in 2019.

We are in an era where millennials are the majority of customers and the main target for companies. This is why branding has taken another turn. Millennials look at a product through the brand and its values. If you want your brand to shine you must be sure your values reflect the new generation and can stick to it. This is exactly what Nike did on its 30-year anniversary of the “Just Do It” campaign.

This campaign was the best way to emphasize the core values of the brand “to bring inspiration and innovation to every athlete in the world.” On the anniversary of the campaign, Nike released a very controversial ad featuring Colin Kaepernick, the NFL quarterback. Kaepernick was heavily criticized for his decision to kneel during the national anthem to protest racial injustice.

Nike’s decision to create the ad with Colin heated up the controversy and even led to hundreds of customers burning Nike clothes. However, the tagline “Believe in something even if it means sacrificing everything” showcased the brand’s values in the best way.

A survey of the UK and US customers proved that this bold statement by Nike had strengthened the loyalty of its customers. As Nike CEO Mark Parker stated, they have seen record engagement with the brand after this new ad. 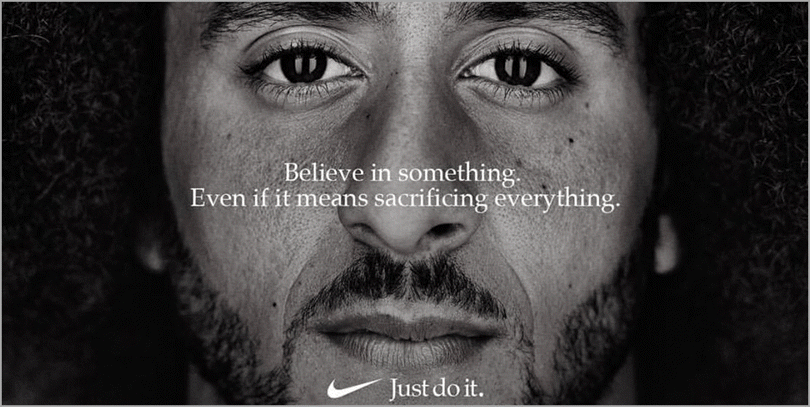 While Nike chose the most controversial athlete at the time and could see the possible negative outcome of the ad, they stuck to their values and once again proved the power of their motto “Just Do It.”

Even though they put their reputation at risk for many customers they boldly stuck to their values and created momentum. This approach will lead brands to the hearts of their customers and be one of the basics of branding in 2019. If you want to be memorable, create a brand around your values and stick to them even if it means sacrificing everything.

Connecting with various influencers to establish a better perception of a brand is a tactic that is used by both conservative and new age companies. This is why financial companies are still spending millions to get their logos on the shirts of footballers, or anywhere on F1 racing cars. 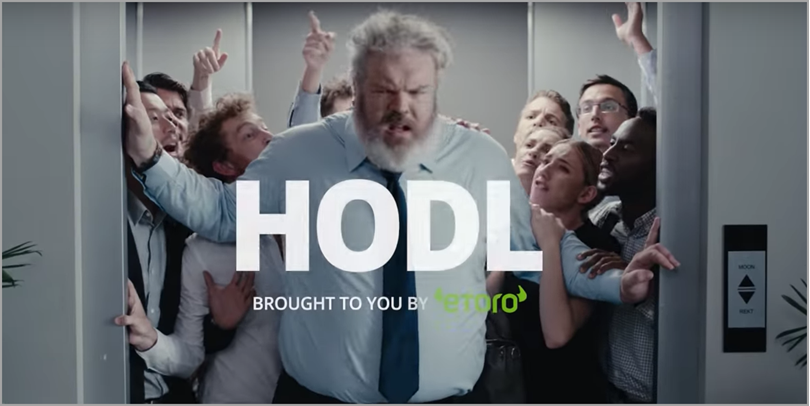 While it may cost a fortune to feature a celebrity in your branding campaign or get a title sponsorship of a football team, some companies are actually doing it the smart way. Squeezing maximum exposure out of their relationships with celebrities. A prime example of this is actually eToro’s new video, which features Kristian Nairn, aka Hodor from the Game of Thrones. Hodor (Kristian) is displayed standing in an elevator listening to people crying HODL! (which means to hold your crypto assets). Effectively including nostalgia and humor in their campaign, while still relating to one of the company’s core products – online cryptocurrency trading.

Choosing a proper influencer is of paramount importance, and this choice should not be made based on how famous the person is and how big of followership this influencer has. Rather, it is important to select a person that would be a great fit for your audience.

Customers have become the main driver of brands and in 2019 this trend will continue. The main branding trick is to ensure that your customers are brand ambassadors and are engaged in taking your brand to another level.

The idea of the contest was to draw doodles on the Starbuck’s cups and post a picture on social media with the hashtag #WhiteCupContest. The campaign generated over 4,000 pictures from customers and the winning cup become so popular that the brand started selling it.

The most important part of the contest was that the idea of it was driven by the brand observing the customers’ behavior and finding out that most of them were making doodles on cups. During the campaign, customers were promoting on a daily basis without the brand doing anything itself.

The brand observed customers and responded to customer behavior while encouraging their creativity. As a result, the brand stood out and the customers themselves started promoting it and showcasing their love and loyalty towards the brand. Learning your customer’s behavior and letting them drive your brand will be one of the basics of branding in 2019.

In recent years, branding shifted from traditional ways and physical marketing to the digital world. However, brands in 2019 will have to help customers detox from the virtual world. Customer behavior in the digital world shows that many of them are searching for ways to stay away from technology, therefore one of the basics of branding in 2019 will be taking the communication to the “phigital”. Yes, you read it correctly – Phigital is a new term that you will hear a lot in 2019. While brands need to go back to the physical world, it does not mean that they need to adopt the old-fashioned ways of branding. Instead, they will have to take the digital world to the physical.

One of the best examples of brands going phigital is Coca-Cola’s initiative – “coke freestyle machine.” The machine allowed users to create their own drink by mixing different flavors. The activity itself was fun and engaging for customers and once again branded coca-cola as the fun brand that engages people and brings happiness. While doing so, it also gathered data and produced drinks with the most popular flavor combination. 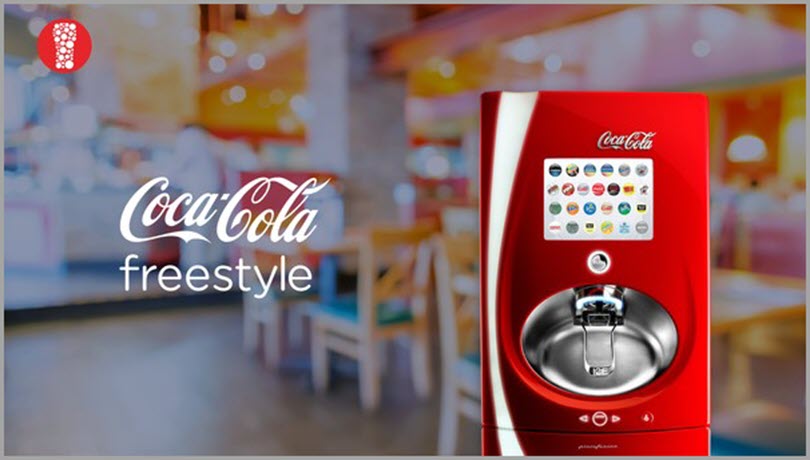 As Coca-cola did, brands will have to take their digital communication into physical and create the phigital experience. Create engaging phigital activities that will help your brand stand out and be remarkable.

#5. Micro instead of macro influencers

Influencer marketing is already a huge tool for brands to showcase themselves and it should be in the list of the basics of branding in 2019.

While social media, especially Instagram is providing a powerful platform for branding through influencers, the main job for the brands in 2019 is to use influencers in the most natural way possible. We all know how much influencer marketing costs with social media stars and celebrities and customers can almost always guess when the content is paid. Despite this, these celebrities have a great influence on how people are viewing your brand. Hence, instead of having big name authorities for promoting your brand, companies have started working with so-called micro influencers. People who have a strong influence but not a high individual reach, making the content look more natural and authentic.

One of the best branding cases with the micro influencers is Tom’s of Maine. The company makes toiletries using natural ingredients only. They wanted to raise awareness amongst the people who value natural products. Instead of turning to the big names, Tom’s of Maine used the power of micro-influencers. They have posted their pictures using the products of the company and encouraged followers on Instagram. It created a snowball effect and reached over 4 million potential customers.

Many brands think that more followers lead to more impact. However, it is not always the case. In many cases, micro influencers have a more engaging audience. Moreover, followers view micro influencers as a “human being like themselves” and not like celebrities. Therefore, the endorsements made by them look like the advice given by a friend, not like paid content. To use micro influencers, brands should determine their core audience, find the things that unite them and choose an influencer that could have a natural connection to their products or service.

Branding and marketing in 2019 are all about developing a lifelong relationship with the customer.

Brands will have to present their values, stand by them and communicate them even when it might be controversial.

The main task is to understand your customer and create a strong community around your brand that encourages customers to engage in your promotional activities.

The best brands in 2019 will try to combine physical and digital experiences to create momentum. Last but not least, the main driver of a brand will be micro influencers and organic communication.

Guest author: Konstantin has been in marketing and advertising since 2011. After leading marketing efforts of one of the largest financial brokerages and an innovative b2b fintech company, he decided to go solo and is now focusing on consulting financial companies on how to drive the best results from their digital marketing efforts. Next to this, Konstantin has been showing interest in the recent regulation of the most competitive industries – finance and iGaming. Stalk him on Quora or connect via LinkedIn to learn more.