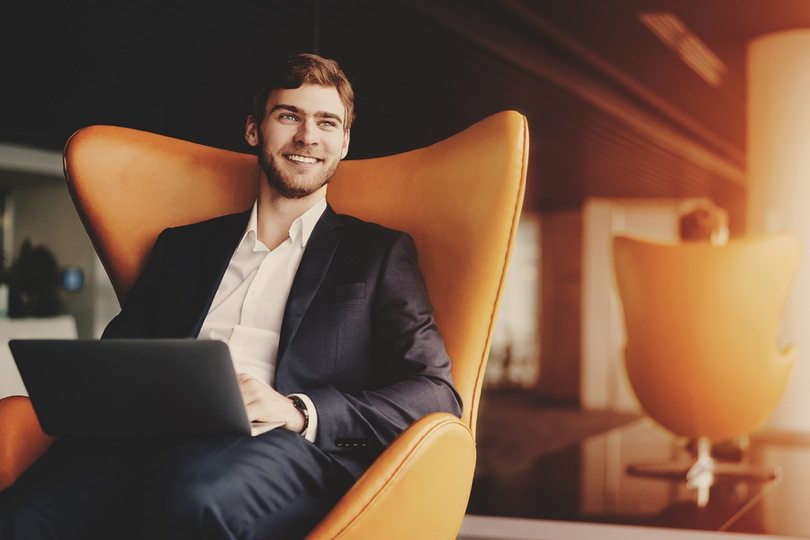 Whether you are an introvert, extrovert, socially awkward, or like to be the life of the party, you can become an influencer without physically interacting with a single person.

Never underestimate the power of influence.

In a world having so many distractions, we still manage to find the time to dedicate our attention to those people on social media that think the way we want to think, live the life we want to live, make the money we want to make, and have all the toys we wish to have. 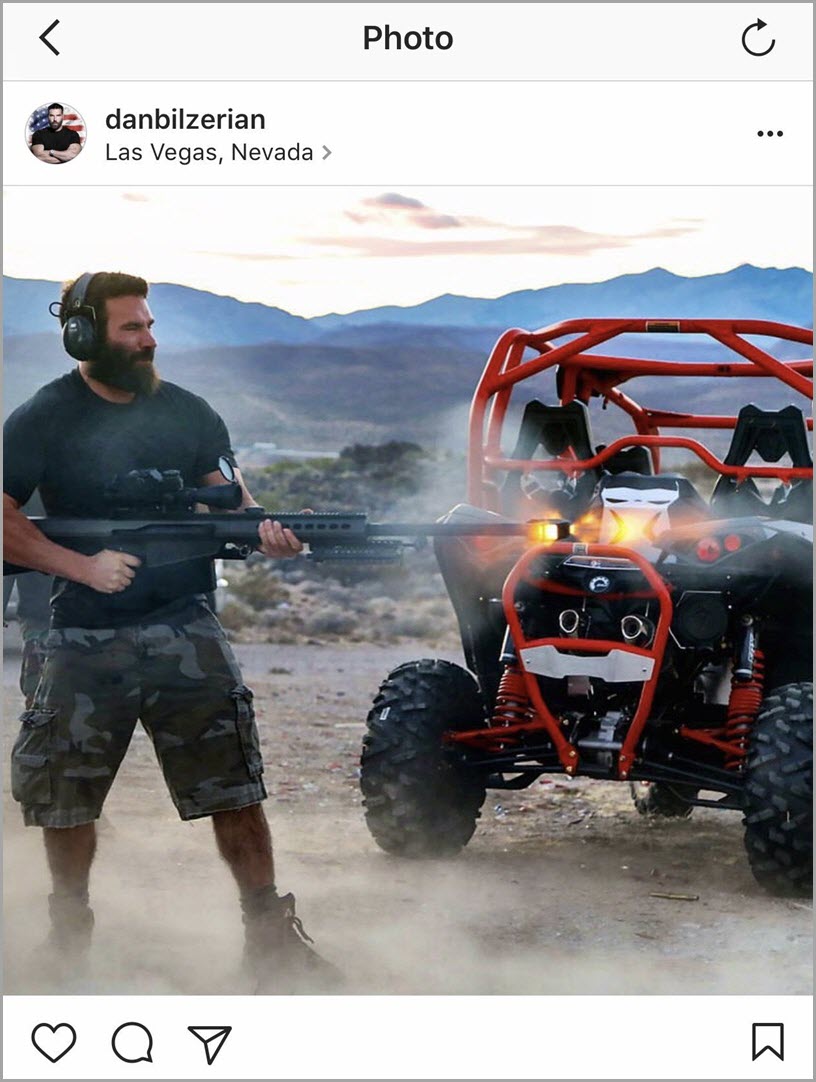 In my case, these people are my inspiration. I never hate people that are doing well; instead, I dig very deep and study their journey, and what they did to get there. I study every single step they took along the way. Up to this day, I wake up and the first thing I do is go on Instagram to get inspired by people I look up to. Instagram is perfect because a tweet could provoke too much thought for the morning. For me, an image says just enough to get me going for the day.

Let’s draw some inspiration from some real life influencers…

Take the example of Tai Lopez, a person whose network is now worth over $10,000,000 and has managed to become one of the world’s most powerful influencers. Tai attracts people from all over the world. As he mentions, “We’re not here to please everyone. So as influencers, dealing with haters is our daily life. It’s not about what you do, it’s about how you react to it is what matters.”

Another example could be Logan Paul, an Instagram and Vine star who earns a 7 figure income from his online ventures. 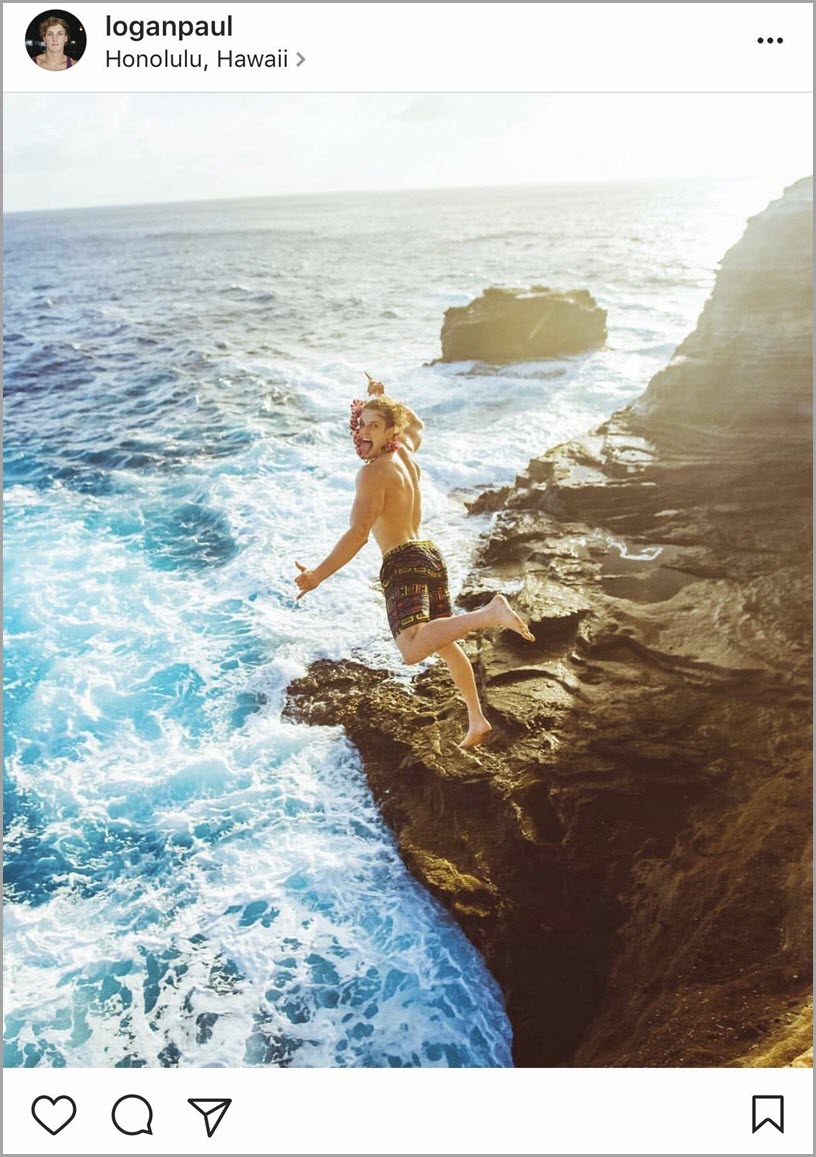 Logan Paul even made $200,000 off a single day’s work by doing an ad for Dunkin Donuts in Central Park, NYC.

Logan Paul mentions, “The biggest companies in the world and brands have come to me to help sell their product to the younger generation. And I speak the language of millennials, and they respond to my content.”

King Bach is another Logan Paul.

The reason why brands see so much potential and value in these influencers is because, as Logan Paul said, they speak directly to millennials. These millennials look up to such people and listen to whatever it is they have to say. Therefore, when they speak for a brand or post pictures or videos about that brand, it feels and looks organic; so, people don’t feel like they’re being “sold to”. That’s the reason why companies want to work with influencers. 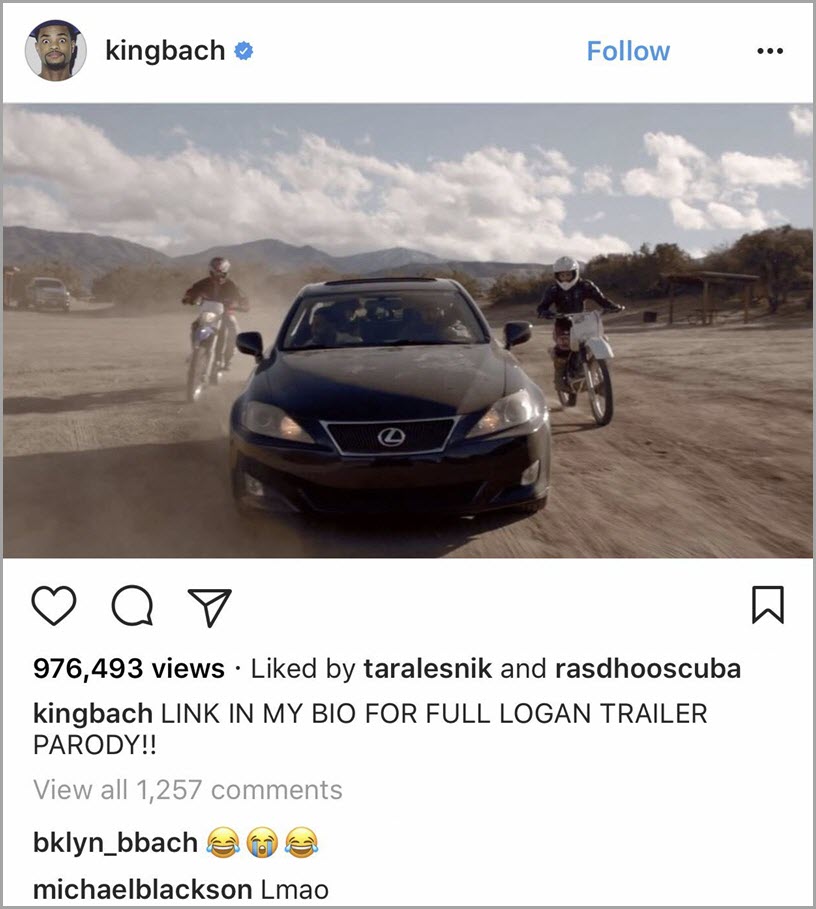 Also, you don’t need millions of followers to be considered as an influencer. 20,000 is enough followers to make a brand see a lot of potential in your influence over your following.

Most of us know Kim Kardashian; you may be wondering why in the world Kim Kardashian is in this article and what does she have to do with this; I get why you’re asking that!

I get it because most of us know Kim as someone who became famous through TV with her reality show Keeping Up With The Kardashians. But even she says she attributes her career to social media.

Once again, through Instagram, she was able to concentrate all of the audience into one place (her account), and have all eyes on her whenever she spoke. Companies are willing to go over their marketing budgets to get this type of exposure.

How did I become an influencer?

During my senior year of college as a marketing student, I couldn’t pass the numbers classes, such as Finance, Statistics, and Accounting. This built up such frustration in me that with just one semester left, I decided to drop out of school after 5 years of hard work.

I decided to go all-in on my dreams. One morning, when I was listening to John Lee Duma’s Podcast EOFire, he mentioned that when we, as humans, have our backs against the wall, our survival instincts kick in. That’s when I said, “That’s it! That’s all I needed to hear.”

After dropping out, I created a men’s swim shorts company as my first entrepreneurial project, an account that has now turned to @mens.daily.style, focusing on menswear styling: I just keep this as a hobby. 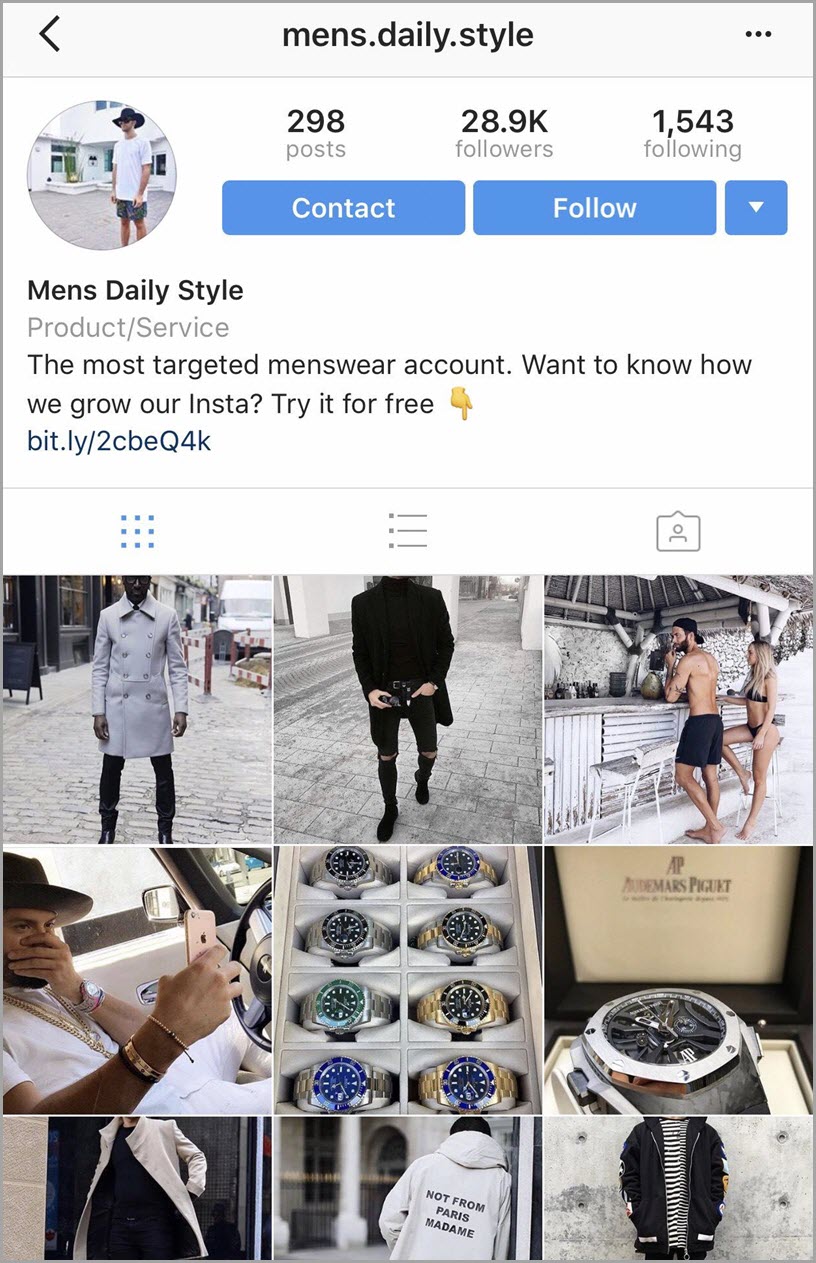 When starting my swim shorts company, I had $0 for marketing. I couldn’t spend money on traditional advertising, such as Facebook ads. I was actually one of the first users on Instagram when it first hit the app store. When I saw its potential back then, I was baffled! I knew it would be as big as it is now.

This being said, I used all my Instagram knowledge to create brand awareness, and it worked like a charm! In my first 2 months after creating an Instagram account, I was able to amass an audience of 5,000 followers, and had about 100 early sign ups waiting for launch.

However, there was one big problem with this. I didn’t enjoy the robotic work it took to build the account. I would go on hashtagging #menswear, #fashion and so on, as well as liking pictures all day. I would have lunch while liking pictures and I would fall asleep liking pictures. This process was incredibly draining; it even made the task of looking at my phone nauseating.

6,000 followers in and I finally decided I had enough of this process. I started looking for solutions to solve this problem. I was super close to hiring someone to do this for me, but this would have put me in debt because I didn’t have the money to do so.

Then I found automation

Desperate for a solution, I kept researching until I found a service that could automate this. This was my life saver!

Believe it or not, another problem stemmed from this. This service had a confusing dashboard which I had to interact with on a daily basis to make sure it was running. Plus, you had to really understand Instagram to make this work.

Also, I was so focused on growing my account and was spending so much time doing it that I was no longer focusing on my product, my content, or sales.

That’s when my ‘AHA!’ moment came. I told myself; wait a minute, businesses don’t have the time to deal with this much and invest the time in understanding it!

This is when SociallyRich was born, a service where you can either provide us the hashtags and competitors to target, or we can perform the market research for you while you sit back and relax. Whichever option you chose, we run the software for you and make sure your account is fully optimized every single day.

I built a landing page and started spreading word of this. Before I knew it, I had customers coming in on a daily basis. When I began to see immediate results, I knew I was up to something here. 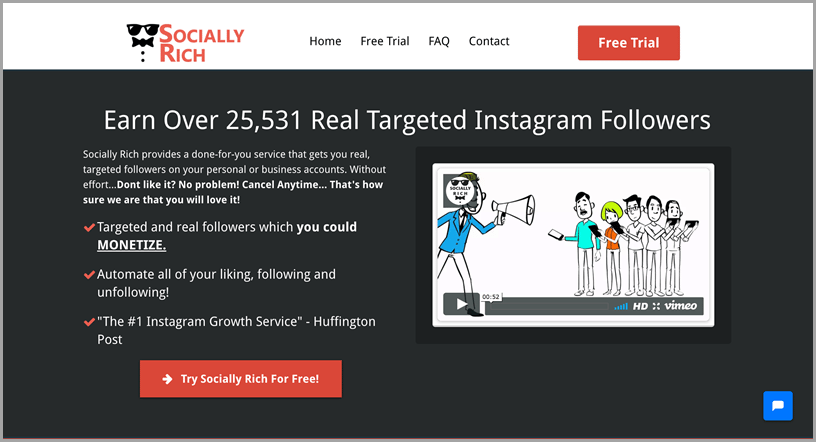 Shortly after this, I decided to stop work on swim shorts and stuck to this, something which clearly had more demand. Now, SociallyRich handles hundreds of accounts and is a 6-figure business. We manage accounts for companies operating in almost any industry, including;

The interesting part comes with what I did with my own service; to be able to monetize my own Instagram accounts.

Remember when I said I looked up to influencers? I decided to implement all of the strategies I implemented for my clients in my own accounts.

Before I knew it, my account @ramonthechief passed the 20,000 followers mark, and so did my @mens.daily.style account, both by using SociallyRich. All of this happened on full autopilot mode. 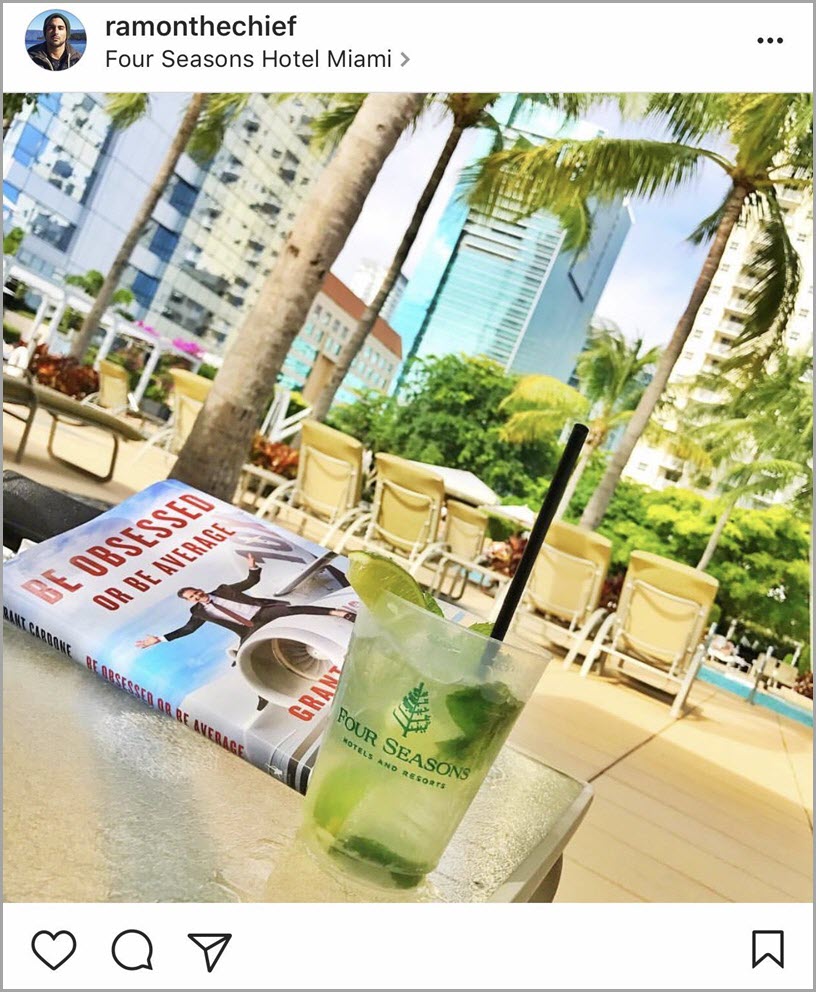 The most interesting part was using my following on Instagram as a business itself. Whoever landed on my page didn’t know I was the founder of SociallyRich, and I liked it that way. That being said, many people started messaging me, asking me for advice on how I could help them grow their Instagram account.

Soon enough, I was landing consulting contracts and influencer deals.

While SociallyRich was running in the background, I was doubling down on the quality of my content. This was my key to reaching 20,000 followers.

I then worked with brands such as Hard Rock Hotels and Four Seasons and also got to stay there for free.

I completed one of my life’s top goals; to personally meet my idol and mentor Grant Cardone, $500 Million Real Estate Mogul, author of 10X and Be Obsessed or Be Average, in his office.

All of this was due to my influence on Instagram. 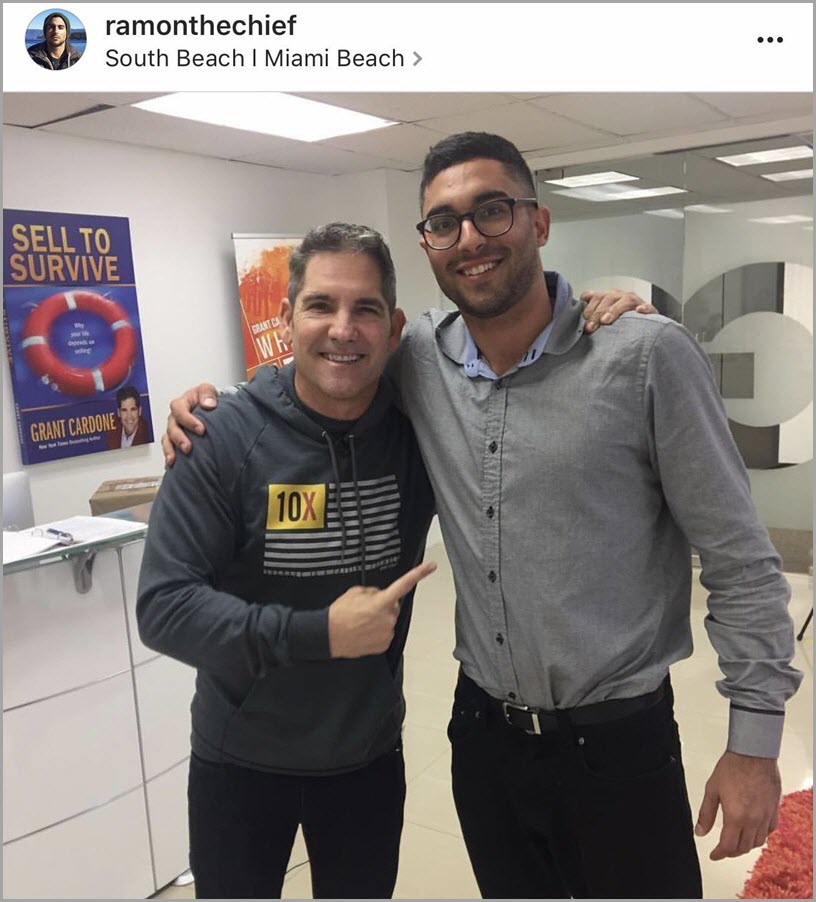 This goes to show the power of influence and how you can monetize it. You don’t need a business to have to grow your account; in fact, you don’t even have to know why you are growing it.

After you have the audience, opportunities will come your way; you can then decide which path to take. I even consult for brands that work with influencers.

There are over 500 million accounts on Instagram. To stand out from them is an art; thanks to automation, you can reach more people than you humanly could. It’s the same activity you would do manually, just at a superhuman rate instead. You want to be everywhere at all times.

Organic growth at a hyper-fast rate? I’ll take it… wait, I already did :)

Guest Author: Ramon Berrios is a multi-national serial entrepreneur based in Puerto Rico, and the co-founder of SociallyRich.co – an Instagram Growth service that helps businesses from any industry grow a targeted following.