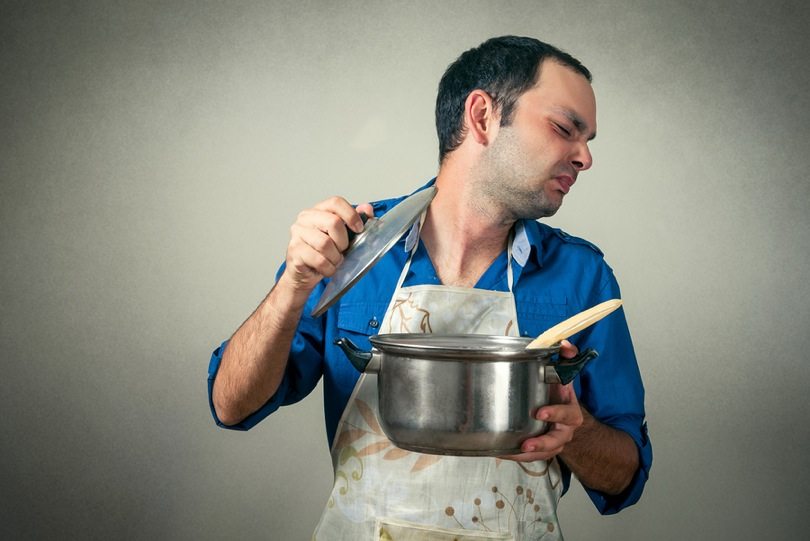 One of the myths on the web today is that the people we look up to were mysteriously placed there by alien forces. They have some unknowable advantage over us that made them rise to the top.

But that’s not the case at all. Everybody starts at the bottom. Everybody can rise to the top. This post will prove it.

I just finished writing my sixth book, an epic tome called KNOWN: The Handbook for Building and Unleashing Your Personal Brand in the Digital Age.

The publication is the result of more than a year of research conducted to answer one burning question: Is it possible for anybody today to use the Internet to become known in their field?

First let me explain that being “known” is not the same as being famous. It’s not about having millions of fans and red carpet appearances. Being known is about approaching your web presence with an intent that creates the proper authority, reputation, and audience to realize your potential and achieve your goals… whatever they might be.

To answer this question “can anybody become known?” I interviewed about 100 people who are at the top of their field. I talked to people who are regarded as thought leaders in education, real estate, retail, construction, business, medicine, finance, fashion, music, art, and many more. I talked to people in Africa, Asia, Brazil, Canada, Australia, America, Mexico, Europe, and the Middle East.

And this is what I found. Every person, in every field, in every part of the world did exactly the same four things to become known:

All of this seems doable for most people until they get to the words about creating excellent content. Perhaps even you are rolling your eyes right now and thinking “I don’t have time to blog!”

Stay with me for a moment. I want to dispense hope to you today.

I learned a great many things while writing this book and one of them (which seems obvious now) is that nobody is born an expert. For every successful person I interviewed, becoming known was an evolutionary process. Some of them started out with very few life skills. A few of them were near-homeless when they started on their path to become known.

My favorite case study in the book is about a fellow named Antonio Centeno. Antonio grew up in a dusty trailer park in West Texas. He was not a skilled writer. In fact, he couldn’t even type.

After he got out of a tour of duty with the U.S. Marine Corps, he started a website to sell men’s suits online. His business model didn’t work very well and the suit sales sagged, but people seemed to love the way he dispensed little fashion tips on his website. In fact, he was asked to begin blogging for some of the top fashion sites in the world (which he dictated – never did learn to type!).

Then he moved to video. “I was TERRIBLE at video,” he said. “But I knew I had to learn to do it so I challenged myself to create 200 videos in 200 days. And yes, they were pretty bad – at first. But by the end I was getting pretty good at it. I forced myself to learn and improve.”

This cycle of learning and continuous improvement was common to all the great people featured in the book, including my great friend Jeff Bullas. If you don’t know the story behind this beloved blogger, it is quite an inspiration. Jeff went through some really miserable times. A divorce. Deep financial problems. Business failures. It’s not too much of a stretch to claim that blogging pulled him through to the other side.

“You could say I had some time on my hands all of a sudden,” Bullas joked. “But it turned out to be a time of reflection and personal growth. I spent a lot of time exploring the Internet, trying to determine my next step. This was a time when social media was getting popular and I noticed how people were obsessed with Facebook. I became curious about what this meant for businesses in the future…

I came across a blog post that said, ‘even if you only have an inkling of what you want to do, just start.’ So I did. I had nothing to lose and I was intrigued by this idea that I could write something and connect with people from all over the world. I wanted to know what that would be like…

I had no grand plan, no business scheme, I wasn’t even a good writer at first. In fact, I was terrible! If anybody thinks they can’t blog, I tell them to go back and look at my early posts! They would be horrified. But there are a lot of resources out there to help, and with some determination, I learned to be a better writer.”

Today, Jeff has one of the top marketing blogs on the web and has built a loyal audience that’s enabled side projects in consulting, coaching, and online seminars.

“Blogging literally change my life,” he said. “It was brutally hard at first, but it has become a source of real joy for me now. I have a global forum to share my ideas, and I’ve made some of my closest friendships through my site.”

The great thing about creating content is that you really do get better with practice. And if you can’t write, you can try making videos. And if you don’t like videos, you can give it a go in audio by creating a podcast.

But they’ve found a way to publish. Is that misleading people? Not if it’s done well and with integrity. When the leader of a country gives an important speech on national television, he probably didn’t write the entire speech. Is it his? Yes. When a CEO writes a letter to shareholders in an annual report, did she write it? No. Is it hers? Yes.

Getting help for your content makes good business sense as long as:

So my friends there is hope! We are in the early days of the Internet. Ten years from now we’ll look back at this present day and think how much fun it would have been to have a chance to start out creating content. The best content and ideas that will be influencing people 10 years from now haven’t even been started yet. There is no better time to begin, to dream, to create content, and establish your personal brand.

It’s your turn to be known!

Guest Author: Mark Schaefer is the executive director of Schaefer Marketing Solutions and has written six books including KNOWN. There is also a workbook that accompanies KNOWN with the exercises and bonus content. Both are available through Amazon.