How to Advertise Your Business on LinkedIn 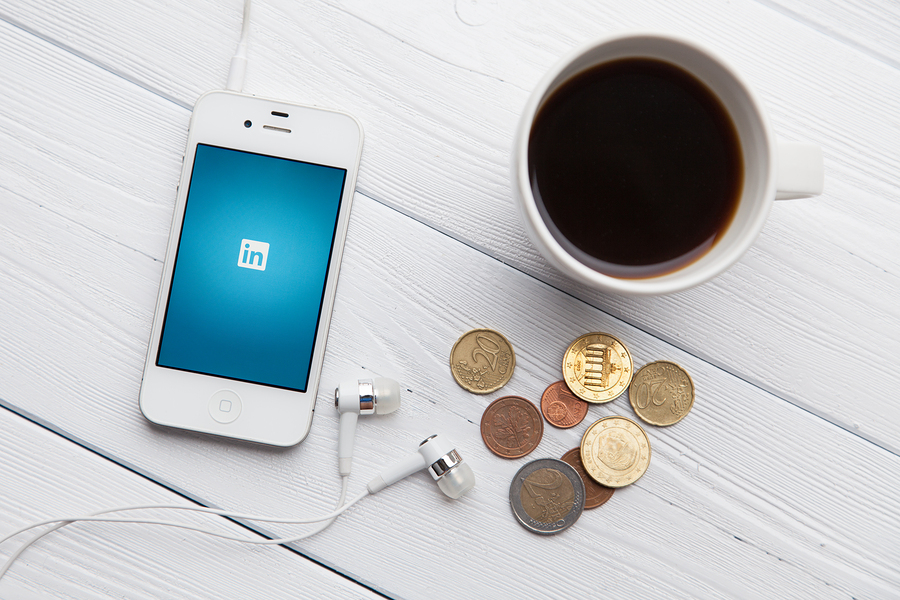 Where are you going to advertise your business?

Google Ad Words has the widest reach. Facebook has the most categories.  Twitter is probably the best for mass marketing.

But nothing beats LinkedIn if you want to laser-focus your ad campaigns to audiences in the business community.

In this post I will show you the types of ads you can run and how to advertise your business on LinkedIn in the most effective way.

Downsides to advertising on LinkedIn

Firstly, your ads are only seen by people when they are on LinkedIn. However, this time is increasing according to Forbes research. It reports that more than 50% of LinkedIn users spent more than two hours a week on the site in 2014, a figure that’s up about 10% from the previous year.

Advertising on LinkedIn is also more expensive than other social network. There is a minimum cost per click (CPC) spend of $2 and a daily minimum spend per campaign of $10. For comparison purposes, Facebook and Google Ad Words both have minimum CPC costs as low as $0.01.

Now that particular amount wouldn’t get any clicks, so although the ‘concept’ is valid, the technical comparison is just a tiny bit unfair, but you get my point.

Upsides to advertising on Linkedin

So what are the upsides to advertising on LinkedIn?

As Meryl Streep says in the movie of the same name, it’s complicated. LinkedIn has comparatively low click through rates – only about 1 in 500 impressions result in a click, compared to 1 in 250 on Facebook and 1 in 100 on Twitter. This is bad.

However, this low click through rate is offset by higher conversion rates…  This is good.

In other words not as many people click on your LinkedIn ad, compared to a Facebook or Twitter ad, but those that do are more likely to buy.

Of course you can cheat a little bit by modifying your ad, because new ads score higher CTRs than old ads. 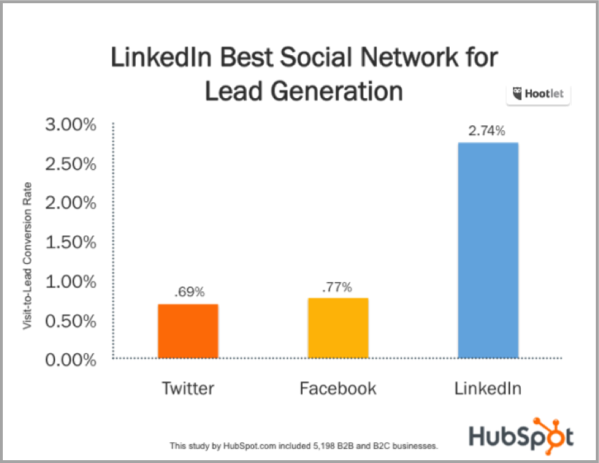 You can also create multiple versions of one advertisement in a campaign, then keep an eye on how each one is tracking and eliminate the duds. This makes it perfect for those of us who are a bit obsessive about return on investment. 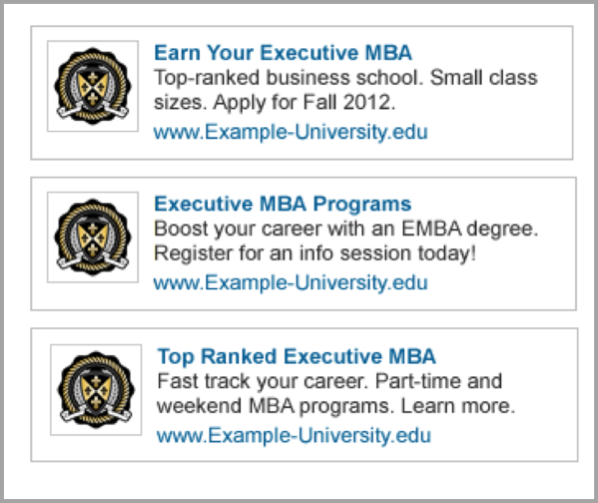 A final upside – Linkedin sends nearly four times more people to your home page than Twitter and Facebook. What’s not to love about that? 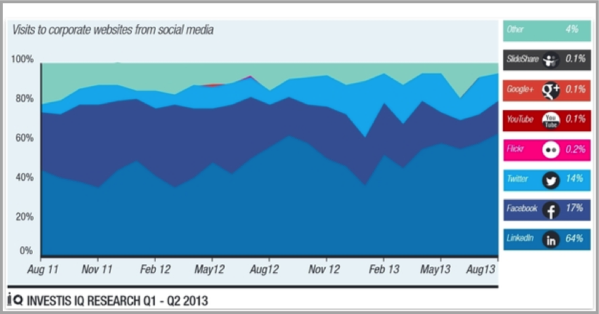 What advertising options are available on LinkedIn?

Don’t ask me why but it can be quite difficult to get detailed information about the choice of LinkedIn ads available. Following is a summary of what’s on offer.

You can pay to have one of your posts (updates) displayed outside your immediate circle of first connections.

Pay to put sponsored InMail at the top of your prospect’s inboxes. Sponsored InMail messages have average open and click through rates of 20% respectively, which are well above the industry standard. 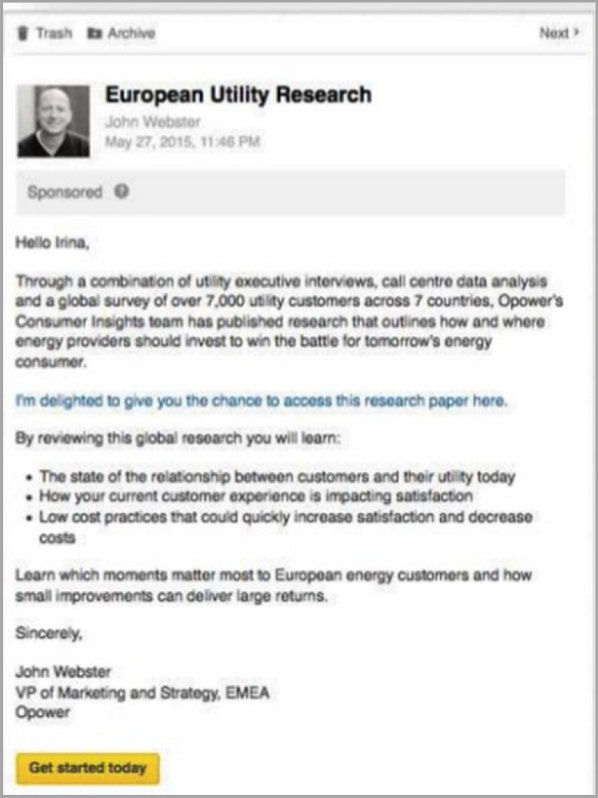 Caption: Example of a sponsored inmail

PPC allows you to create multiple variations of the same advertisement. You define your target audience and set your own price. These advertisements are displayed prominently at the top of the LinkedIn page as a text ad, or with a photograph in the right sidebar. 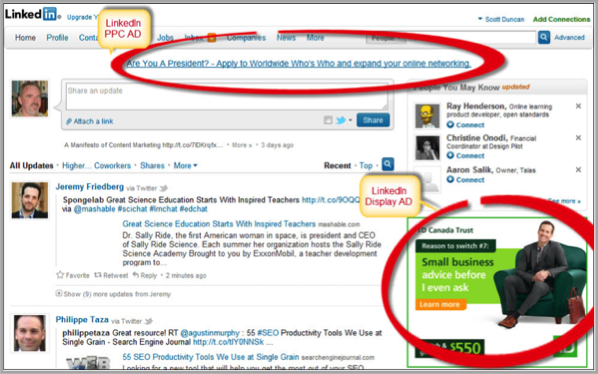 Caption: Example of a PPC ad and display ad on LinkedIn

These ads are the same as the PPC ads but differ in placement and size. 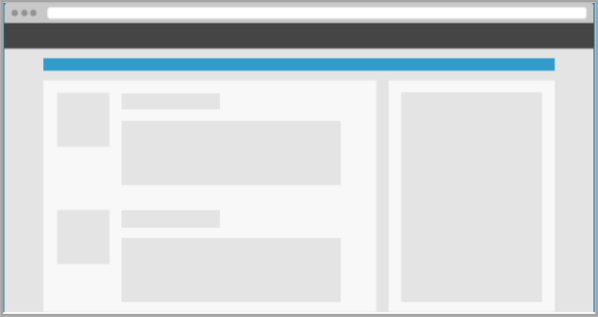 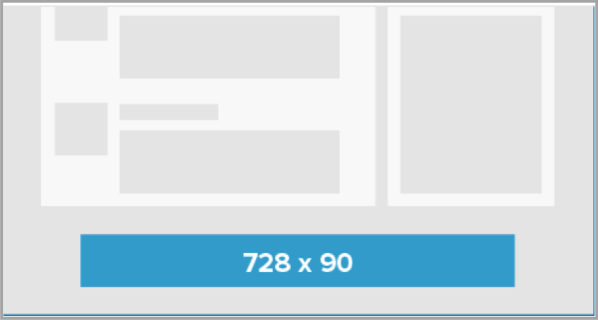 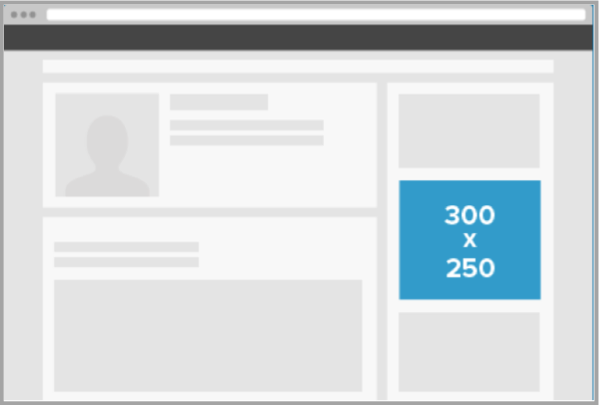 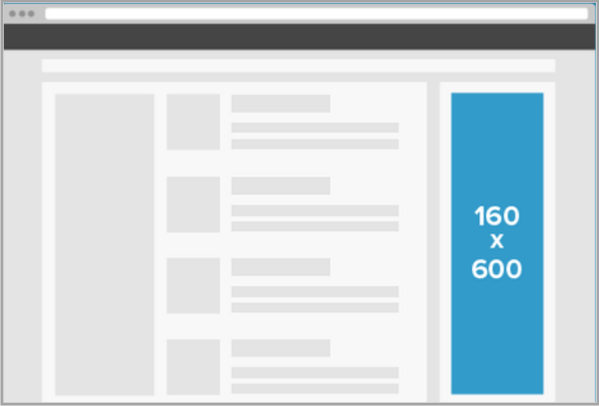 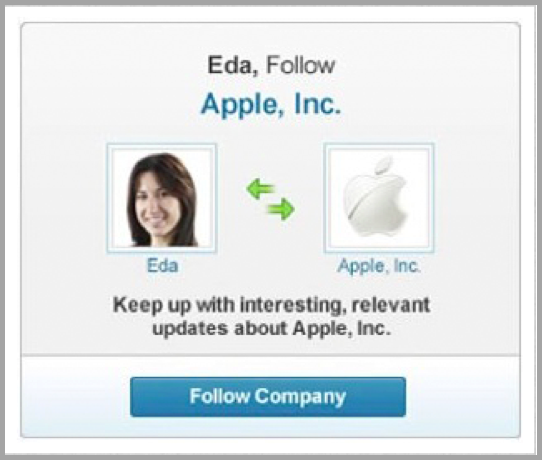 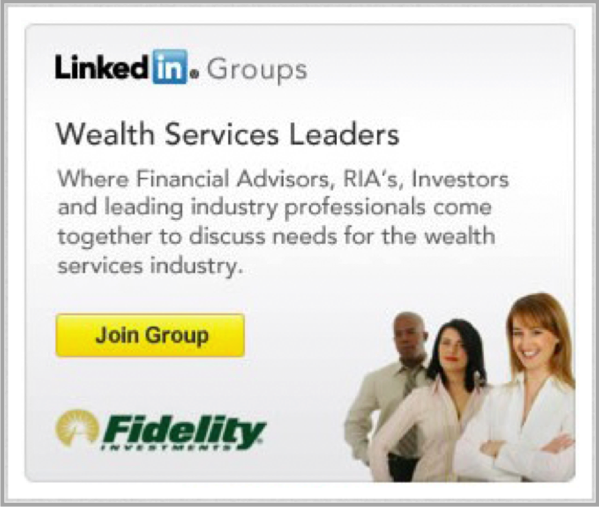 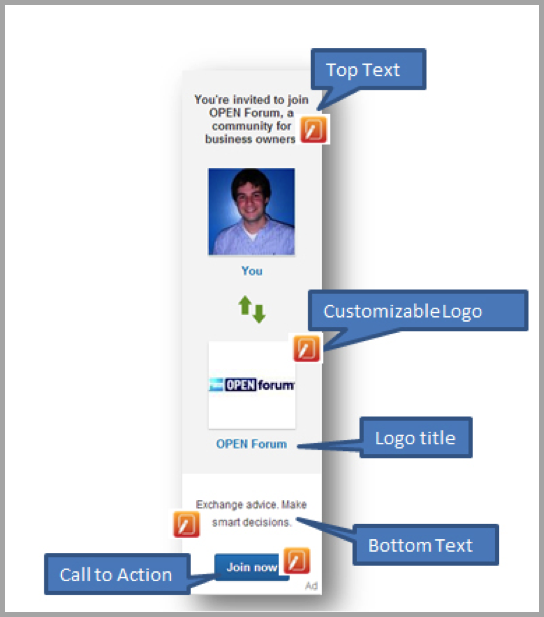 Caption: Example of a spotlight ad on LinkedIn.

It’s worth noting that LinkedIn advertisements are also shown on LinkedIn partner sites such as New York Times, Business Week and CNBC but these sites are not so widely viewed outside the US.

How to advertise your business on LinkedIn

1. Go to LinkedIn advertising or sign in and start a new campaign.

2. For each campaign (one client profile) you can create 15 variations of the same advertisement to test different headlines, descriptions, images and landing pages.

3. Define your target audience. Your goal should be to define an audience who requires your product and who will convert to a customer once they click through, so go for quality not quantity. As you build your perfect client profile, LinkedIn provides you with a handy counter that displays an estimated number of people who exist with the attributes you’re specifying.

4. Create your ad. If you have the choice to use a photograph, be aware that a woman typically drives the best click through rates. (sigh…). Avoid company logos. 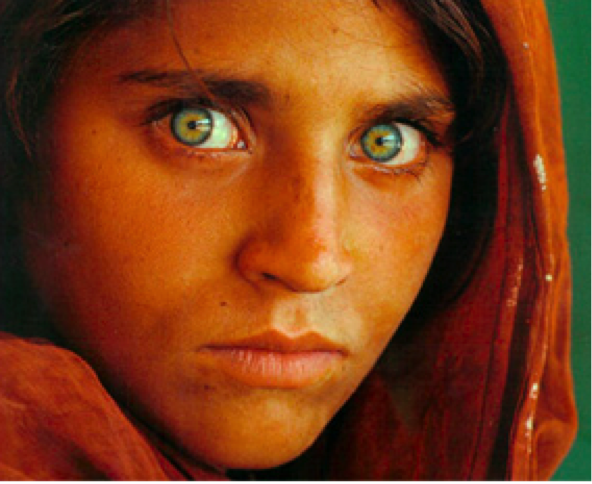 Caption: This Afgan woman is reportedly ‘one of the most iconic photos of all time,’ because of the emotive power of her eyes.

5. Set your budget. You have a choice of a cost per click (CPC) or cost per 1,000 impressions (CPM).  Choose CPC if you want conversions and CPM if your advertising campaign is about increasing brand recognition. Always use the absolute minimum of $2 per CPC or CPM.

6. Capture leads. Either via your landing page or via emails automatically sent through to you (and LinkedIn will only send it to one email address) when someone asks to contact you about your ad.

7. Measure results and refine your ad. Track impressions versus click-through-rate of each variation via LinkedIn ad analytics. Turn off the least successful variations. Experiment with new variations to create the highest converting combination of copy, images and landing pages. Refine and repeat, so on and so forth.

If your target audience includes businesses or business professionals, LinkedIn is a perfect advertising fit, and getting better.

Forbes reports that 70% of users give the site a 4 or 5 rating (out of 5). This is significant when you consider only 9% of users thought the same way last year.