Social media is permeating our lives in the office, at home and when we are out and about. The smartphone lets us check our tweets or our Facebook page when we are on the move and we are  no longer tied to the desk to keep in touch with our online social networks. 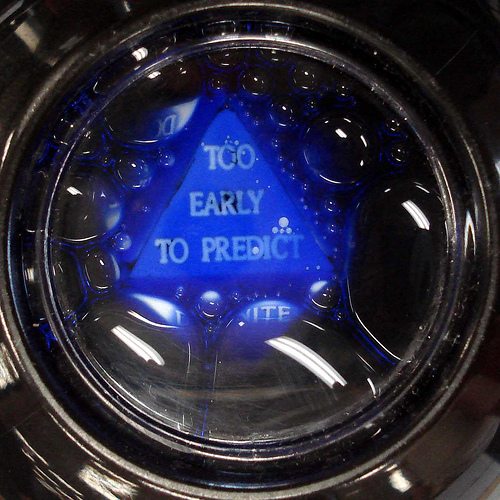 The implications and uses for the data that are collected from these social networks are only just starting to be explored and analyzed by scientists and researchers.

HP labs have recently discovered that the amount of  Tweets that are circulating on Twitter prior to the release of the movie can be a very accurate prediction of whether the movie will be a success or not.

The HP researchers were interested in studying how attention and popularity are generated for movies on Twitter, and the effects of this attention on the real-world performance of the movies considered.

They measured 2 types of tweets.

The question the HP scientists asked was

“Using the tweets referring to movies prior to their release, can we accurately predict the box-ofﬁce revenue generated by the movie in its opening weekend?”

So the Tweet rate per hour for 24 movies was collected ( Tweet rate is calculated by dividing the total tweets about a movie by the time in hours) and the results showed a 90% accuracy.

One movie  that opened on December the 4th had easily the lowest tweet-rates of all movies considered.

As a result of this lack of attention, the movie captured the record for the lowest-grossing opening for a movie playing at over 1,000 sites, making only $263,941 in its opening weekend, and was subsequently pulled from theaters at the end of the second week.

On the other end of the spectrum, two movies that made big splashes in their opening weekends.

The accuracy increased to 92% when language sentiment analysis was included in the data but in essence it is not as important as the rate of tweets themselves.

This research once again illustrates the importance of attention in social media.

So social media expresses a collective wisdom which, when properly tapped, can yield an extremely powerful and accurate indicator of future outcomes.

What other commercial and social applications could you use attention measurement on Twitter to predict?

What is the future for social media networks?