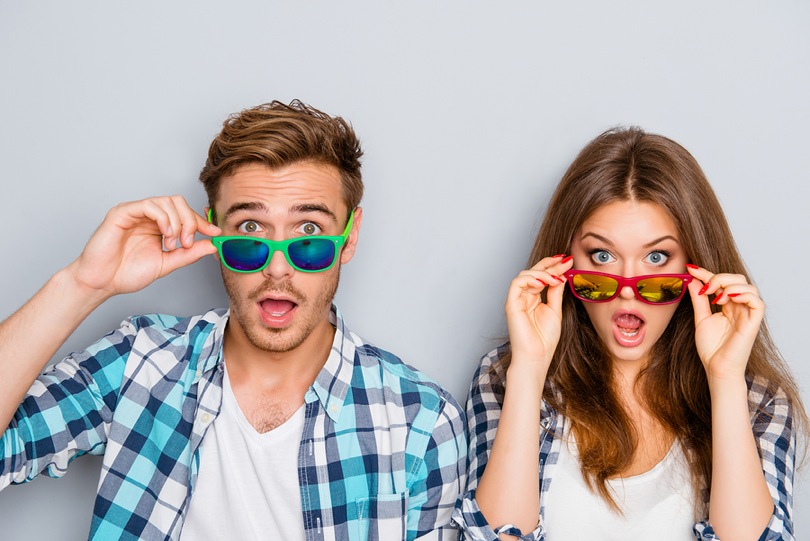 Twitter is an amazing marketing, sales, and customer support tool. Its increasingly important role in helping campaigns go viral and political messages get spread is obvious proof of its power of influence.

In 2016, an insurance company called Esurance ran a Twitter-focused campaign during the Super Bowl. The campaign earned them over 160K tweets and literally millions of impressions!

Clearly, exposure is key to success on Twitter’s platform. Here are five unbelievably simple but highly effective ways to increase your exposure on Twitter.

1. Get the basics out of the way

When sharing content on Twitter, it’s vital to understand the fundamentals of how the platform works. A few small changes can dramatically boost your visibility.

Here’s what NOT to do:

In addition to following these DON’Ts, you can incorporate the following DO’s:

2. Get creative with visuals to beat the 140-character limit

Twitter lets you upload videos as large as 512MB (or 140 seconds). How great is that? With this feature and Periscope combined, there’s huge potential for audience engagement.

Video can be great for a bit of low-budget PR. For instance, look at what UFC did to connect with Twitter followers. It wasn’t a professionally shot fight sequence – they literally had popular fighter Menace Bermudez start a cooking show in his kitchen.

Another great idea is to use screenshots to add context to tweets, make them stand out or reiterate a point.

For instance, Moz founder Rand Fishkin uses screenshots in tweets often. This one helps emphasize his opinion on the topic being discussed. 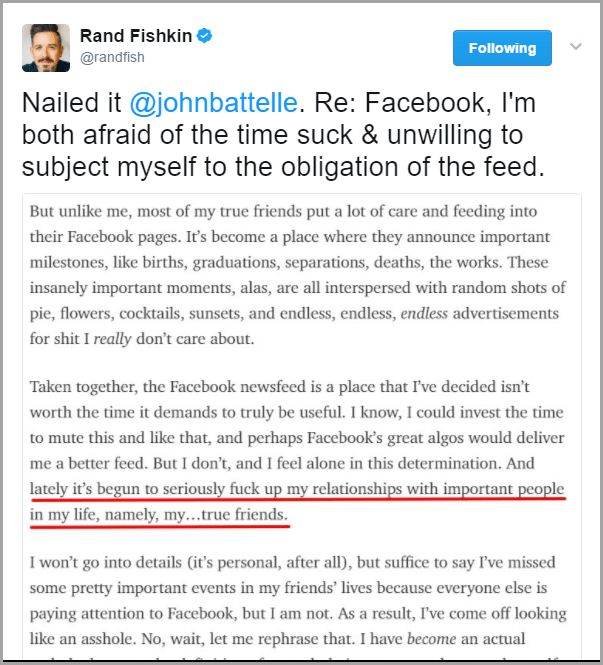 Screenshots can also help you beat the 140-character limit and get away with sharing a text-heavy post.

You can also even use graphs in your tweets. Breaking research and case studies hold a lot of bearing in the professional world. If your company has original case studies that are suitable for public distribution, you can portray them powerfully using graphs. 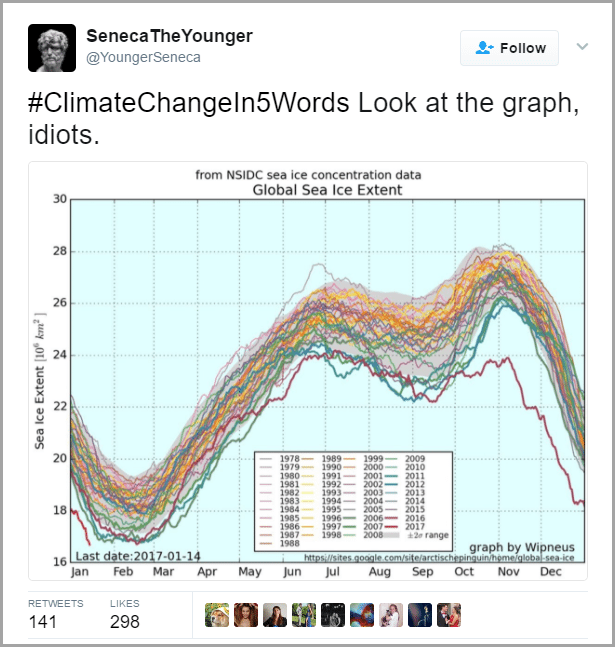 3. Embed tweets in your blog posts and guest posts

Have you ever tried to get customers to write testimonials for your brand? If you have, you know it’s like pulling teeth.

Customers do, however, tweet positive experiences from time to time without being prompted. 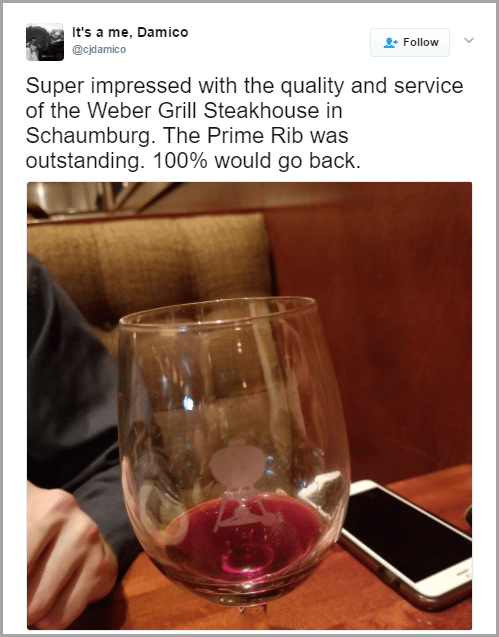 These tweets are gold when utilized properly. You can feature these Twitter testimonials on your blog or website’s testimonials page, or use them in places where you need social proof – like a sales email or your checkout page.

You can also embed tweets as examples or illustrate your point in a blog post, just like I have in this one.

If you’re using WordPress, you can just copy the URL of the tweet and paste it in your visual editor whereever you want the tweet embedded.

If you want to receive consistent engagement on your tweets, then you need to build a small and active community of brand advocates. Generally, a big part of receiving love on Twitter is giving love in return.

You need to take interest in what your team, customers, and Twitter friends are up to for them to reciprocate in kind. It’s just like in real life. 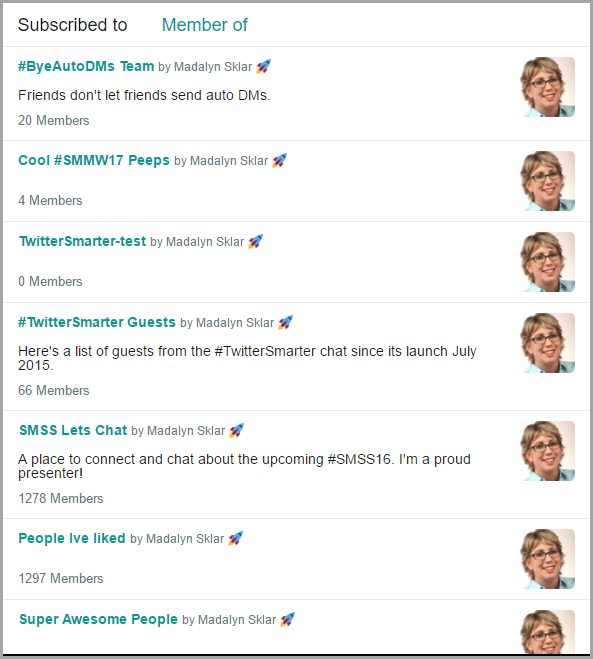 Create separate lists for your office team, webinar attendees, people you are trying to get to notice you (prospect brand ambassadors or influencers), and people who share content that is useful to your audience.

Engage with them on a needs-must basis. For instance, you should regularly initiate meaningful conversations with people you want to be noticed by.

You could even create a list of your biggest fans and reward them from time to time with contests or giveaways.

Bloggers and industry experts are important because they can give you access to new, untapped markets. One tweet by an influencer could give your brand more exposure. For that to happen, they have to notice you and you have to build a good rapport with them.

You can also keep your clients engaged by interacting with them via a separate, private Twitter list.

It’s a smart move to use Twitter’s advanced search to monitor mentions and conduct research for content ideas. A valuable find in either of these categories is a potential opportunity for more exposure.

To access the search page, click here. Alternatively, you can use Twitter’s default search bar on the platform.

To view the most popular content created by a particular website, or in an industry, you can use Twitter’s search operators – “keyword + min_retweets:[number]” or “keyword min_faves:[number]”.

For example, if I want to find all Jeff Bullas’ blog posts that contain tweets that were retweeted over 30 times, I’ll type jeffbullas.com min_retweets:30.

To keep track of mentions, you could set up an automated system. Warble lets you monitor tweets with a daily updates email. You can also set up smart keyword combinations, like ‘your brand name’ + ‘wish’, or ‘your industry keyword’ + ‘need’.

These can help you find unique opportunities to increase brand exposure. For instance, dog food brand Purina wished a customer’s dog happy birthday. He was so pleased that he wrote a blog post that attracted a lot of attention. 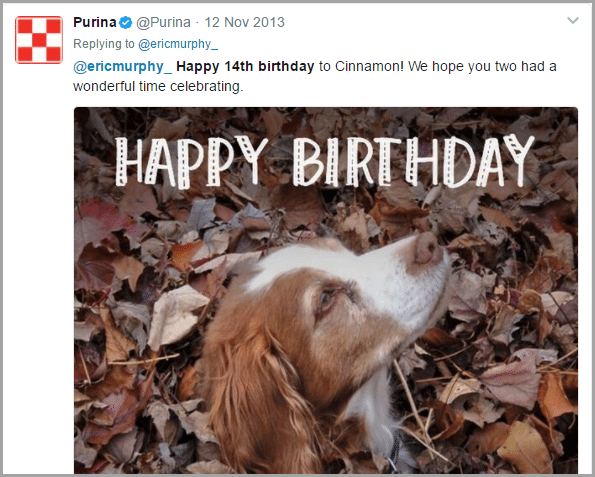 Twitter has incredible potential to create real-time and raw interactions that ultimately boost exposure for your business.

The key is to use original and attention-grabbing content and take an open-minded approach to finding opportunities for exposure.

Hopefully, this blog post can fuel your first few experiments for exposure, and make you realize it can be incredibly easy.

Guest Author: Disha Dinesh is a Content Writer at Godot Media, a leading content agency. Her interests include social media and content marketing. When she’s not writing, she’s on the prowl for social media trends and inspiration.