If you missed Fast Company’s trending article on StatusPeople, a service that analyzes Twitter accounts to see who has bought their followers, you must live under a rock. 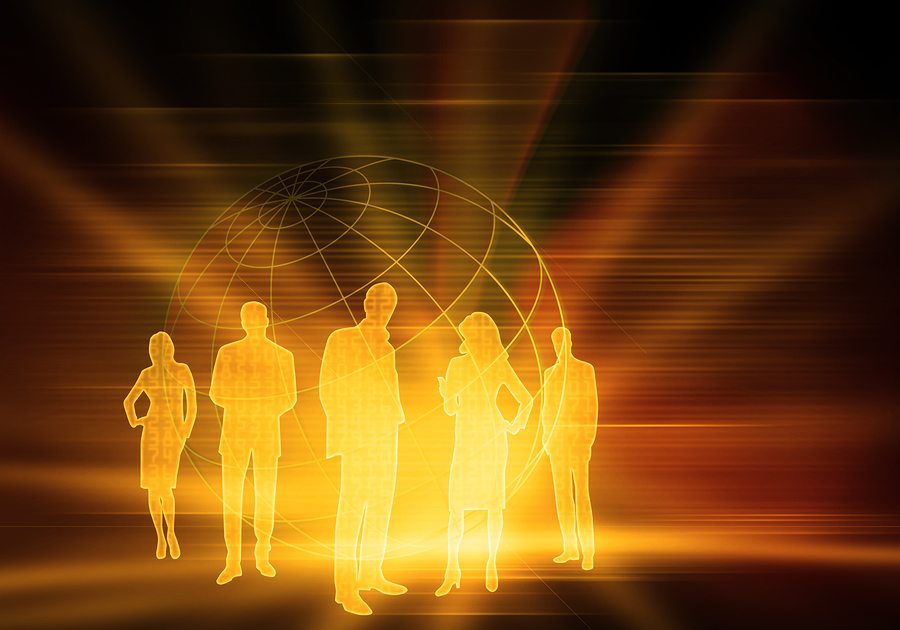 My little brother, who hates technology and has never been active on Twitter at least heard about Rhianna being called out for having tons of fake followers. I admit that he only found out about the dirty scheme of buying Twitter followers because he was listening to a popular radio show, but this news was prominent across every social media network so if you didn’t know, it about time you pay attention. So the word is out, people buy fake followers, but why?

Here are three benefits that are motivating people to buy Twitter followers.

Similar to high school, social media is big on popularity. Having tons of followers on Twitter gives the impression that you are someone who people like, respect and want to listen to.

This also can lead to increasing your social status in real life, getting better advertising deals on your website, and freebies from companies that want you to promote them.

After growing your following, you gain access to an audience. This increases the possibility that your content will be shared and thus receives more exposure.

A bigger audience also increases the chances of making influential people share your content with their circles, be interviewed on exclusive websites or give you access to guest posting on major blogs.

The most surprising thing about this is the fact that it’s pretty cheap to buy Twitter followers. The popular site Fiverr.com has ads where people offer several 1,000 followers for $5. That’s a pretty good deal for gaining social media popularity.

I decided to try it out for myself and found the process relatively easy. Typing the keywords “Twitter followers” on Fiverr I found an ad for 1000 followers and signed up for it. I asked for only 500 though, since I didn’t know if I could get rid of them afterwards. I was asked for my Twitter link and in a couple days my Twitter followers had increased by 600. 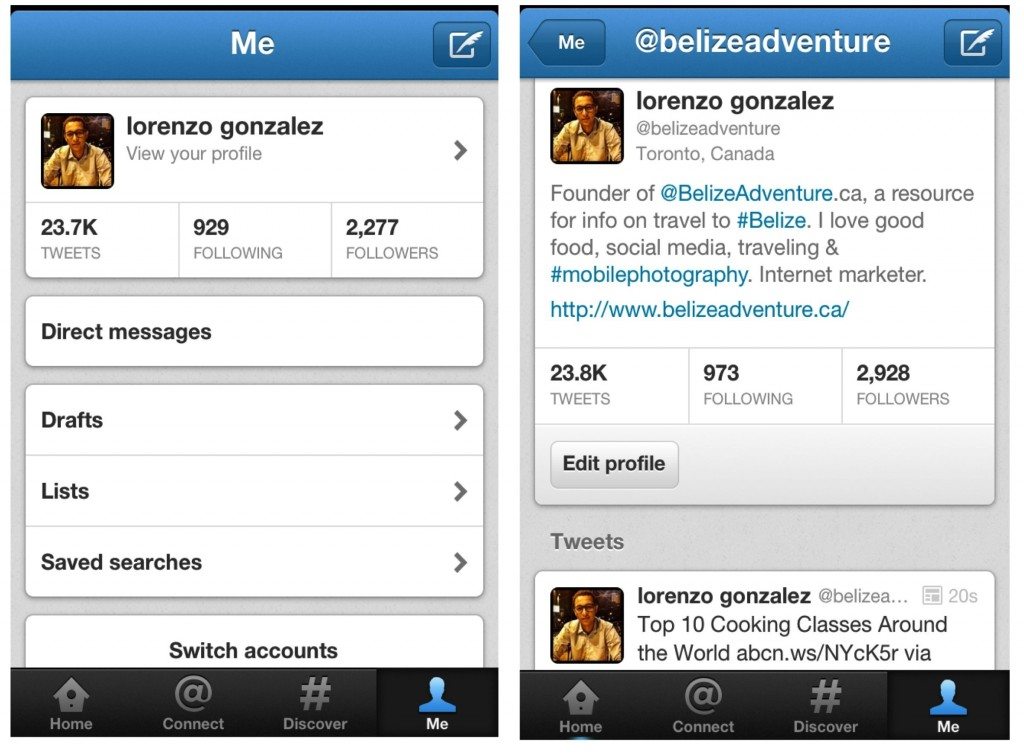 Previously to getting my fake followers, my faker score was at two percent and afterwards my fake count went up to 26 percent. As much as statuspeople is not reckoned to be foolproof (since it only analyzes a certain amount of your followers) it was good enough to discover my con.

As for getting rid of my fake followers, I had to manually block each one by one; it was such a daunting task that took me hours to complete.

What will Happen with the Fakers?

I personally would be embarrassed to have deceivingly bought fake followers, but the truth is that many people, especially celebrities don’t know they have fake followers. For people with limited social media knowledge or hectic schedules, managing a Twitter account can become very arduous; therefore they make PR agencies take care of it for them. Some PR agencies then, under the pressure of keeping customers happy go out and buy twitter fame. 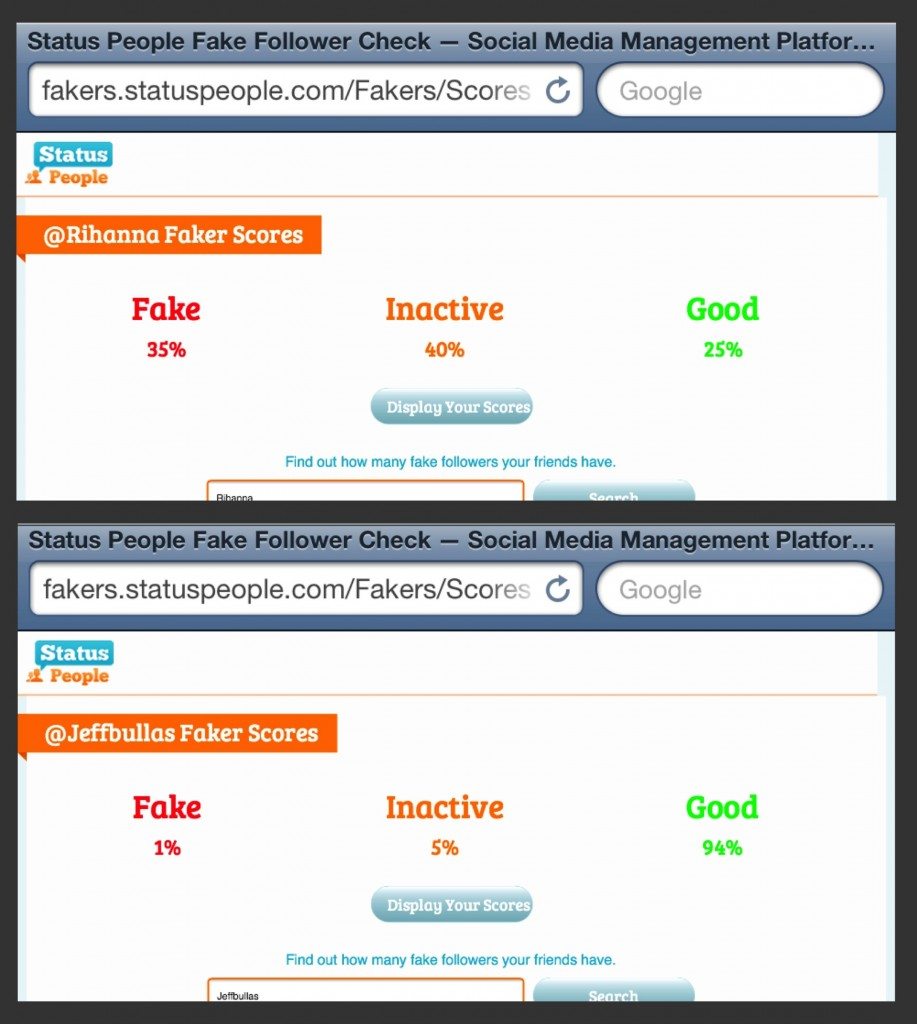 As for regular people who buy followers to exploit the system, expect society not to have you on that high social media pedestal anymore, the news has reached the ears of thousands, more and more people will now pay attention.

Have you thought about buying Twitter followers. What do you think of people who have bought a Twitter tribe?

Do you think buying followers is good, bad, or you don’t care.

Look forward to your feedback.

Guest Author: Lorenzo Gonzalez runs a travel blog about Belize and does social media marketing for small businesses. Follow him on twitter at @belizeadventure.

Lorenzo ran the analysis of my Twitter account without me actually being aware of it and I would like to state that I haven’t paid for any followers in the past or have any intention to do so in the future and that is my personal position and what I am comfortable with. This is apparent from the Faker scores displayed in the screen shot in this post (which he took and included with the article submission) and was a revelation to me.

Amber Mac who wrote the Fast Company article referred to at the beginning of this post stated “The more followers you have, the higher the fake percentage due to more exposure to spam bots”. So no Twitter account will be totally free of “Fake” followers even if you haven’t bought any followers.

Want to Learn the Techniques and Tactics to Grow your Tribe with “Real” Twitter Followers?

My book – Blogging the Smart Way “How to Create and Market a Killer Blog with Social Media” –  will reveal what I have learnt from personal experience.

It is now available on Amazon. I show you how to blog, build tribes on social networks such as Twitter and Facebook. I reveal the tactics I used to grow my Twitter followers to over 110,000.

You can Buy it Now.