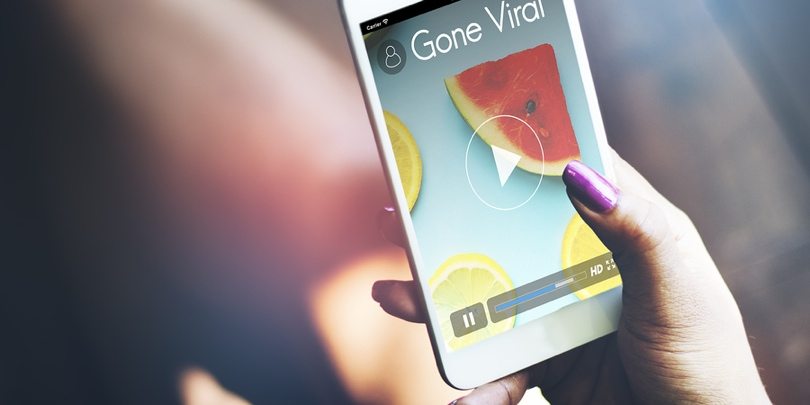 It’s no secret that using video in your marketing campaigns is a great way to reach your target audience at scale.

In 2015, 73% of marketers believed that video had a positive impact on their marketing results. And it’s predicted that by 2020 a whopping 75% of mobile traffic will consist of video content.

In fact, YouTube has reported that mobile video consumption rises by 100% each year. Facebook has taken notice, making sure its content-recommendation algorithm is giving preference to its own video player when determining what content to show in someones newsfeed.

The four brands in this blog post took the importance of video marketing to heart and created some of the most viral campaigns of the year. 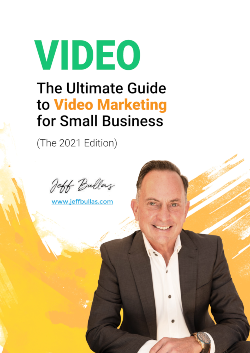 It’s been 12 years since Dove first launched their iconic marketing effort, “Dove Campaign for Real Beauty” and since then, the brand has become synonymous with its beauty campaigns.

Dove is one of those brands that has managed to crack the code when it comes to creating video content that relates less to their product and more to their mission.

As published in a research on The New Science of Customer Emotions, “Fully connected customers are 52% more valuable, on average, than those who are just highly satisfied.” This has to do with a brand’s commitment to emotionally-charged marketing that makes customers feel important.

Through these campaigns, Dove has been able to create a worldwide community of women who share their personal stories and encourage one another to feel good about themselves.

The brand’s latest campaign has been watched nearly 13 million times on Youtube and introduces the real stories of a boxer, a fashion blogger, a model and others who’ve accomplished their dreams despite what people told them they can or cannot do.

The campaign has to do with the 2016 Dove Global Beauty and Confidence Report, which included interviews with 10,500 women across 13 countries. The results of the research are astonishing with only 4% of women who consider themselves beautiful and 54% of women who claim they have “low body confidence” and report that they are not assertive and do not stick to their decisions.

Similarly to Dove, Always has been creating marketing campaigns that aim to empower girls and women. The “Like a Girl” campaign is intended to grab the viewer’s attention with the use of famous insults directed at women, and then change the narrative with what it really means to run, throw, and fight “like a girl.”

As the Youtube description puts it, “today, 7 out of 10 girls feel they don’t belong in sports. And as they’re pressured to conform to societal expectations, it’s no wonder that at puberty girls’ confidence plummets and half quit sports. Yet sports are exactly what help girls stay confident… In fact, a recent NHCS study found that women aged 18 to 24 are twice as likely to be confident if they play sports regularly than those who do not play at all!”

The video has garnered nearly 28 million views on Youtube and the entire “Like a Girl” campaign, which started a few years ago, gained praise and even won an Emmy, a Cannes Grand Prix award, and the Grand Clio award.

By turning an all-too-familiar emotion like self-consciousness and humiliation on its head, Always manages to touch base with its clients in ways no other brand has been able to.

“Taste the Feeling” is Coke’s first new global advertising campaign in seven years and marks a significant change in the brand’s marketing strategy.

Starting at the beginning of the year, all Coke Trademark brands are now united by the “Taste the Feeling” campaign. The campaign celebrates the idea that drinking any kind of Coca-Cola, with or without calories and with or without caffeine, makes everyday moments that much more meaningful.

Unlike the brand’s award-winning “Open Happiness” campaign, “‘Taste the Feeling’ will feature universal storytelling with the product at the heart to reflect both the functional and emotional aspects of the Coca-Cola experience, as explained by the company.

The campaign that was created by four ad agencies, showcases over 100 images shot by noted fashion photographers, Guy Aroch and Nacho Ricci, and includes music by Swedish producer Avicii.

As the company’s VP of global creative, Rodolfo Echeverria puts it, “we want to bring the brand closer to the people through these images.” Echeverria adds, “we also want to leave them open to interpretation, so in many cases a photo might not complete the narrative.”

The wacky and wild innovation in the ad is due to Kenzo’s creative directors, Carol Lim and Humberto Leon, who enlisted ‘Being John Malkovich’ director, Spike Jonze, and the choreographer behind Sia’s ‘Chandelier’ video, Ryan Heffington.

Andie MacDowell’s daughter, Margaret Qualley, stars in the short film that has so far gained 3.8 million views on Youtube. The song “Mutant Brain” was created especially for the campaign by DJs Sam Spiegel & Ape Drums with vocals by Assassin, and the whole scene resembles Jonze’s video for Fatboy’s Slim’s “Weapon of Choice” starring Christopher Walken.

However, as W Magazine puts it, “Qualley manages to out freak Walken though. Along the way she flies through a giant Kenzo eye made out of flowers, has a ballet moment in an empty theater, and also finds time to kill a man.”

Qualley herself agrees, “When we think about perfume campaigns, we think about a pretty girl with a bottle. This clip is exactly the opposite. It’s very multifaceted and different; it takes the spectator by surprise.”

Lim and Leo added in a statement that “the Kenzo girl inhabits the present, like right now. She’s not nostalgic at all. She likes movement and speed and the way things shift and slide and collide in real time. She’s never blasé, always enthusiastic. She stands out from the crowd.”

What marketers can learn from this example is how to create a viral campaign people will be buzzing about, and no one will soon forget.

When it comes down to it, creating a viral video marketing campaign has a lot to do with the brand’s marketing approach.

If a brand puts less emphasis on their actual product and more on connecting emotionally with their potential consumer, they’re likely to strike a chord among their community and manage to create an experience that consumers and target audiences will appreciate and want to see more.

Guest Author: Tom More is the CEO and Founder of Promo, popular video solutions for business, slideshows, and dynamic imagery.