One of the holy grails of science is the “Theory of Everything” that ideally would have the predictive power to know the outcome of any experiment or explain through a single scientific model the fundamental interactions of nature.

This need for humans to predict the future has been with us for millenium and shamans, witch doctors, tarot cards and horoscopes are all indications of our innate desire to know what will happen next week or next year. 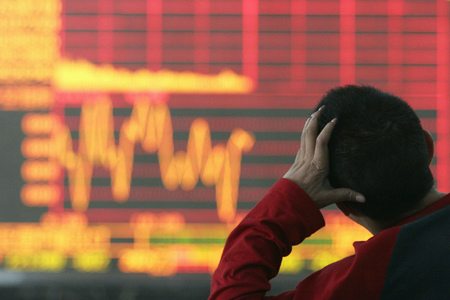 I don’t know about you but predicting the future would rather take the fun out of living as everything would become very predictable as I rather enjoy some of life’s uncertainties.

Scientists and researchers in the emerging area of  social media are stating that the usefulness of Twitter  can extend beyond the news and its social media applications and can be potentially used to predict stock market changes, movie box office success and even election results.

In the latest effort to determine how exactly Twitter will help the world, a new study argues that the micro-blogging platform can predict movements in the stock market.

The report titled “Twitter mood predicts the stock market”, authored by Johan Bollen, Huina Mao and Xiao-Jun Zeng, says that the degree of “calmness” of the Twitterverse can predict  with 87.6 percent accuracy, how the Dow Jones Industrial Average will move, two to six days before the movements occur. To reach this conclusion, the researchers examined two already-existing Twitter “mood tracking tools”: OpinionFinder, which measures positive versus negative mood, and Google-Profile of Mood States, which measures “six dimensions” of mood: alert, sure, vital, kind, happy and calm. The researchers state that that ‘calmness’ was the key indicator that appeared to anticipate moves in the market

The study’s authors are quick to note that they have no idea why this should be the case. The researchers say their findings “offer no information on the causative mechanisms that may connect public mood states with ‘Dow Jones Industrial Average’ values in this manner.” While “calmness” might predict market movements, it doesn’t necessarily cause them.

2. Twitter Predicts Which Movies Will Win at the Box Office

The chatter in Twitter can accurately predict the box-office revenues of upcoming movies weeks before they are released. In fact, Tweets can predict the performance of films better than market-based predictions, such as Hollywood Stock Exchange, which have been the best predictors to date.

The research carried out at the Social Computing Lab at HP Labs in Palo Alto, CA found that using only the rate at which movies are mentioned could successfully predict future revenues but when the sentiment of the tweet was factored in (how favorable it was toward the new movie), the prediction was even more exact. To quantify the sentiments in 3 million tweets the team used the anonymous human workers found by the Amazon Mechanical Turk to rate a sample of tweets, and then trained an algorythmic classifier to derive a rating for the rest.Benardo Huberman, the chief investigator on this work, says that they predicted the outcomes of new movies released in November and December 2009 and January 2010, including Avatar, Invictus, The Blind Side and Twilight.

Dan Zarella the “social media scientist” has completed a study where he gathered a random sample of 30 senate, house and and governor races and  by correlating their Twitter followers discovered that in 71% of the races, the candidate with the most Twitter followers were ahead in the polls.So if you can use Twitter to predict the future of stock markets, movie tickets, and elections, why not sales of other products or services?As the authors of the paper “Predicting The Future With Social Media” write:

“This method can be extended to a large panoply of topics, ranging from the future rating of products to agenda setting and election outcomes. At a deeper level, this work shows how social media expresses a collective wisdom which, when properly tapped, can yield an extremely powerful and accurate indicator of future outcomes”.

So I am not sacking my financial adviser and my stockbroker anytime soon, nor will I stop asking my friends whether the last  movie they saw was worth watching, but don’t laugh, technology is performing tasks that only 100 years ago were considered magic.