“We’ve had a great run, Andre,” said Andre Agassi’s coach, “but we’ve gone as far as we can go. We’re growing stagnant. Creatively, I’ve burned through my bag of tricks, buddy.” 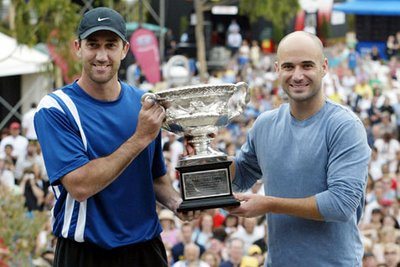 And just like that, after 8 years of working together, winning an impressive six grand slams together, it was time to move on.

As he walked away, Agassi started thinking about who he would want to coach him next. The only person he could think of was an Australian coach named Darren Cahill.

Cahill had just finished a brilliant career coaching Lleyton Hewitt, whom he had helped to reach  number one in the world. Plus Agassi had personally bonded with Cahill, discussing their fatherhoods, when the two bumped into each other in Sydney.

Agassi called Cahill. The two spoke for a while and Agassi made his case. Agassi told him he had parted ways with Brad and that he now wanted Cahill to coach him.

Cahill was flattered. Why would he not have been? He had one of the greatest tennis players of all time knocking on his door asking him to help him. But he could not accept the job as he was on the verge of signing on with another player.

So he told Agassi he would think about it and get back to him.

But as he sat there thinking, something clicked in Agassi. A sudden urge came over him. He picked up the phone and again dialed Cahill’s number.

“What the hell is there to think about?” asked Agassi. “You can’t coach Safin. He’s a loose cannon. You’ve got to work with me. It feels right. I promise you, Darren, I have game left. I’m not done. I’m focused – I just need someone to help me keep that focus.”

And just like that Agassi had won Cahill over to his side.

What Agassi’s Win Means For Your Facebook Conversion Rate

Contained in that story is one of the great secrets to increasing your conversion rate on Facebook.

Whether you want people to Like your page on Facebook or buy a product from your Facebook store, what you need to do is to use a strong call to action, which is just a fancy marketing term for boldly, openly, and in no uncertain terms asking the prospect for their business. It is one of the quickest and cheapest ways to increase your conversion rate.

This does not mean you should be pushy. Not at all. Pushiness is unattractive. It just means that when the time has come, i.e. once you have built enough trust, you should explicitly ask for their business, using a strong call to action.

Take for example the Red Bull Facebook Fan page. Red Bull has over 18 million fans on Facebook. Part of the reason they have accumulated so many fans is because their homepage asks for one thing and one thing only. It boldly, explicitly, and in no uncertain terms asks visitors to Like the page and become a fan (see image below). 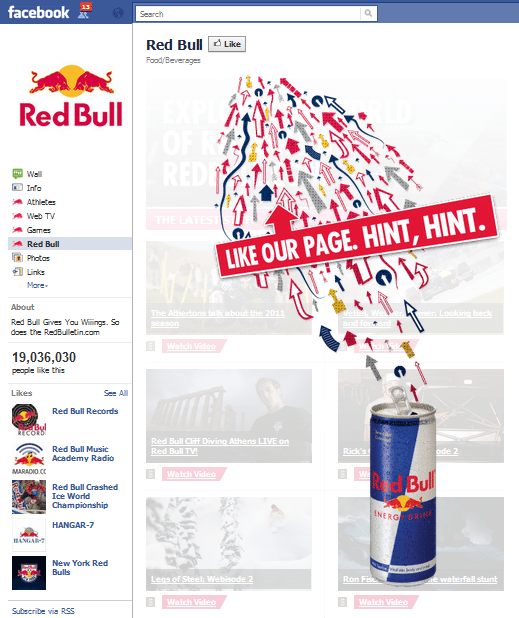 Or take a look at the Pepsi Facebook page. 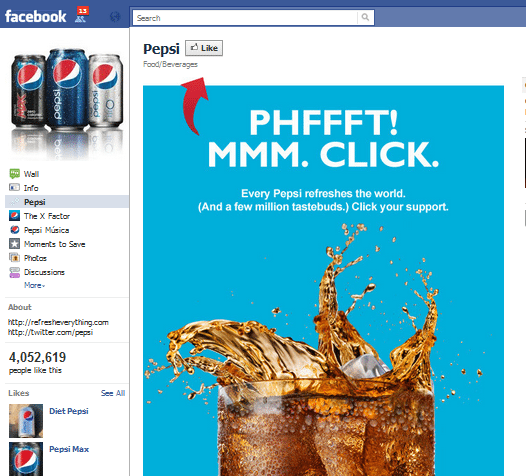 But a strong call to action is not just limited to getting fans. It applies equally to any other objective.

Take a look at Mafia Wars. It wants people to play the game. So it features a high quality graphic with a simple yet powerful message – Play Now. 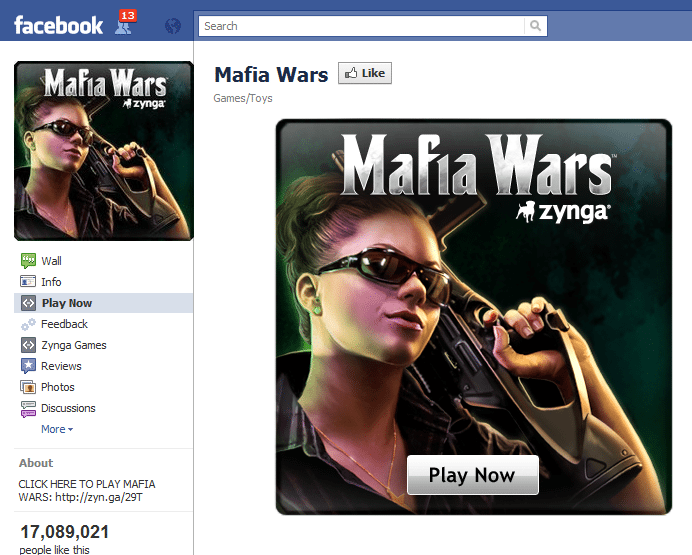 Now that you understand the importance and power of a strong call-to-action, let us look at how to create one.

4 Elements of a Killer Call-to-Action

1.   Use an image: Images catch our attention. They allow us to communicate complex and long messages quickly and effectively. So use an image that relates to your product or market demographics.

2.   Use a colored button: if you cannot use an image, at least use colored buttons for links. Similar to images, they attract attention and make your message look more attractive.

4.   Make it stand out: This one is not so obvious. One of the strongest ways to make a message stand out is to put lots of space around it. De-clutter your page. Do not ask the customer to do 10 things.

Think back to the Red Bull, Pepsi and Mafia Wars pages. They put only one message on their homepage. That way that message gets noticed and is given due importance.

Aman Basanti writes about the psychology of buying and teaches you how you can use the principles of consumer psychology to boost your sales. Visit www.Ageofmarketing.com/free-ebook to get his new e-book – Marketing to the Pre-Historic Mind: How the Hot New Science of Behavioural Economics Can Help You Boost Your Sales – for FREE.

Image from one handed backhand