Why The Web Is Becoming Less Social

The web today is continuing to grow at an astonishing rate and it’s not just the humans that are becoming connected at accelerating rates but  ‘things’.

This month non-human objects such as GPS devices and Broadband TV’s are coming online in greater numbers in the last 3 months with AT&T and Verizon than new human subscribers according to research analyst Chetan Sharma. 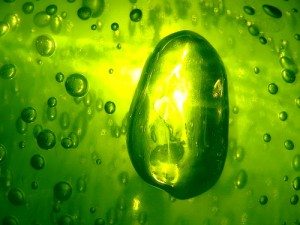 So you thought social networking was the center of the web growth universe?

That laptop that is placed conveniently at arms length from your bed is not the the only connected device that is making an impact on the way we live, interact, work, socialize and play.

Even though our web social interaction has picked up at a fierce pace with Facebook, Twitter and You Tube being our most popular social media interaction channels of choice the ‘things’ we use are having micro chips attached and are being linked and networked via the internet into the world wide webs backbone and nervous system.

So what are some of the facts and figures and predictions that will impact our social web and how we will use the Internet over the next few years and decades.

This 5 minute video from IBM will give you some perspective on this fast growing world of the Internet of things.

If you want to look a little further into the future you may want to consider these predictions by Chief Futurist for Cisco Systems, Dave Evans

So there are a couple of considerations we should not ignore in planning your corporate social media marketing strategy and that is video and mobile is definitely going to be a large part of the future.