Twitter is the the most efficient marketing megaphone I have ever seen. 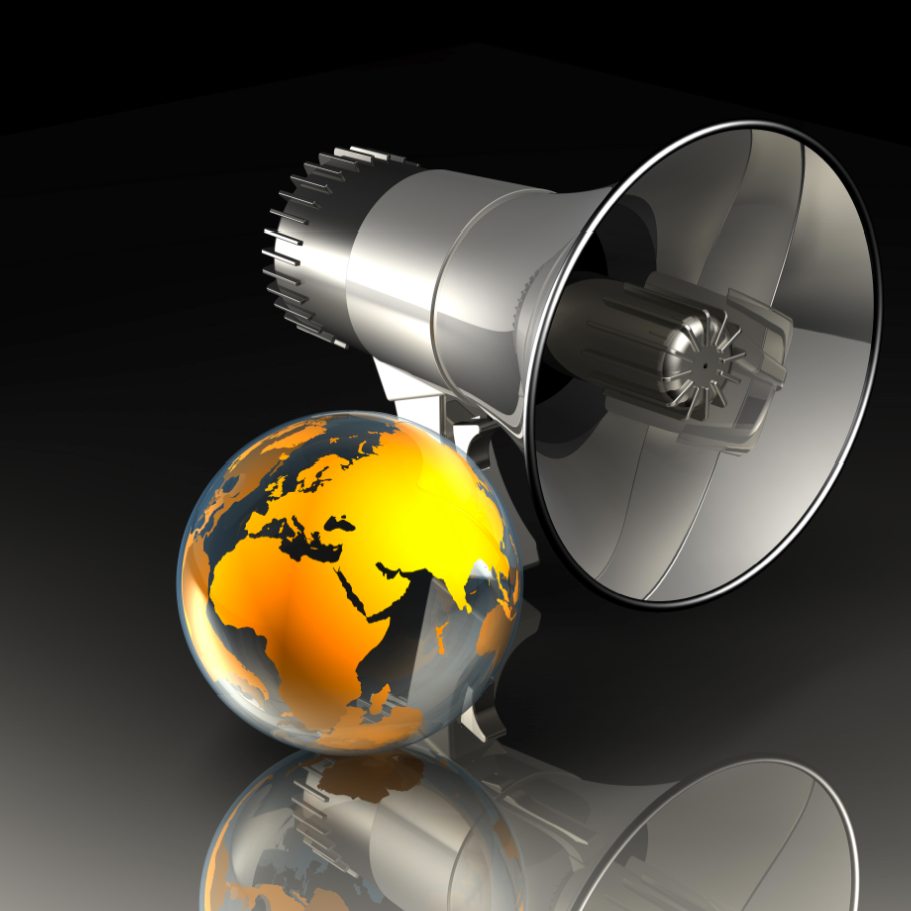 It moves news, ideas and content in real time with only 140 characters. It is not only lightning fast, it is global. It amplifies your message and engagement with just one click.

Its attraction for me was it was free to use and simple.

I started using Twitter about 4 months before I launched my blog and I discovered that it was a great tool to not only engage with people but to distribute my content. I then proceeded to not only create content but build my Twitter followers as it provides an unfiltered stream that is not restricted by update choking and censoring that occurs with Facebook.

Twitter is well known for spreading and breaking news and is the darling of politicians and celebrities. What is not often understood is its raw naked power to make your content as an online publisher to flow across a global web.

There are three types of Twitter engagement and total  engagement is the sum total of these three key components.

When a follower sends a Tweet directly by using your brand handle at the beginning of the Tweet. This will only show up in your feed, and the feeds of users who follow you both.

A retweet is when a follower directly shares your brand message with their audience.

When a user includes your brand hand, but not as a direct @Reply.

Add these all together and you have “total engagement” as a pure metric.

I have been trialling an analytics tool and platform called “Simply Measured” and plugged in my social media network accounts and have let it start collecting data and after a week it was  a revelation to take a closer look at the insights it revealed.

The top graphic that is produced once your report is live is the “Twitter Engagement Megaphone”. It is a snapshot of your Twitter activity, engagement and potential reach and impressions in a graphical format.

What was surprising for me was the size of my Twitter “Potential Reach” at over 11 million and “Potential Impressions” which is calculated at 146 million.

Potential impressions have always been an important metric for advertisers. For traditional mass media like newspaper, radio and TV, it has been one of the only metrics available to gauge success, and its relevance is also prominent throughout the social media revolution.

What is the importance of potential impressions?

It is important for measuring brand impact as it measures the viral power beyond your inner circle of influence which is your follower count. If your content is having a viral impact then the potential impressions metric is the most important data point that identifies that trend.

For a more detailed breakdown of how it is calculated read this explanation. 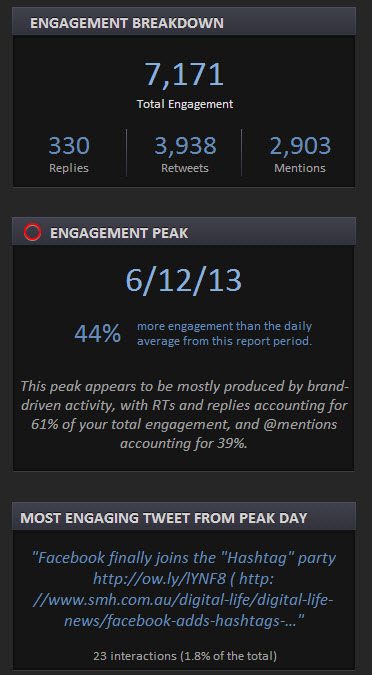 This shows that mid week is the the top time with Wednesday the most active at between 7 and 8am. Surprising also was that it was over 26% of total mentions. 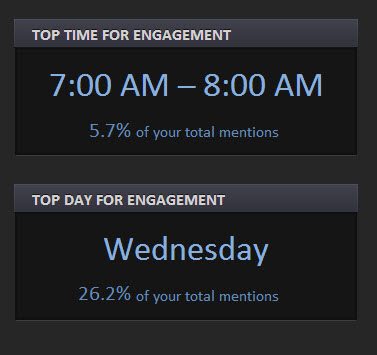 I tweet with links almost every time. Normal tweets without links do not create as much engagement as a link or a video tweet.

Want to drive engagement then you need to include a link.

Twitter is perfect for the smart phone generation and this metric shows the that over 26% of tweet distribution is from a mobile device whether that is a tablet or an internet connected phone. The implications are that you should consider making your blog easy to be viewed on a mobile as people will be clicking through from that device quite often.

Maybe time to design and redevelop your blog with a responsive WordPress template? 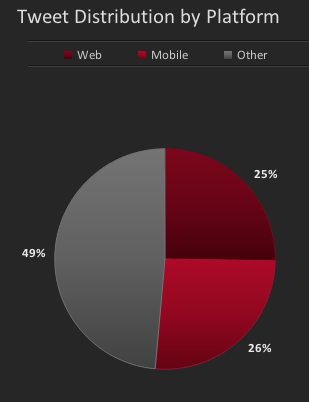 Apart from the web the top Twitter clients are Hootsuite (which I use) and Twitter for iPhone (downloaded that app as well). Then the next top ranking clients for distributing tweets is RoundTeam, Buffer, Twitter for iPad, TweetDeck and Twitterfeed in descending order. 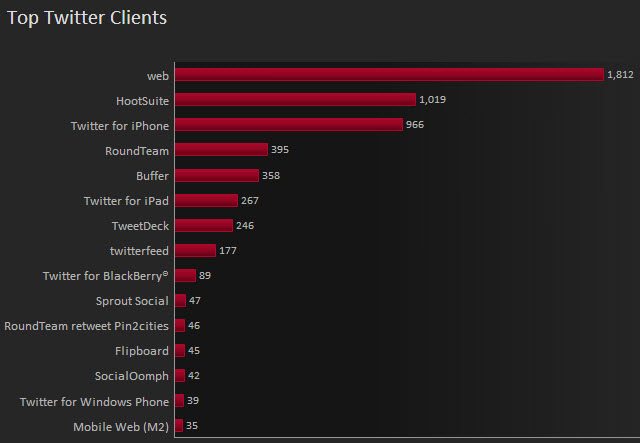 Nearly 40% of my blog readership is from the USA (as measured by my Google Analytics account) so for me the data here is not surprising.  At an increased level at 48% it does show that the USA followers are big Twitter users compared to other countries . 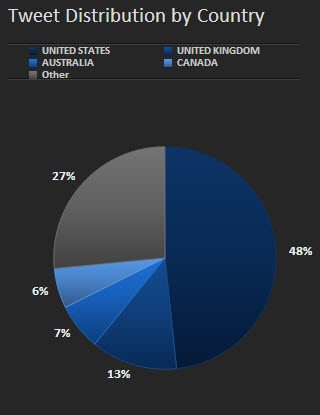 This metric is great as it identifies my most powerful influencers as measured by Klout. So this data could be very helpful in working out who you should be working with more closely in the future. 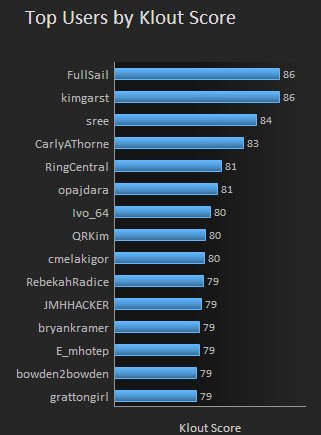 Users with large follower counts can give you enormous reach and marketing power. So this data is very useful along with Klout scores in targeting potential promotional partnerships . 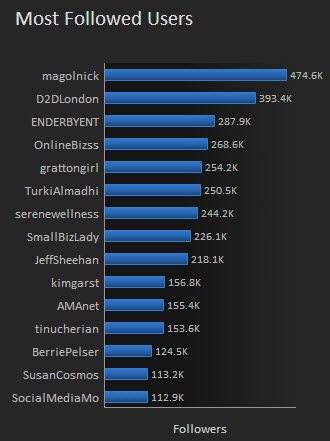 This shows my most loyal followers and it is not something I have looked at before in a formal manner. Using this insight could maybe make you look at rewarding loyal followers to thank them. 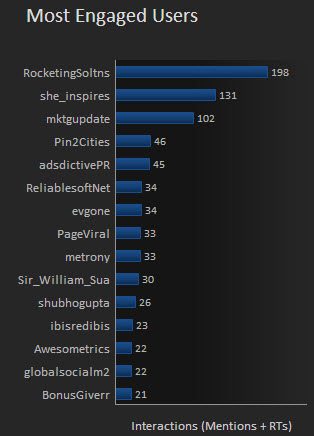 Do you use Twitter? Could you do better? What have been your experiences with Twitter and have you been using it for engagement and content distribution?

Leave your insights and stories in the comments below.

I also reveal the tactics I used to grow my Twitter followers to over 162,000.