side hustle
strategies
Thinking of starting a side hustle? CLICK HERE
Home » Blog » 10 Ways Leading Brands Use Facebook Ingeniously For Their Marketing

There is a revolution going on in the internet marketing world that many companies are still figuring out. It is called Facebook and Twitter and it’s also called social media marketing. 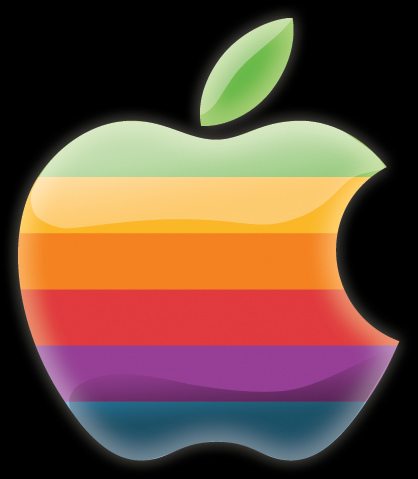 So what is one change that has emerged that is affecting the way businesses can influence their target market to create massive traffic and sales?

It’s the Facebook “friend feed” and it has dramatically changed the goals and objectives for marketing your brand on the web.

But how is this different than traditional marketing?

Marketing used to be a “one to one” game with your prospect. You were only speaking to the prospects’ attention you had at that given moment in your advertisement and no one else. That’s all part of the old ways of marketing.

It’s those secondary contacts that reflect how the audience has shifted dramatically and how the entire sales conversation is now different. It is the power of the amplification of conversations that start at “one to many” and then become exponential and move to “many to many”.

So how are big brands leveraging this power to their benefit?

Here are 10 ways that big brands are using Facebook to tap into this limitless potential.

1. They get their prospects to interact with their posts.

It may not be immediately obvious but a comment on a wall post is more powerful than getting someone to read it and take an action without interacting. Here’s how McDonald’s is influencing their devotees to comment on their wall posts, indirectly reaching thousands more.

That powerful little blank encourages their fan base to interact. That little interaction means exposure to thousands more than if it wasn’t there.

Of course, ending on a simple open ended question is powerful as well. Watch Visa directly asking their users to interact.

Knowing the importance of “likes”, look at Walmart just directly asking for it. 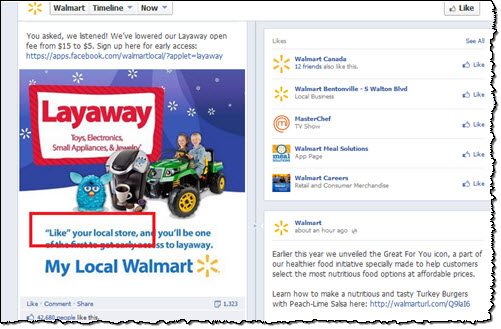 3. They use images to enhance their product.

Not much needs to be said about this image from Apple.

4. They have a clear call to action to “like” their fan page.

Leaving it in the hands of your prospect to figure out what’s next can potentially confuse them. Watch how Red Bull doesn’t leave it to anyone’s imagination on what to do next. 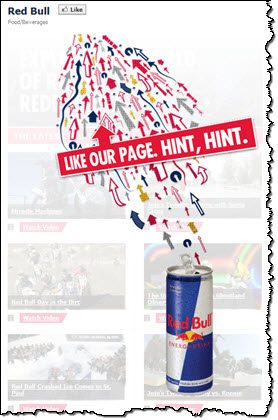 5. They offer a bribe to get their users to like their fan page.

Coke produced their own free music app for their fan bases. Even people who aren’t fans of Coke may potentially opt in to these free bribe resulting in indirect exposure to thousands more. 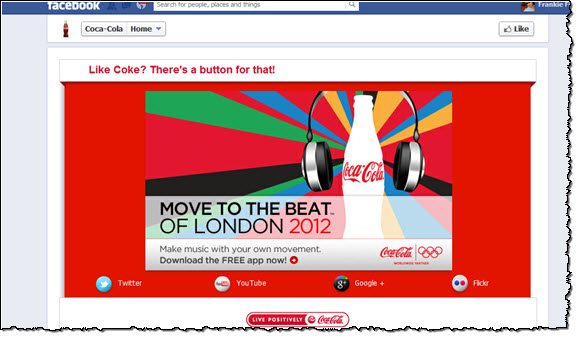 It’s definitely a powerful way to encourage their fans to take action.

6. They have exclusive offers for fans.

Nothing creates a bond faster with your fan base than making them feel exclusive. Watch how Domino’s Pizza does this combining the old with the new. 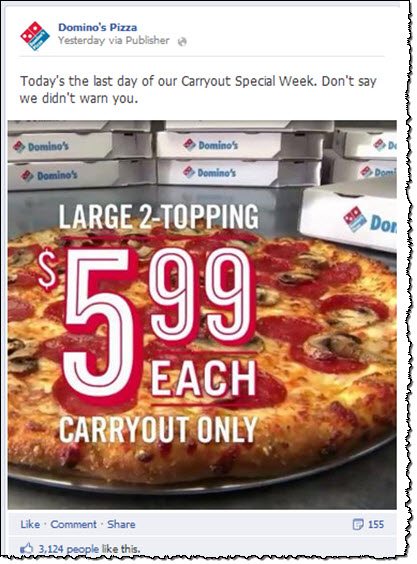 7. They get feedback from their users.

Social media is built on the foundation of 2 way interactive relationships. Look how Walmart lets their customers’ voices be heard. 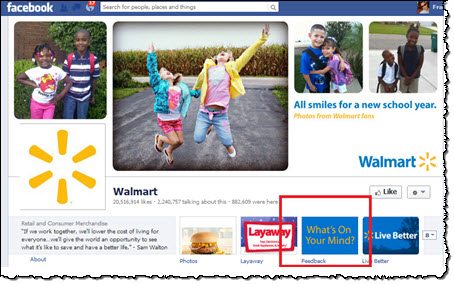 8. They syndicate news stories that their prospects can relate to.

A news story that strikes a chord with your prospects can generate tons of feedback. Watch how this simple news story has generated over 111,000 likes for Starbucks. 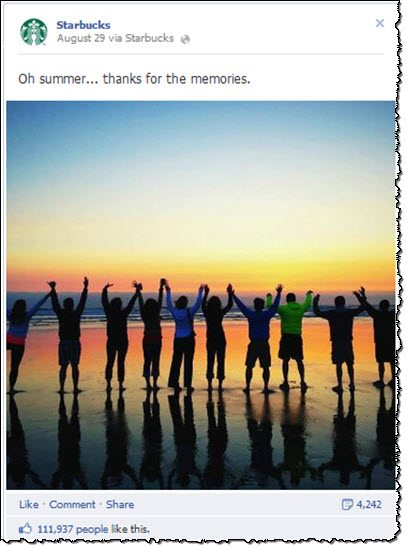 The power is that a relatable experience can enhance their social media power and bond with their customers.

9. They use powerful emotional images.

“A picture is worth a thousand words” is even more powerful when you can weave your brand into the fabric of a person’s experience. Watch how Pepsi takes this idea and puts it into practice. 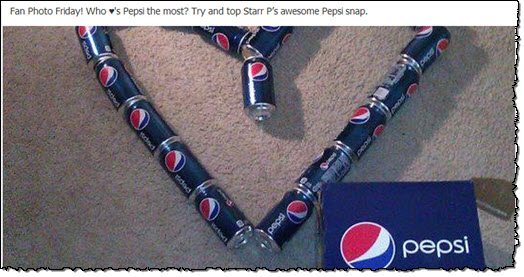 It’s no secret that content is what drives the internet and social media.

Have you ever had this awful experience? You joined a page for some basic offer only to find out that they send you so many promotions that you just can’t unsubscribe fast enough. Well your target prospect is no different. In fact, a lot of business owners are doing this.

Most people have joined a list or two that just relentlessly hypes up something useless for you to buy.

What most of these brands have in common is that they primarily share content that ultimately leads back to their sales funnel. They are very careful with what they promote and should be too.

What’s working for you in your social media promotion campaigns? What kind of content do you find is most valuable to your users?

Tip: Do you need help with Facebook? Hire experts or freelancers on Fiverr.

Want to Learn How to to Create and Market Content that Attracts Views, Readers and Followers ?

I show you how to create and build a blog that rocks and grow tribes, fans and followers on social networks such as Twitter and Facebook. I also reveal the tactics I used to grow my Twitter followers to over 110,000.