10 Ways To Launch and Promote A Product Using Social Media

Launching a product using social media provides multi-media rich global platforms that makes it easy for each social network community to share the message and let other people know about your brand.

Promoting, marketing and launching any product globally was usually left to multi-nationals with big budgets and access to prime time TV and other expensive mass media and to be effective required multi-million dollar budgets. 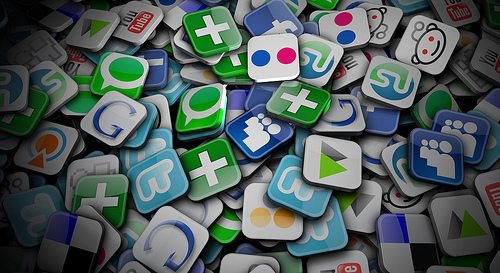 Here is a case study of Guy Kawasaki’s launch and promotion of his book ‘Enchantment  The Art of Changing Hearts, Minds and Actions‘ and how he used a multi channel social media marketing strategy and tactics that can be applied to any product.

This approach or a subset of his campaign can be applied by anyone with the right discipline and appropriate resources and ‘yes’ you will need a marketing budget but it will not need to be 6 or 7 figures.

He was involved in launching and marketing the Apple McIntosh in 1984 and has written ten books with ‘Enchantment’ being his latest.

So how did he launch and promote his book using social media?

The Facebook fan page was built specifically for the book and its main aim was to provide a community site on the largest social networking community on the planet that would engage and then share. To build up the fan base that provided critical mass to share an incentive to “like” the page was achieved by giving away a free book. In this case it was his first book “The McIntosh Way” 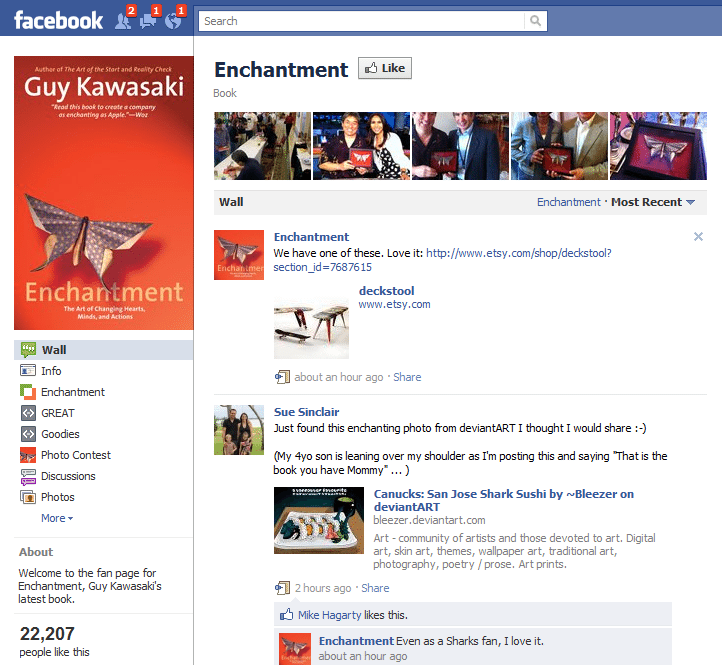 He realized after 2 months that Facebook was great but limited and needed a site he owned that was not restricted to the whims and restrictions of the Facebook environment and its terms and conditions. He built the site which was part of his own website. 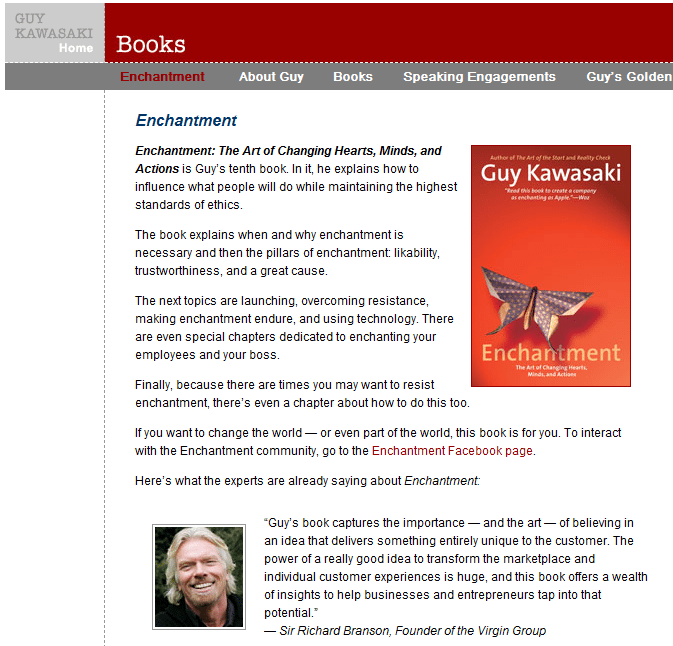 To make it easy for his book reviewers to obtain information and images necessary to review the book.

Building a tribe before launch becomes very apparent here and with Guy’s access to his Alltop data base of 20,000 bloggers he was able to offer a free review copy to all 20,000 and from that he attained the following traction. He used eCairn to indentify the social media movers and shakers to find other bloggers outside of his own database listing.

All reviews appeared on his website which gave visibility to all the reviewers as a way of saying thank you.

The shiny new toy ‘social media’ is not the only marketing tactic that he used and they knew that a 160,000 emails (130,000 acquired over 30 years of making contacts including his blog and website) would be highly effective.

The numbers and results for this

This was a 6 week campaign on Google AdWords, Facebook Ads and Twitter (Promoted Tweets). They used Clix Marketing for managing the campaign. Both Google Adwords and Facebook ads are easy enough to do your self

To get access to potential buyers outside of his sphere of influence and use the power of Google and Facebook to target the rightaudience.

Every one loves a contest and they work well on Social media. He offered 5 cameras and an Apple iPad. He had a Facebook contest app designed by Strutta.

Major Takeaway: Start a tribe before even writing that book or product so that when you launch you have a a fan base that will be ready to buy and spread your message for you whether that is on Facebook, Twitter or Blog. Guy used his blog, website and his social media community on Alltop as his primary platform for marketing his product.

He took a quiz he had in his book and took it online and provided it in two channels (Facebook and his website). The surprise here was that the website version results far exceeded the Facebook results.

He used Wildfire which costs $400 per month to create the self-serve quiz and used Electric Pulp to create the website version ($3,000) 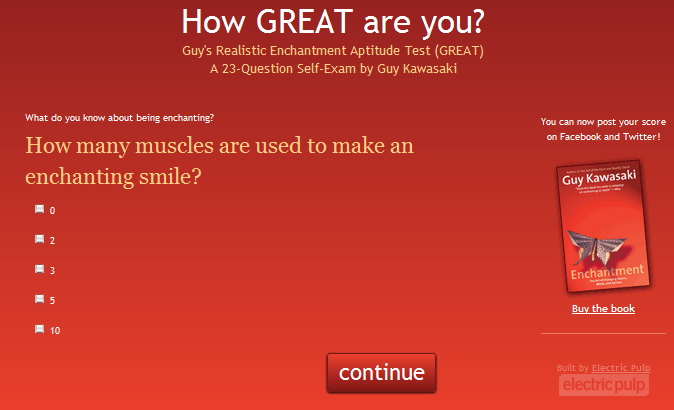 The popularity of the infographics was taken into account and  resulted in reviewers and bloggers embedding it in their sites. He hired Column Five to create the graphic which provides an overview of the book in one image. 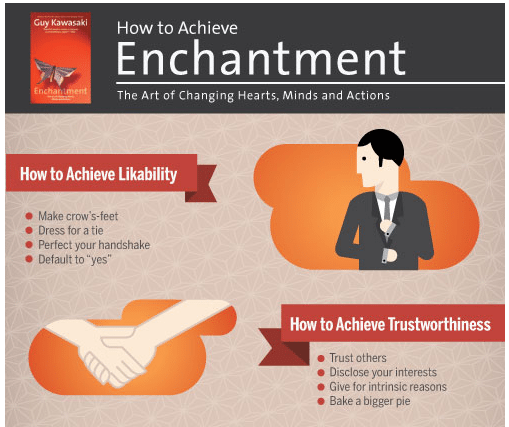 Primary Goal: To provide a media that could go ‘viral’.

He had created a PowerPoint presentation  that would not only be used at key note presentations but would also be published on Slideshare and spread the brand and buzz.

So far it has been

Primary Goal: Placement on the Slideshare social networking platform to make it easy for people to share and embed

Thank you is a small phrase that produces big results and as a way of saying thank you to all the companies and people involved in the book project launch and promotion he created a slideshow on YouTube. They used Animoto to create the slideshow.

Primary Goal: Provide another online digital property that spreads worldwide and as a minimum will be shared by the all the parties mentioned

Cost: Approximately$1,000 for design and $50 a month for the software (professional edition)

This could be reduced significantly by doing some of this yourself and also focusing on the channels that provide the greatest leverage.

The major takeaway is that you need to build a tribe before you launch any product or book. Guy Kawasaki has worked over the years to build his tribe and here is a snapshot of its size.

Have you started growing your tribe?

This case study was sourced from Guy’s own article about his book launch on Mashable.