The Old Spice campaign has proven to be one of the most memorable creative marketing and advertising concepts ever executed. 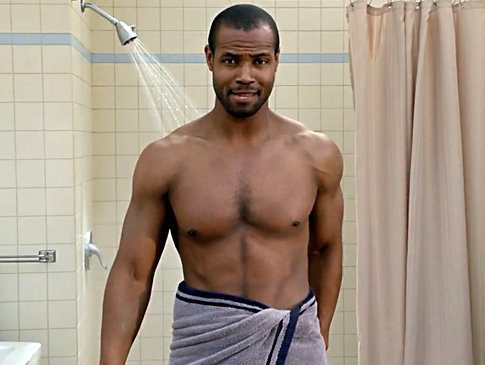 It has longevity and endurance that has been achieved through a mix of several reiterations as well as using online and offline marketing, social media and PR that has kept the original content bubbling across the Web.

Wieden + Kennedy created the original ad for the Super Bowl for their client Procter and Gamble the owners of the iconic Old Spice brand.

The ad featured former NFL athlete Isaiah Mustafa and was a a video centric marketing campaign that combined both traditional and social media.

Here are some of the numbers that were the result of the continuous marketing campaign.

At the end of the day you can have all the noise, buzz and viral success you like but if you don’t increase sales you might as well pack up and go home. The Old Spice campaign achieved both.

1. Keep Your Videos Short and Snappy

Originally one of the rules of thumb for on-line videos was that they shouldn’t be any longer than two minutes but the Old Spice YouTube videos were mostly less than a minute and as short as 17 seconds. They have taken “snappy” to a new level.

A traditional offline video is hard to share, so making your ad into a YouTube video enables it to be shared and the distribution crowd sourced.

I don’t know about you but sometimes you see a funny ad on TV and you have to wait for it to be replayed to view it again. Publishing on-line as well as off-line makes it searchable and  able to be viewed on demand.

In 24 hours the old spice guy responded to Tweets (including a marriage proposal) with 116  YouTube videos (The crew was given 7 minutes to record each video including the writing and the shooting with only one or two takes). This princilple of real time response can include responding to comments on Facebook and tweets on Twitter  to keep the conversation rolling.

6.  Use Other People’s and other Media’s Networks (for free)

The Wieden + Kennedy campaign decided to respond to Tweets with YouTube video responses and when the “Old Spice” guy responded to “The Ellen Show” tweet with a YouTube video then of course this was broadcast to millions on her shows network. Individuals with large on-line influence such as Guy Kawasaki and Perez Hilton had video responses which tapped into their large personal brand audiences globally. Tap into large networks by giving them the attention they want and crave and they will spread it for free to their distribution networks whether that be Facebook, television or Twitter.

This then leads us to another lesson. If your social media marketing is good enough, mass media will pick it up, especially if it has humour and entertainment value and will advertise it for free to millions of their viewers and readers.

Savvy bloggers know this marketing secret and that is to keep the content pumping. The “Old Spice” campaign which was video centric managed to produce 100’s of videos led by a team of 4 writers, a camera crew and a half naked actor. The approach was certainly quantity over quality which social media advocates will recognise. Don’t wait for your post to be perfect before hitting the publish button because it never will be.

One of the writers behind the Old Spice campaign Jason Bagley said. “No one expects to ask a question and then be responded to. I think that’s where we broke through.” The marketing team responded personally to tweets with custom YouTube videos, this both surprised and amazed the global audience.

10. If it Works Keep Repeating a Proven Formula

The old saying “when your on to a good thing stick to it” applies very much to this marketing success which initially started with the Super Bowl YouTube video which received 100,000 views every few hours has been repeated twice with a new angle every time. The second  time was a 2 day marathon of high quality personalized video responses to questions asked by fans on Twitter and YouTube. The latests reiteration was last month with a rival introduced called Fabio (an ageing male super model) and cleverly called the “New Old Spice Guy”

The creators of the campaign decided  to add a negative twist to rejuvenate the campaign by introducing a rival “Fabio” the “New Old Spice Guy” and had the viewers vote on who they preferred . This produced a lot of “Buzz” online and negative comment (viewers “loved” Isaiah Mustafa the original old spice guy) that continued to drive the viral conversation with the original “Old Spice Guy of course winning the competition. I have found negative headlines to produce much better responses than the positive angle eg “30 Things You Should Not Share on Social Media”

What impressed you about this campaign?