Since social media has become an integral part of our lives, marketers have used their creative talents to develop social media campaigns with various degrees of success which can be measured in a variety of ways. 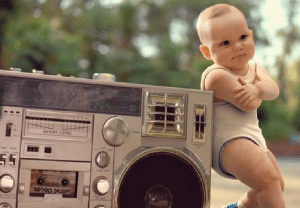 One very successful social media marketing campaign that was run in 2009 was the competition for the “Best Job in the World” which was based on the simple concept of posting a one-minute video application on Tourism Queensland’s Web site explaining why you should be chosen as caretaker of Hamilton Island on the Great Barrier Reef and you might get to blog and cam your way through a six-month gig that paid about $100K U.S.

The results included 400,000 new visitors to the website in the first 30 hours and 1 million hits the second day the competition was launched.

They were asked to take into account the success of the campaigns as well as the quality of the execution and creativity of each one.

This was a low budget horror movie that used a viral social media campaign that used web sites and message boards to incite anticipation and interest months before the its release in 1999. The anticipation was created by spreading  rumors about the fate of the movie’s main characters with fake newspaper clippings and police photos of their missing car being spread on what was then the 1999 version of what we now call social media.

The result for a movie that cost $22,000 to make, at last count it has grossed over $240 million, making it the worlds most profitable movie ever.

2. Blendtec: Will It Blend

This well known series of online videos first burst on the scene in 2006 (not long after YouTube was launched). It shows the Blendtec ‘Total Blender destroying anything from a baseball to an iPhone.

Result: Home sales of blenders has increased by more than 700%

Isaiah Mustafa was already popular in TV commercial but when a campaign was created that allowed him to respond to questions via online videos(180 in fact) and Twitter the buzz that it generated spread around the world. The results are still being counted.

This social media campaign centers around a person dressed in a chicken suit on a website that responds to commands like “make a sandwich” or “moonwalk”. It was created for Burger King by the advertising agency Crispin, Porter + Bogusky for the chain’s TenderCrisp Sandwich.

This was aimed at people’s charitable gene which gave people the chance to get funding for their charity. Its goal was to create a new identity while maintaining its youthful image.

This was a social experiment using humor to drive engagement and influence customer behavior. It involved Volkswagen transforming a Swedish subway staircase into a giant functioning piano. The result, 66% more people choosing the steps rather than the escalator. This won t the 2010 Cyber Grand Prix  Lion at the Cannes International Advertising Festival.

The office supply retailer encouraged people during the 2006 holday campaign to upload pictures of themselves. Technology was then applied to the images which would transform them into dancing elves. The creative genius behind this campaign was the Francisco based  agency Toy and San. The result 122 million elves, more brand awareness and increased sales.

This YouTube blockbuster showing babies break dancing and busting moves ended up being (according to the Guinness Book of Records) the most watched online ad in viewing history with over 60 million views and 54,000 comments.

This Facebook marketing campaign involved the store manager of the Malmo Ikea store posting pictures of the new showrooms where people who tagged the items first, won that product. The result was a viral word of mouth campaign that quickly spread to people’s Facebook friends and created huge product awareness.

This was maybe the first integration of social media and email which involved Hotmail running ads in 1996 at the bottom of every email which said “get your free email at hotmail”. Apparently the judges were a bit divided on this with one rating it as the best and the other the worst and also whether it constituted a social media campaign.

What are some of the core elements that were in these campaigns that made them such a success? For me it includes these elements

What appeals to you in these top social media campaigns?