Facebook has become the social media channel everyone loves and loves to hate. It is a powerful platform to share your content as well as being a soapbox to post your feelings and thoughts whether they are appropriate or not.

Social media seems to have hit such a nerve with people sharing anything and everything online with such gay abandon. 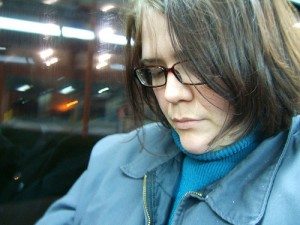 It continues to provide great online fodder that keeps us amused and entertained in an almost voyeuristic fashion.

The reaction to a post that I wrote titled “30 Things You Shouldn’t share on Social Media”  revealed to me the high interest in other people’s online Faux pas with 69 comments so far.

Many people seem to have their common sense gene removed when they leap on a computer in the quiet of their home and think that no one is listening (only the entire planet). It does seem that this thing we call “the social web” is so new that that our evolutionary development hasn’t caught up with the technology and we are still thinking analog when it should be digital!

It seems that sharing online is still so very novel and so early in humans social digital development stage, that we are like young children before we had all our brain cells lined up in the correct sequence that provided logical thought capabilities.

It is like when a child covers their eyes and says “you can’t see me” because they cannot see you.

So when I came across an article from Forbes.com that displays the world’s best examples at the genius level of non thinking on Facebook, I just had to share it.

Here are 10 real world examples of  how people lost their jobs and even careers due to Facebook Faux Pas.

Gloria Gadsden, an associate professor of sociology at Pennsylvania’s East Stroudsburg University, enjoyed cracking wise on her Facebook account. In January she wrote, “Does anyone know where I can find a very discreet hit man? Yes, it’s been that kind of day.” In February: “Had a good day today. DIDN’T want to kill even one student.” Gadsden’s University, made aware of the posts, found reason to be alarmed given the tragic events at colleges in recent years. The school put Gadsden on indefinite paid leave that lasted a month before she was allowed to return in late March.

2.An Undercover Cop With Loose Lips

An Atlanta police officer was terminated in December after posting sensitive information about his job on Facebook. Among his alleged leaks: his current cooperation with the FBI on a drug case; explicit times when he would be working as a plain-clothes cop; and the fact that he was frustrated at work. The officer’s Facebook account was private, but that didn’t stop the department from booting him.

In December, after General Motors’ chief executive Fritz Henderson left the company and was replaced by Ed Whitacre, Henderson’s daughter, Sarah Henderson, logged on to the automaker’s Facebook page. What she said: “HE F—— GOT ASKED TO STEP DOWN ALL OF YOU F—— IDIOTS. IM FRITZ’S F—— DAUGHTER, AND HE DID NOT F—— RESIGN. WHITACRE IS A SELFISH PIECE OF S—, WHO CARES ABOUT HIMSELF AND NOT THE F—— COMPANY. HAVE FUN WITH GM, I HOPE TO NEVER BUY FROM THIS GOD FORESAKEN COMPANY EVERY AGAIN. F— ALL OF YOU.” Dad must have been proud.

4. A Prison Guard Who Likes Sharing but Not Caring

A Nebraska prison guard allegedly bragged on Facebook in February about smashing an inmate’s face to the ground. Soon thereafter, two more Nebraska prison guards jumped in to voice their support. The state was decidedly unimpressed. All three guards lost their jobs in March.

The public typically isn’t allowed to see murder victims. So it would seem a bad idea to broadcast photos of dead victims on the Web. But that’s what an emergency medical technician in New York City did last spring, when he allegedly posted Facebook photos of a victim who had been strangled with a hair-dryer cord. He lost his job.

6. A Football Fans Fanatical Support Gets Him Fired

Dan Leone, a Philadelphia Eagles stadium operations worker, was unhappy with the NFL team’s decision to let Brian Dawkins, a safety, sign with the Denver Broncos. So Leone vented to his pals on Facebook, declaring: “Dan is [expletive] devastated about Dawkins signing with Denver … Dam Eagles R Retarted!!” He later deleted the post, but the Eagles fired him over the phone a few days later.

Thirteen emergency room nurses and other staffers at Harrisburg Hospital in Pennsylvania were fired after a rousing–and racist–group chat on Facebook. Several of the nurses sued for unemployment compensation; that suit is still pending. They also plan to sue for wrongful termination.

8. Time Off  For Bad Behaviour

When 16-year-old Kimberley Swann decided to chronicle her new job as an office administrator at Ivell Marketing and Logistics in Essex, U.K. on Facebook, she didn’t waste any time. Her first post read: “First day at work. Omg (oh my God)!! So dull!!” Two days later, she complained, “All I do is shred holepunch n scan paper!!!” Her boss discovered the posts three weeks later–and fired her.

Virgin Atlantic fired 13 of its cabin crew members after they aired nasty thoughts about the airline’s safety standards and calling passengers “chavs”–English slang for poorly educated young people. The critics also claimed that the planes were full of cockroaches and that the airline replaced its engines four times in one year.

Ashley Payne, a teacher at Apalachee High in Winder, Ga., posted some off-color language along with photos of herself traveling, and drinking, throughout Europe. That’s not exactly the kind of example the school principal thought she should be setting, and asked Payne to resign. Payne later sued the school district; the suit is pending.

11. A Pervy Boss Gets His Revenge

In the U.K. a Facebook user named Lindsay told her friends: “My boss is a total ‘pervvy wanker.'” Too bad her “wanker” boss was also a friend on Facebook. His reply, on Facebook: “Don’t bother coming in tomorrow.”

So have you heard of anyone losing their job from what they shared on Facebook?