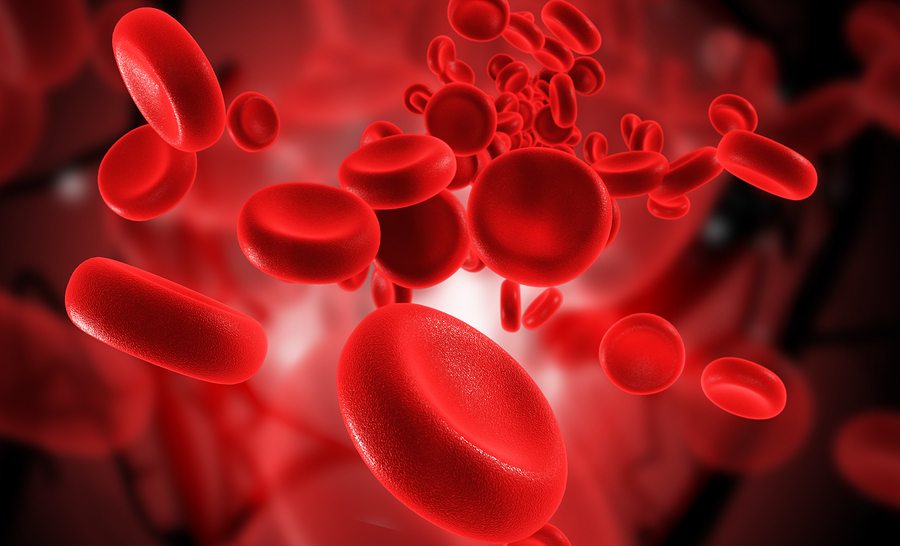 The concept of viral marketing has taken up the time of modern marketers for around 10 years now.

This attention has been warranted from a marketers standpoint as some effective marketing has been done. It has also paid off from a consumer standpoint in that plenty of interesting content has gone into their ever hungry eyeballs.

But have you gone viral yet?

Why you’re not going viral

In 2008, Seth Godin explained on his blog what viral marketing was like then. A common problem occurred when marketers would be working on a poor product with little money or time for a proper campaign:

“They slap some goofy viral thing on top of it and wait for it to spread. And if it doesn’t spread, they create a faux controversy or engage a PR firm or some bloggers and then it still doesn’t work.”

That was the name that viral marketing was building for itself back then. Have we learned much since?

What is viral marketing now?

“Viral marketing is the rapid sharing of an idea, a portion of this idea contains a marketing message about buying a product or service.“

All kinds of things go viral online: Grumpy cats, children after a dental visit, stunts that would have been on “America’s Funniest home Videos,” and Katy Perry videos.

Which of these could actually be considered viral marketing? Katy Perry videos!

Why is this? Because each Katy Perry video contains a key message: “buy my album“. It doesn’t matter if you create a video, blog entry, tweet, Facebook post, or email that goes viral. If it doesn’t contain some aspect of a brand message…it isn’t viral marketing!

Katy Perry shows us that viral marketing can be a message contained within content. As Seth and the link above mention, there is another type of viral marketing to cover.

Look at products such as Hotmail, Facebook, YouTube, Gmail, Snapchat, dating websites, and Craigslist. They all have one thing in common: they are products that went viral. These are the ideal viral marketing opportunities as these products get better when more people use them. I don’t to discuss these properly, but it’s essential to know that they exist for a complete view of viral marketing.

One of the worst viral marketing failures was by Kellogg’s UK. It has been named the “ReTweet to Feed a Hungry Child” campaign. Kellogg’s has a long standing Give a Child a Breakfast charity. This is program is part of their charitable arm. All well and good so far, right?

The failure happened when this poor choice of messaging was made in less than 140 characters: 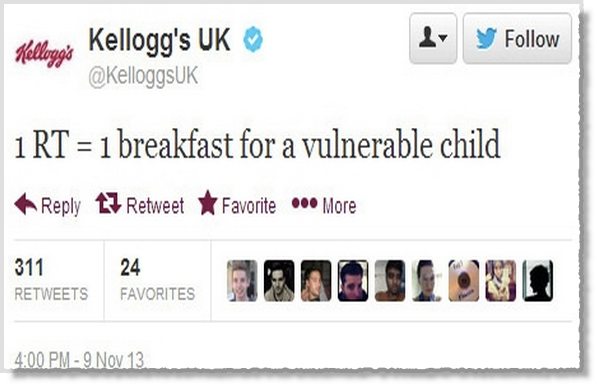 To someone who knew the charitable work of Kellogg’s, this tweet may have been fine. To most, the message stank of an attempt at a viral campaign that held the hunger of children hostage. The overall feeling was best summed up by Twitter user @botanygeek:

Not only did this viral marketing attempt fail, but it caused the company some PR heat as well. They later apologized, but the slight upon their image was done:

Why did this attempt at viral marketing fail so spectacularly? Because they put the cart before the horse. They tried to push a brand message without telling anyone what the message was. A better tweet would have been:

“RT to help promote our #GiveaChildBreakfast campaign. Click the link to learn how we help those in need: url.ofwebsite”

This would have alerted people to the good work they do, encouraged retweets, and started a hashtag for them. They would also make people feel like they’re part of something, rather than being used for promotion.

Their failure was focusing on the viral aspect of viral marketing. Never forget that you:

Let’s look beyond the typical “make something funny or interesting” advice. Here are five key viral marketing tactics that have worked before, and will work for you.

1. Think outside of traditional marketing

Images of your product in a supermodel’s hand as she sits looking bored and passive are not going to work in a viral marketing context. To advertise their new LED TVs, Samsung strapped some LED lights onto sheep and ‘created’ works of art. The jump from LED TVs to LED sheep is a big one, you have to make that jump to get to the 19 million views of this video.

2. Bring your marketing into the real world

This is where my previous mention of “America’s Funniest Home Videos” becomes relevant. A large number of successful viral marketing campaigns involve real people reacting to imagined situations. Think about TNT’s ‘Drama Button’ campaign. It brought the drama of an intense show onto the streets of Belgium, shocking the real people on the streets. People loved it because they could see themselves in those reactions.

3. Take your products to extremes

Say you sell a boring product that has been seen countless times in homes and on TVs doing its job, like blenders. BlendTec was a company in this situation. Their Will it Blend campaign saw them use their blenders on nearly every Apple product, copies of the latest popular video game, paintballs, and DVDs of Justin Bieber. If you can’t see how that type of content can spread rapidly, you’re in the wrong business.

4. Reward your customers with your product

My favorite example of this right now is Pepsi’s #FutbolNow campaign. They have installed video games into the front of their machines. The game is a soccer challenge that tracks your real movements and judges how well you can juggle a soccer ball. You are rewarded with a free Pepsi if you reach a certain score. What’s the cost of a few cans of Pepsi next to drawing constant attention to your machine?

5. Team up with unlikely partners

Working with people outside of your usual industry can help you create a buzz for both of your companies. The TV show The Walking Dead teamed up with UC Irvine to create an open online course on what a zombie apocalypse would be like. Zombie lovers ate it up like free brains. Both the show and the university benefitted. HP teamed up with Kiva to allow HP employees an extra $25 to donate to the Kiva project of their choice. Both HP and Kiva gained exposure, while worthy charitable causes received funding.

These are five examples of viral marketing techniques that can be applied to virtually any product or service. They clearly illustrate that the public want their advertising, the kind that they actually pay attention to and spread in a viral context, to be entertaining or useful to them in some way.

This “use” can be as simple as wanting to see a hated popstar get his image shredded. It can be finding out how to survive a zombie apocalypse. Besides use, today’s consumers want to feel like they’re part of your product. This can be as simple as rewarding them with your product for an action, or including them vicariously through visual content that incorporate people just like them.

Guest author: Matthew is the social media writer over on Blog.Devumi.Com. He covers the latest Google developments, and offers advice on YouTube, Pinterest, Twitter, SoundCloud, and other popular social media marketing platforms.