How to Get One Million+ App Downloads Using App Localization 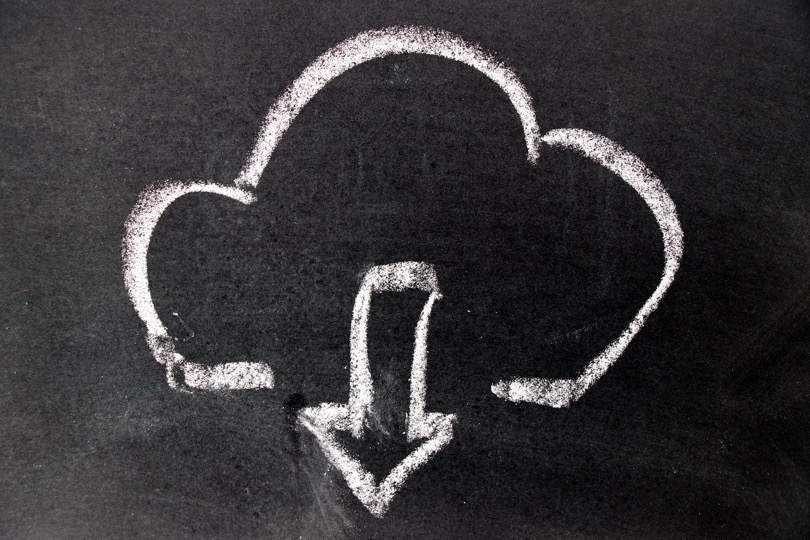 Months of coding, weeks of rigorous testing and after an anxious wait for the app stores’ approval, you have finally released your app to the digital world.

In the end, an app’s success is always measured by the number of downloads it acquires.

No matter how great the user experience is, or how significant the problem is that your app solves, if it does not manage to win downloads and climb up the top downloaded apps leaderboard, it will soon be forgotten.

There is a proven technique that can help maximize your app download count on a global level.

App localization refers to the process of making your app attune to the local needs and behavior of your target audience. App localization happens not just in terms of language translation, but, also in several other aspects like, the app’s name, the keywords used in the app description, currency, measurement metrics, local symbols, icons, date and time zones, and so on.

Here is what you will see if you are going to use Clash of Titans in English and Chinese versions. The app language has been translated so that users feel more connected to their local geography. 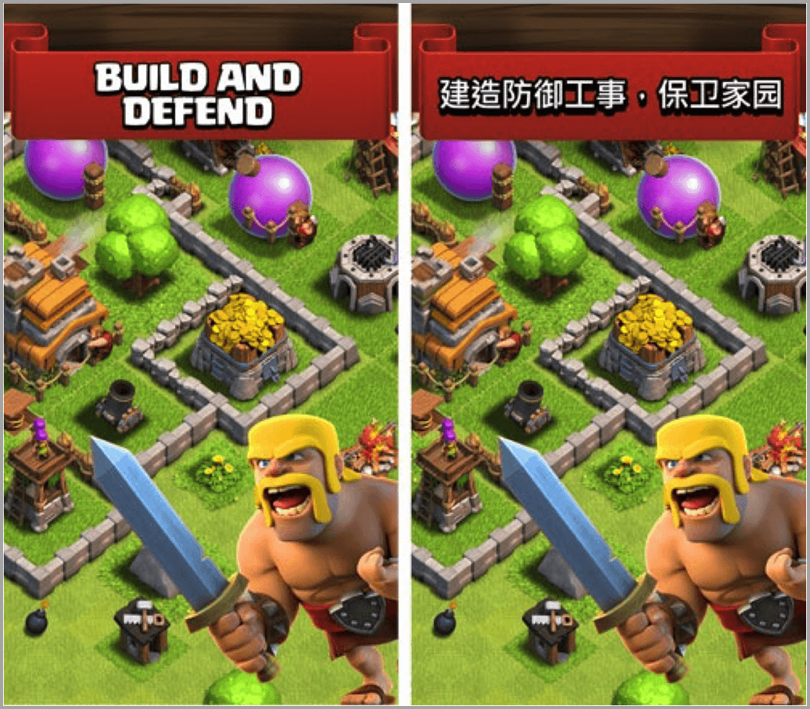 But, why is app localization important?

App localization is key to winning and retaining app users. A study by Statista found that 48% of users stop using apps and uninstall them if the apps are not localized properly.

Another thing to consider is that not all of your app users will be familiar using English as a conversational medium. This could cause them difficulty in using your app. Hence, the inevitable need for app localization.

App localization helps forge a personal bond with users that makes them habitual users of your app.

Here are some ways you can localize your app so that it will help boost the app’s downloads.

App users need to understand your app in the local context. Right from ‘Sign In’ to ‘Sign Out’ and every action in between, the app’s content needs to be translated into the local language and with the relevant context. Machine translation or word spinning the content into another language can actually lead to serious issues. The end result could be gibberish or something meaningless that the user may not understand at all.

In some cases, it can give inaccurate information which can turn off users terribly! 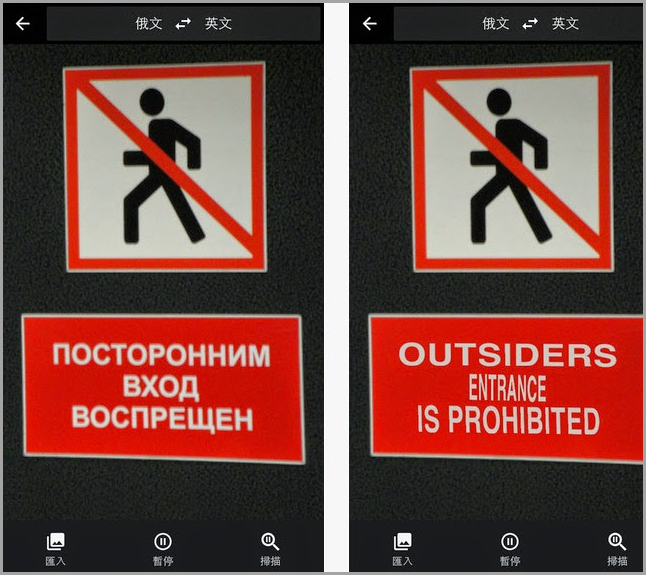 Poor translation reflects poorly on your app’s quality. That is why you must try to bring on board professional app translators for your mobile app translation and localization needs. This will speed up the process of translation to a local language.

There are several factors at play that make your app rank higher on the app store leaderboards.

Here is a fake app of WhatsApp.

Do you see the number of downloads?

Now here is the real WhatsApp messenger. Note the number of downloads. 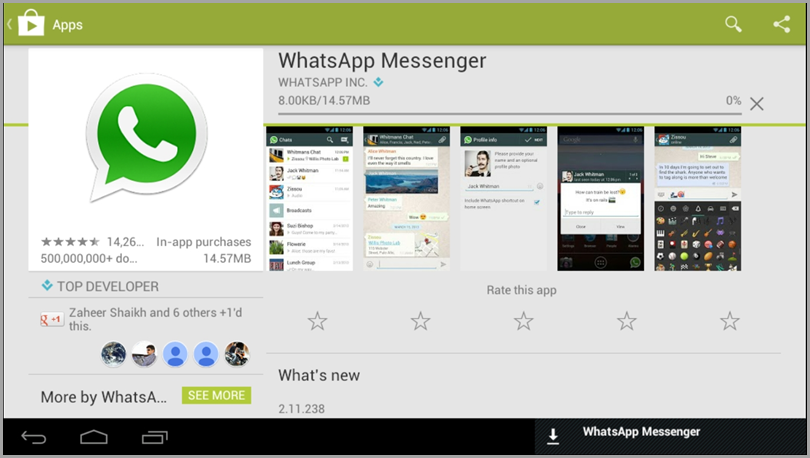 True ownership of an app makes a huge difference in getting an app ranked higher in app store searches.

Use videos and images to promote your app

Although apps are bite-sized files that are easy to download and quick to install, nobody wants to go through multiple app downloads before they can find the best one.

Here is where app screenshots and promo videos come into play. They help the user get a grasp of how the app looks and works on the inside without having to install it. It makes them sure of whether it is the right app that they want to install and use.

Here is Khan Academy giving a lot of helpful information about its app through detailed screenshots: 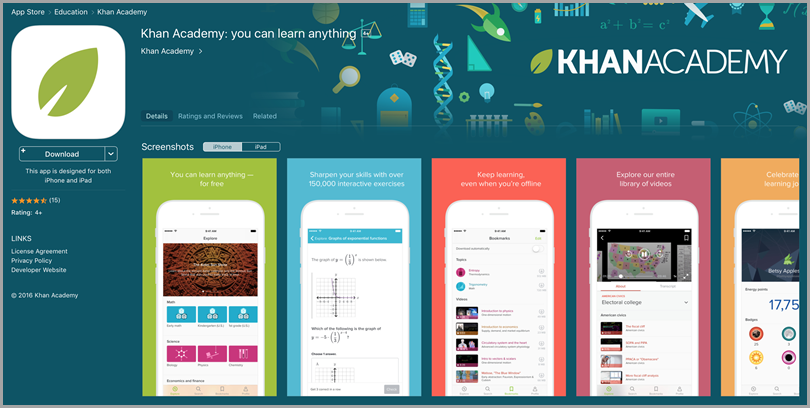 Just like a new app that goes through several stages of testing before it is released to the public, a localized version of an app should also be tested to iron out issues.

The only difference is that the testing will be more on linguistic grounds than on the technical side. The focus will be to find issues with the content, its localization and how it is presented on the app screen.

Attention is paid to spot issues with line spacing, spelling, grammar, contextual correctness, accuracy and overall adherence with the design. The design also might need to be tweaked a bit to make the app localized.

For instance, in the Android Play Store, the app icons come in various shapes, whereas in the Apple iTunes store they are contained within a rounded square. These kind of minor details will make a huge difference for app users. 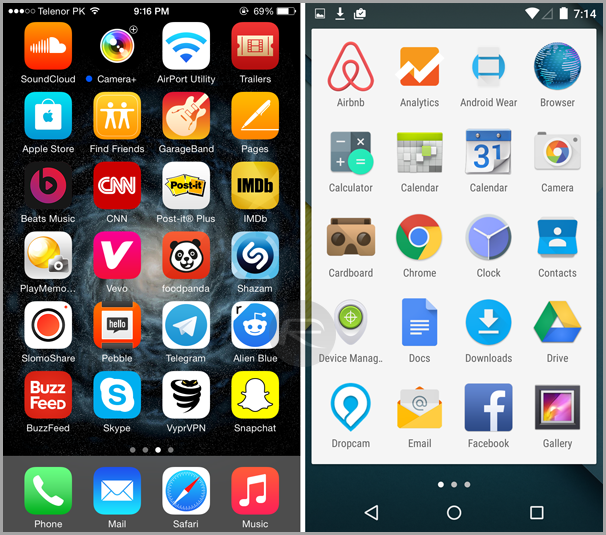 Bringing it all together

The internet has brought the world closer than ever before. Someone from another continent is easily accessible, thanks to apps like Facebook Messenger, WhatsApp, WeChat, Skype and the likes.

With millions of apps being released on app stores on a daily basis, it is quite a challenge to get your app noticed and downloaded by users. App localization takes care of that. It ensures that your app will reach a local audience and turn them into habitual users.

Guest Author: Megha Parikh is a digital marketing expert and has been journeying through the world of digital marketing for more than 7 years. She especially enjoys learning about social media marketing and conversion rate optimization.