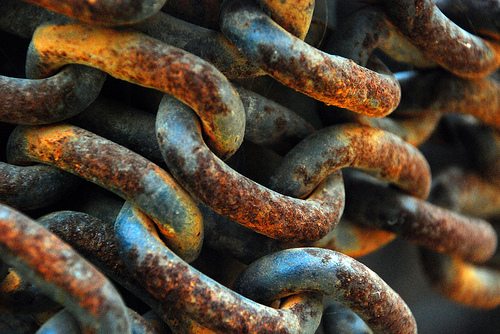 We upload photos to social media sharing sites such as Flickr and give them titles and descriptions.

Creating content that is worth reading and and inspiring enough to make it shareable takes time, effort and persistence.

Once you have gone to the effort of producing, editing and publishing, then the real challenge is to market your inspiring writing and your creative multimedia creation to an expectant online audience.

Social networks provide the means and the leverage to distribute the information to a potential audience of 2 billion internet users.

Successful bloggers and social media aware companies understand the importance of marketing their on-line assets and ideas with updates to Twitter and Facebook with embedded links to drive traffic and clicks.

The Web is Crowded

The cruel reality is that the web is crowded with hundreds of millions of blogs, websites and social media sites and the competition for attention in a sea of noise and buzz is so intense that most links drown before they are noticed.

Most clicks to your links in your tweets happen immediately after you have posted an update to Twitter. As time passes the retweets and Facebook likes and sharing of the links diminishes. As the link ages, the attention your links receive reduces.

So how long is a link “alive” before people stop caring and does the type of content and where you shared it matter?

According to research by Bit.ly (the link shortening service used by millions of  users), after the initial post to Facebook the half life of a link was 70 minutes (the amount of time at which this link will receive half of the clicks it will ever receive after it’s reached its peak)

This shows the difference between Twitter (which is more a stream of links) and Facebook which is a destination where link life isconsiderably greater.

What was also noticeable is that the pattern of the clicks to a link essentially have the same pattern: a fast rise, and a more relaxed drop-off.

What is the Half Life of a YouTube Link?

In looking more closely at their 1,000 most popular links on Bit.ly they also discovered the following

So it appears that the type of content also matters with YouTube having the best link longevity. 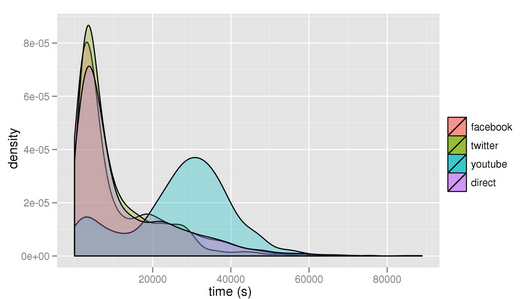 What wasn’t covered by the study was the social media site Slideshare (where you can upload and share your PowerPoint presentations), which  I would suggest would reveal link endurance that would exceed Twitter or Facebook and possibly YouTube

Creating your content is just the start, sharing it on social media channels will give it life and wings.