Shortly after announcing Google+, Google removed a feature that went almost unnoticed and that was “RealTime” search. This feature provided users with a search capability that included tweets on Twitter that provided breaking news and other links  in real time. 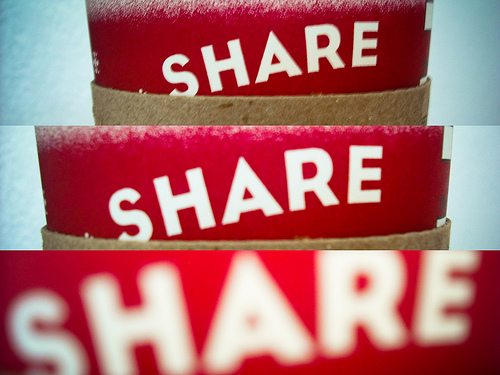 “We’ve temporarily disabled google.com/realtime. We’re exploring how to incorporate Google+ into this functionality, so stay tuned”

Google also said that it hadn’t renewed its agreement with Twitter (which had originally been struck in 2009)  that enabled this feature to be offered. So if you want “real time” search then Twitter is where you will have to take your keywords and phrases for the moment.

The Battle for Social

This small change to Google’s search features reveals an evolution of the web that is an early indicator of the growing battle for social that will over time produce winners and losers but will also create a web that will surprise you with its speed and capabilities. The announcement and launching of Google+ saw Zuckerberg respond with a a Skype feature offering free video calls and promising more to come.

The survival of the social species is a digital battle that will create opportunities and disrupt traditional business models for decades to come.

Social is about Sharing

All marketers know that if you can make something so shareable that it goes viral then you will produce results for brands that will sell products, make people famous and maybe even position your agency as part of marketing folklore.

You only have to look at viral videos such as the Old Spice YouTube videos to see the results of that.

Where is all the Sharing Happening?

Google proudly announced 2 weeks after the Google+ launch that it was sharing one billion  items per day. Mark Zuckerberg revealed at a recent announcement that on Facebook

Where does Twitter Fit in this Sharing Social Web?

Twitter revealed (via a tweet of course) that it is sharing 350 billion tweets a day that makes the Google+ announcement seem rather dismal at only 1 billion.

The amount of sharing and traffic that Twitter drives is not always obvious from your referral traffic when you check your Google Analytics or WordPress stats. In fact there are now 1 million registered Twitter apps that are sharing every day

Twitter Drives 4 times as Much Traffic as you Think

According to data collected from Awe.sm over the last 6 months the referral traffic you see on your website or blog is less than 25% of the traffic actually driven by Twitter.

This is what the data revealed. 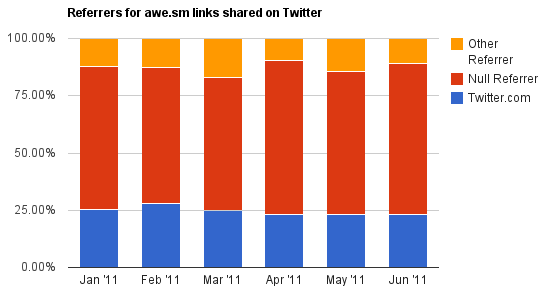 So Google+ has the headlines and the the hype and Facebook has 750 million users but don’t forget Twitter in your marketing, it still is a sharing power house that keeps on giving.