Last year Ford like every other car manufacturer was in trouble, sales were down and profits were replaced by losses.

Despite the situation Ford did not play it safe with its marketing and spent more than double on digital marketing than its competitors including an extensive social media strategy including a socially vibrant social media marketing campaign led by the inspiring head of  social media for Ford, Scott Monty, with its pre-launch of its Ford Fiesta. 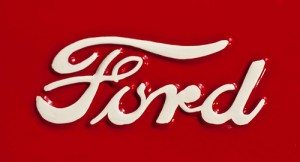 This campaign delivered a 38% brand awareness without a dollar spent on traditional media that  exceeded existing car models brand awareness that had been on the market for over 2 years.

One other thing that Ford CEO Alan Mulally did was to recruit a new VP of Marketing and Sales, Jim Farley from Toyota, (who had led marketing for the luxury brand Lexus) where at their first meeting mapped out a global integrated product strategy. As part of this global strategy Ford is about to embark on another social media marketing campaign that is not USA focused but global.

One of the major benefits that social media and digital marketing provides is that it spans borders and oceans seamlessly (websites and social media platforms can translate at the touch of a button).

Print media and traditional mass media  such as TV are always country or even state centric and as such spreading your brands message globally is much more expensive and slower than digital and social media marketing campaigns that can be launched in days rather than months.

So what is the new social media marketing campaign for launching the all- new Ford Focus globally? 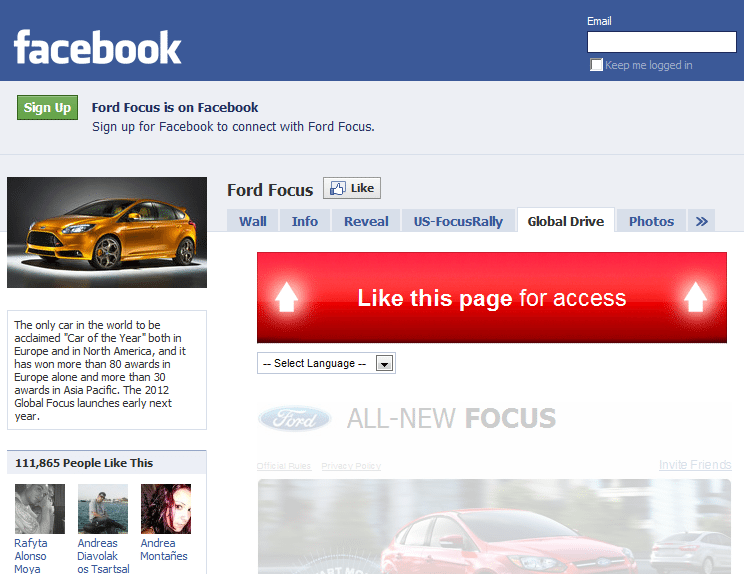 So will this Ford social media marketing campaign for the Ford Focus be successful?

At this stage they have over 111,000 fans but there are only two applicants one month after the announcement at the beginning of the September, but maybe the Facebook page has just been launched.

Will the Europeans embrace this type of social media marketing adventure like the Americans did with the Ford Fiesta Project?

Maybe I should apply myself as I would like to visit Europe again after having such a great time earlier this year.

We will revisit this soon!

If you want to read more about Ford’s digital marketing and their recent successes in the showroom and on the Web read the article “Marketer Of The Year: Ford Motor Co.” at Adage