Brain surgery takes many years to perfect. Most of the people that require it are thankful that the surgeon has to pursue a rigorous course of learning.

Just imagine the problems that would occur if you were able to obtain  the right to operate by filling in a survey on the back of a cereal packet.

It would not create a more intelligent nation but I am sure the lawyers would be happy!

A recent survey by Momentus Media discovered a fact that is not brain surgery and increases your interaction rate by 216% on your Facebook page!

They analyzed 49,266 Facebook page posts to compare interaction rates for for posts containing

The results revealed something which is essential but often not done by many marketing professionals and that was that a “call to action” (or CTA) will increase your chances of interaction over not asking at all! 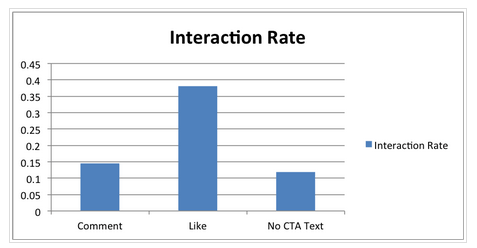 The survey also observed that only 1.3% of status updates analysed even had a call to action.

Why the Correct Call to Action is Important

The results for no call to action as being the most likely to elicit very little interaction was not surprising but what was surprising was that asking for a “like” increased your chances by 216% over asking people to “comment”.

So just by using a ‘better’ word in the call to action more than doubled your interaction rate.

It ain’t “Rocket Science” but it is good to know what works and what doesn’t.

For me I am going to ask people more often to “like” me, are you?