Have you started noticing the following symptomatic behaviours?

1. The laptop is now spending more time in your bedroom rather than the office

2. Your checking your Facebook updates before you go to the bathroom in the morning 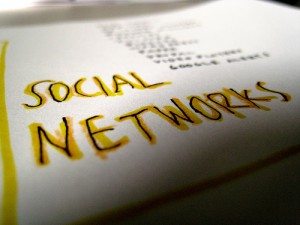 3. You communicate via a Facebook private message rather than use email

If  that is the case you are not alone. Recently I was having a conversation with a friend of mine and he had been trying to contact a relative in another country and despite trying numerous types of technology such as email, SMS and telephone was not immediately successful. Finally he was  able to get in touch and when they had a conversation her initial response was “why didn’t you contact me on Facebook?” 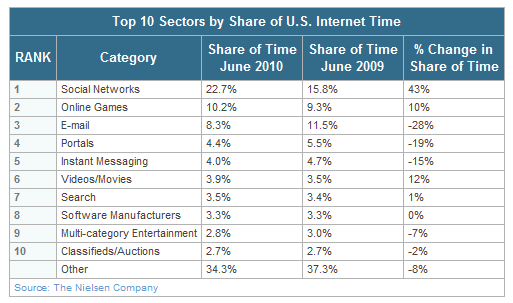 This graphic image really highlights the domination of online time by social networks. What should also be kept in mind is that a lot of online gaming is actually social gaming (people competing in online games as a social network activity) and should be included in some part of the activity time online in social networks. 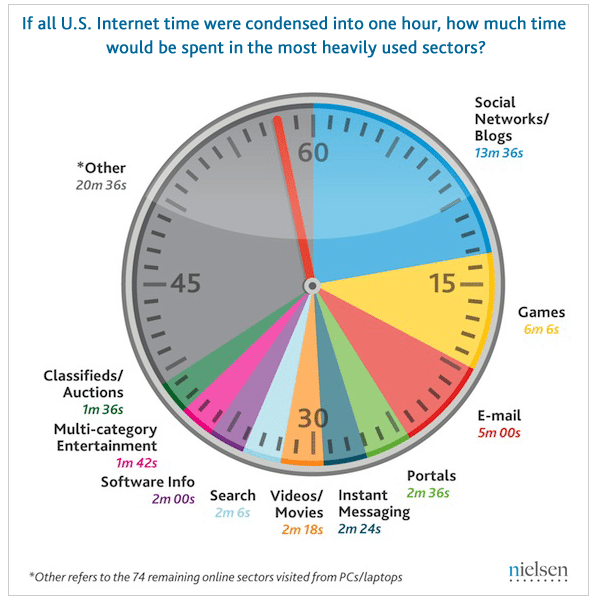 Some of the other findings were.

It appears that the way we communicate is rapidly changing and companies and brands need to aware of this in their marketing and communication planning.