Social media is no longer just about Facebook. Social media is splintering and fragmenting as more users find increased activity about their interests and passions residing on other social networks. 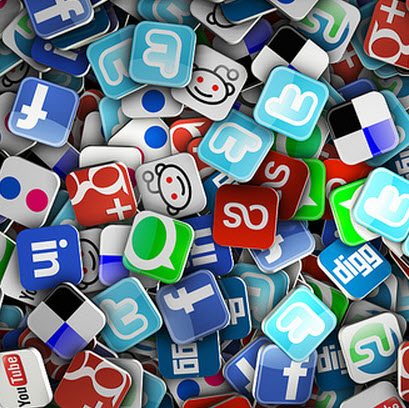 Facebook knows that it cannot evolve internally fast enough to keep up with this dispersion and so is resorting to identifying and buying fast emerging start-ups such as Instagram.

Through the rapid rise of smart phones and mobile platforms globally such as tablets led by the surging iPad, the way we use and view media is changing business and marketing.

Maintaining your business marketing momentum on a social web requires constant updates to identify and understand how and why users are using social networks.

Here are some of the latest social media usage statistics, facts and figures to help keep you on top of the rapidly changing social media ecosystems.

If you want to observe two technology addictions in this digital world then you only need to walk down a city street and see where people are looking. Its a mobile screen checking out a mobile social app. It is what people check before bouncing out of bed in the morning and before turning off the light at night.

So what are some of the facts about this mobile social media addiction on Facebook’s social network?

Twitter in the last 12 months has become much more popular for the younger generation who didn’t understand it or care before.

Since this Infographic below was created, Twitter has passed 500 million users according to the analytics firm Semiocast.

This social network has now hit 400 million registered users and has 100 million monthly active users according to a Google’s Vic Gundotra.

Some other facts and statistics about Google+ include:

Sourced from the Pardot Blog

LinkedIn is the quiet achiever on the social network scene. In the last couple of months it has upgraded its user interface to improve its usability and sharing capabilities. It continues to grow strongly with well over 150 million users.

What are some interesting facts and figures about LinkedIn?

The predictions for Pinterest vary from optimistic to world domination. It burst onto the scene about 12 months ago and is still maintaining amazing momentum. Some males question whether it is for them with the user base still skewed strongly toward females.

So what are some facts and figures that are worth noting?

Instagram is every start-ups dream. Invest some money and then get bought out after some blood, sweat and tears for a nice even $1 Billion by Facebook.

It has now passed 100 million users.

Some more interesting statistics sourced from Commscore include:

Want to know how to use it for business read more below:

It is now available on Amazon. I show you how to create and build a blog that rocks and grow tribes, fans and followers on social networks such as Twitter and Facebook. It also includes dozens of tips to create contagious content that begs to be shared and tempts people to link to your website and blog.