I recently attended a marketing event entitled “The Rules  of Online Engagement” where Michael Watkins of Mudo Media was a member of the panel. Michael and his company are Facebook specialists and are behind a very successful 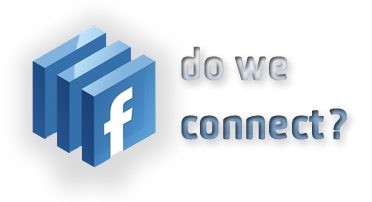 What was evident at the event was the high level of interest in Facebook by the audience in its continuing growth, issues and challenges and how to use it  for marketing your brand.

I have also found on this blog that posts about Facebook generate a lot of  reader interest so here are my top 5 Facebook posts in one spot.

3. Will These Competitors Slow Facebook’s Growth?

Facebook’s mindshare of popular culture and it’s goal of world domination is now becoming apparent …don’t laugh, I am sure that a Facebook TV channel is not far away, a movie about Facebook is about to be released and I am sure that branded pens and cups are also around the corner!!

Farmville is the maybe the  most loved and hated game on Facebook but that is another story. Most of you who read this will be on Facebook and may want to bore your friends and colleagues at your next dinner party or water cooler meeting with some trivia.. here is your chance.

Facebook has now passed 500 million users and it is a social media platform that cannot be ignored. Many companies are struggling with their efforts to use it effectively. There is also a lack of research on  how to best useFacebook for brand marketing.  So when I came across this Facebook research report conducted by the Altimeter group I thought it was worth sharing.

As 70% of  brands indicated that they planned to increase spending on offsite social media involvement in 2010 (including Facebook) so it is imperative that companies have the right guidelines so they save time and money in their efforts for Facebook marketing success.

This includes what fans expect from brands such as deals, tips, support or just news and information.

Create a familiar experience for fans and differentiate  a brand’s page from other brands. Brands must complete their profile information, upload branded logos and maximize profile pictures. Create custom features and applications that resonate with your brands theme..

3. Will These Competitors Slow Facebook’s Growth?

Facebook is battling with an awareness that it takes it’s users for granted as it makes changes that both infuriate and frustrate its subscriber base.

There are user groups springing up such as

These movements are an indication of  the level of discontent especially on its privacy controls. There are also people inceasingly having their accounts hacked and hijacked with spam messages and links being sent to users friends (that happened to me only this week).

I don’t know whether you have started to  notice that a lot of people are wanting help with their cows and ducks on Facebook (and I am finding it a touch annoying as I am not fond of cows) and is due to a very popular online game called Farmville. What prompted me to write this list germinated when the few Farmville updates turned into a stream and then into a raging torrent. On Facebook you can actually turn this stream off in the settings section which is a good thing as I have stopped counting sheep when trying to go to sleep and started counting bovines… by the way Mashable have a post that shows you how to block those fascinating Farmville updates.

So what have the settings for controlling Farmville streams have to do with not sharing certain things on Facebook. Well there are settings on Facebook that allow your updates to be made very public or private  and Facebook’s latest privacy changes in the last few months have actually made more information and photos public in its bid to open up the previously very private walled garden of Facebook (unless you go back to your settings and reset the privacy controls) in its bid to compete with Twitters real time open stream of information in this increasingly competitive social media world as more marketers start implementing social media marketing campaigns likeFord, General Motors and Tourism Queensland (Best Job In The World).

So  to protect your reputation, personal brand, your bank account and your privacy you need to be very careful what you write and post on social media channels.

Twitter allows you to write very short stories (140 characters) and MySpace is forpublishing music and music videos.  LinkedIn is for publishing information about yourself and to encourge networking. The Web has become the largest publishing and photocopying machine the world has ever seen.

To put togther an article or a book 20 years ago was arduous and very few people got to see it as the web was not on public display but buried in University research labs and offices and the software tools did not exist to easily and quickly create anything much more than a text document.

When blogs emerged in the 1990′s they were very much text based but have evolved into multimedia platforms where can embed your YouTube Videos as well Slideshare and paste in your Flickr images to embelish your text and story.

Facebook the social media giant has since arrived on the scene and developed into a multi-media rich social networking portal where you can invite all your friends and share your story with minimal friction. To publish and share in 2010 is ‘dead easy’ and that is what most people want, they just want to be given a tool that doesn’t require plugins or widgets and just ‘do it’.

Creating, maintaining and developing a blog takes a lot of  research, time and  effort with determining what plugins to use, what widgets to embed or what email and RSS subscription platforms to use rather than just signing into Facebook.

Nielsen research is showing that traffic to to WordPress and Blogger the two major blogging sites is stagnating, while Facebook’s traffic grew by 66% last year and Twitters by 47%.  Morningside Analytics, an analytics market research firm has discovered a ‘vast field of dead blogs’ in Indonesia that have not been updated since May 2009 which directly corresponds with the arrival of the Indonesian version of Facebook.